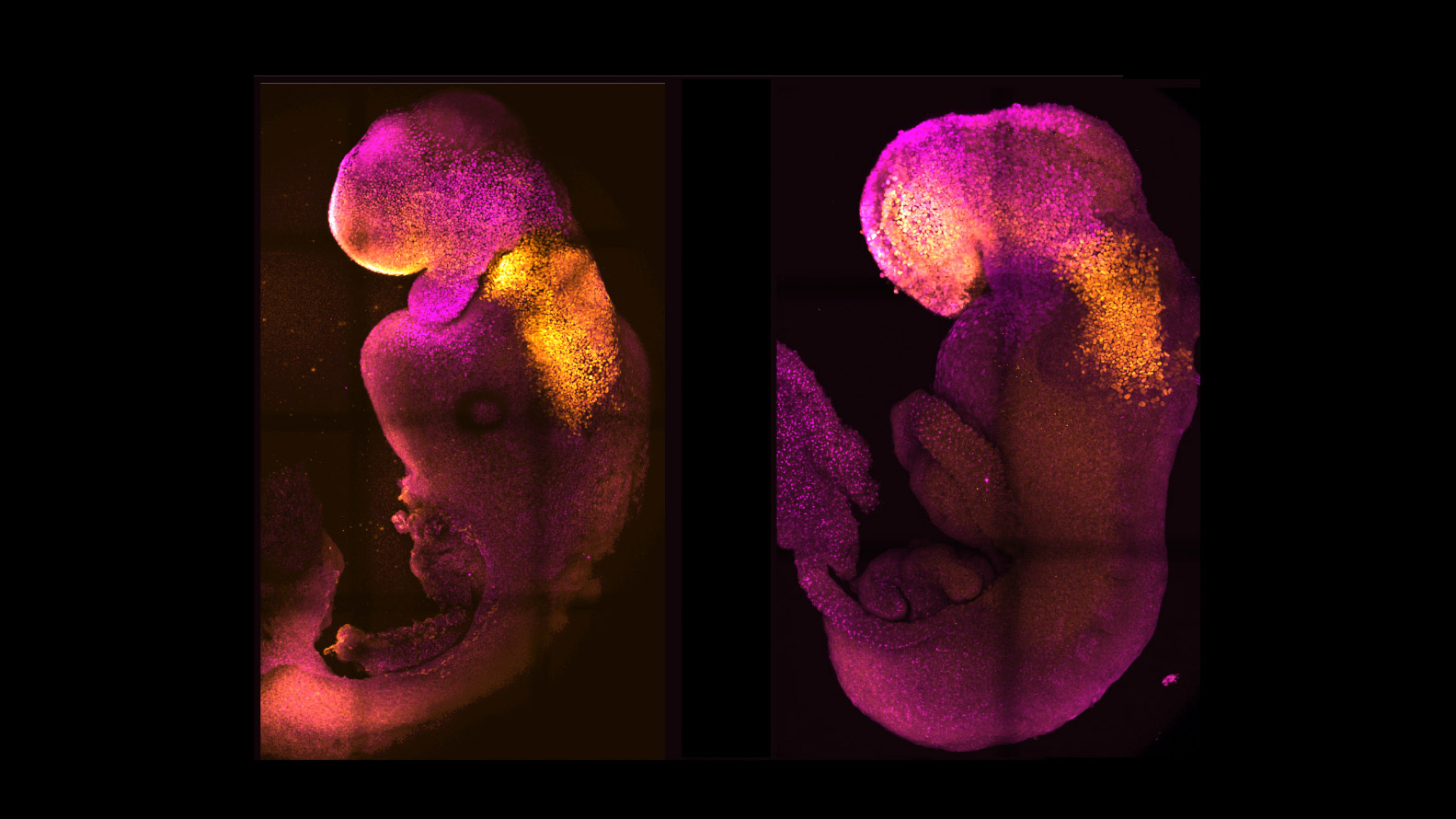 While other researchers had created mouse embryos from stem cells, none had reached the point where the entire brain, including the anterior portion at the front, began to develop, according to the researchers from the University of Cambridge and the California Institute of Technology.

The findings, described in a paper in Nature today, could help scientists learn more about how human embryos develop and provide insights into diseases, as well as providing an alternative to animals for testing.

The new model embryos, which bypass the need for sperm or egg cells, were developed in the lab alongside natural mouse embryos. They mirrored the same stages of development up to eight and a half days after fertilization, developing beating hearts and other foundations of organs, including the neural tubes that eventually turn into the brain and spinal cord.

“I think it’s a major advance,” says Leonardo Beccari from the Center for Molecular Biology Severo Ochoa, in Madrid, who was not involved in the research.

Studying how mouse stem cells interact at this point in development could also provide valuable insight into why human pregnancies fail during the earliest stages, and how to prevent that from happening.

“This is really the first demonstration of the forebrain in any models of embryonic development, and that’s been a holy grail for the field,” says David Glover, research professor of biology and biological engineering at Caltech, a coauthor of the report.

The embryos were developed in an artificial incubator created by Jacob Hanna of the Weizmann Institute in Israel, who recently kept realistic-looking mouse embryos growing in a mechanical womb for several days until they developed beating hearts, flowing blood, and cranial folds. Hanna is also a coauthor of the new study.

By mimicking the natural processes of how a mouse embryo would form inside a uterus, the researchers were able to guide the cells into interacting with each other, causing them to self-organize into structures that progressed through developmental stages to the point where they had beating hearts and foundations for the entire brain.

The team also removed a gene called Pax6, which is essential for the formation of the central nervous system and brain and eye development, to test how the model embryos would react. The synthetic models went on to exhibit the same known defects in brain development as a natural animal carrying the mutation. Next, the researchers are interested in knocking out genes with unknown functions in brain development, which could shed light on the cause of some defects.

Human model embryos could play a significant role in helping scientists understand why certain gene mutations happen, and they could help in testing potential treatment for a range of disorders.

While the synthetic embryos were able to reach the same developmental stage as the natural mouse embryos, they stopped growing around halfway through a typical mouse pregnancy period of 19 to 20 days, and they failed to develop past the eighth day. Hanna’s lab experienced the same problem, and the researchers don’t yet understand why.

The researchers are already working on a synthetic placenta-like structure that they hope will allow the synthetic embryos to continue growing one or two days past the eight-day mark.

Pushing past that point will be very important for developing new drugs and establishing which drugs are compatible with natural development, says Magdalena Zernicka-Goetz, a professor in mammalian development and stem cell biology in Cambridge’s Department of Physiology, Development, and Neuroscience, who led the research. Her research into artificial embryos was named one of MIT Technology Review’s 10 breakthrough technologies in 2018.