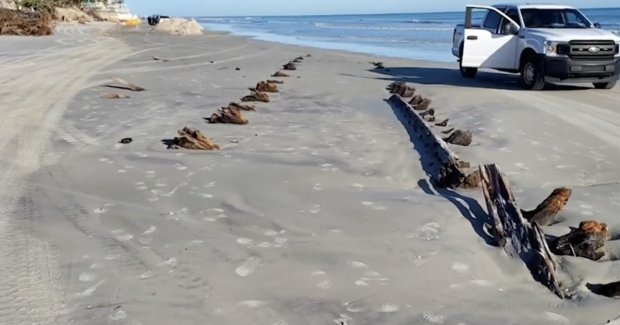 On a night when Paul Maurice was given a huge ovation by Winnipeg fans, the Jets gave them plenty more to cheer about thanks to a 5-2 win over the visiting Florida Panthers on Tuesday.

Mark Scheifele and Kyle Connor each scored two goals as the Jets closed out their four-game homestand with their fifth win in their last six games.

While slow starts have become a major concern in recent games, that was not the case on this night.

“That’s the way we want to start games – on our toes,” said head coach Rick Bowness. “Anybody comes in here, we want to set the pace and we don’t want to sit back and let the opposition come in here and dictate the night. We dictated the first period.”

The Jets struck first and carried the play for much of the opening period with a 14-7 edge in shots. They had a 2-1 lead after 20 minutes, but could have been up by two or three goals after several close chances.

“We’re more clear on what we want from our starts,” said Scheifele. “So, I think that helped a lot. Each line did it to pretty much perfection. We were hot off the start and that led into the rest of the game. So, we got to keep that mentality and bottle it up for each and every game.”

The Jets power play continues to gain traction as they went 2-for-4 on the man advantage.

“I thought we competed really well,” said Connor. “We found little 2-on-1’s all over the ice to take advantage of. I thought we had really good support. They really like to press high. So, when that happened, we had to draw them out, and move the puck, and find the open guy. I thought we did that really well.”

Maurice received a standing ovation from the home crowd during a first period TV timeout, and the opportunity to beat an ex-coach always provides a little extra motivation.

“I’m not gonna lie, that was a good win in my books,” said Scheifele. “Pretty happy with that one. But at the end of the day, we’ve moved on. We’re a different team this year than we were last year, and it’s been exciting for a lot of us. I think you see the rejuvenated faces in this room.”

Pierre-Luc Dubois had three assists and is now riding a six-game point streak where he has three goals and six assists.

The Dallas Stars lost to the Toronto Maple Leafs 4-0 on Tuesday, so the Jets moved into a tie for first place in the division with two games in hand on Dallas.

READ MORE: Panthers coach Paul Maurice gets emotional in his return to Winnipeg

Scheifele opened the scoring at the 13:20 mark of the opening period with the Jets on the power play as the puck found him right in front of an open net.

But Florida was quick to answer with a power play marker of their own. Just 51 seconds after the Scheifele goal, Carter Verhaeghe ripped a shot over the shoulder of Connor Hellebuyck to tie the game.

Before Jay Richardson could even finish announcing the Panthers goal, Connor fired a shot on goal that Spencer Knight didn’t seem ready for as it snuck past him to restore the Winnipeg lead.

All that chaos followed a tribute to Maurice and assistant Jamie Kompon that took place in the second broadcast timeout of the period. The two men who spent many years on the Jets bench were given a standing ovation, and both coaches appeared to be genuinely touched by the response.

Late in the period, Matthew Tkachuk was given a five-minute penalty for spearing Brenden Dillon. The Jets blueliner was down on the ice for close to a minute before getting up, but officials reviewed the penalty and downgraded it to a two-minute minor for slashing. This prompted fans to boo Tkachuk every time he touched the puck for the rest of the night.

Winnipeg would not cash in on that man advantage, but early in the second, their lead expanded.

After a turnover in the Florida end, Dubois found Connor who wired a shot five-hole on Knight, ending his night after allowing three goals on 15 shots.

Winnipeg remained in complete control through the middle frame, adding another marker on the power play when Scheifele finished off a great passing play from Connor to make it 4-1 at the 13:23 mark.

Florida started to pour on the pressure after falling behind by three, firing 26 shots towards Hellebuyck in the second but they were unable to find the back of the net.

Just shy of the midway point of the third, the Panthers cut into the lead when Zac Dalpe scored his first of the season.

But there would be no big collapse in the third for the Jets on this night.

Moments after Sergei Bobrovsky was pulled for an extra attacker, Adam Lowry scored into the empty net to make it 5-2.

READ MORE: ANALYSIS: Jets a prime example of how the mood can change around a team

Hellebuyck stopped 38 shots to earn the win to cap off a 3-1 homestand.

Winnipeg’s next game is Thursday night in St. Louis. Pre-game coverage on 680 CJOB begins at 5 p.m.