Home Tech News Satellite from Stevenage will scan ‘the lungs of the Earth’ to study...
Tech News 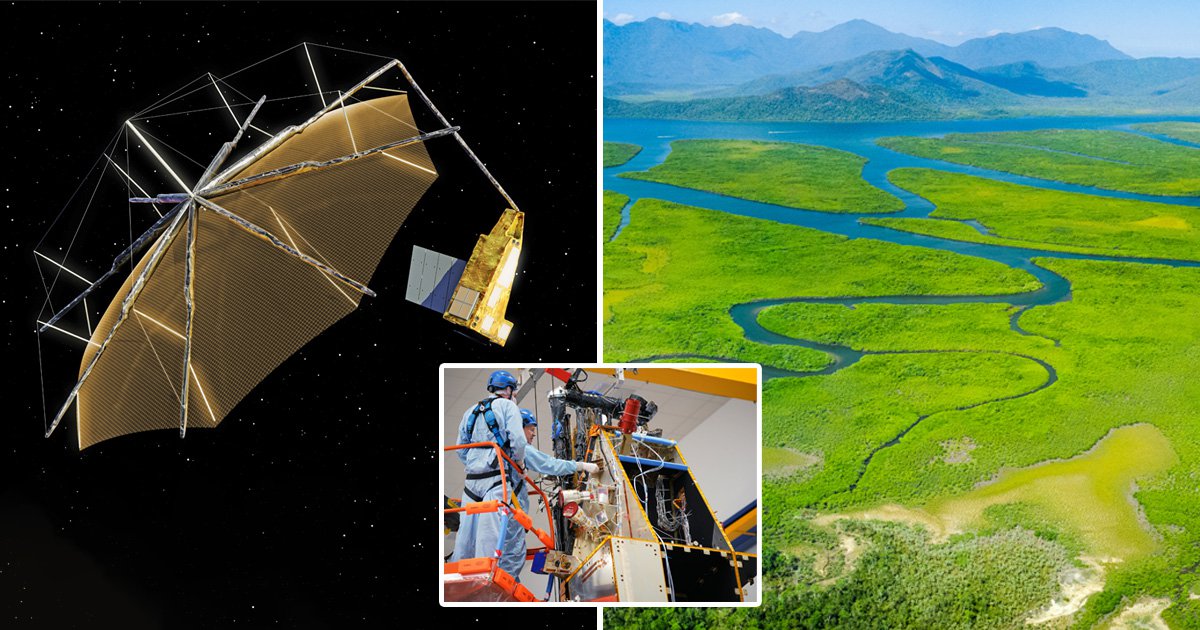 A satellite built in Stevenage, Hertfordshire will be tasked with measuring the entire biomass of planet Earth.

The mission will essentially take a scan of all our forests – the lungs of the Earth – penetrating through forest canopies and building a 3D image of them.

This will allow scientists to assess the effects of deforestation on climate change more accurately, significantly reducing the uncertainty around current measures.

Results of the satellite’s efforts will allow scientists to more accurately measure all the carbon they hold.

The data will also unite the world’s forests, with consistent, impartial measures of all the Earth’s biomass that will be available for anyone to look at.

Fittingly, the mission – from the European Space Agency – is called Biomass. And the satellite itself (due to launch in 2023) is being constructed at the Airbus factory in Stevenage.

Asked what impact he would like the mission to have, Professor Shaun Quegan from the University of Sheffield, who is the science lead for Biomass, said: ‘To help deforestation.

‘It’s to help foster the political will to look after our forests better, to give people information they can’t argue with that says, ‘Okay, we’ve got to do this better’.’

He added: ‘If you’ve got one instrument so when you switch it on, it’s giving the same stuff, time and time and time again, and they’re all the same, then it’s got the consistency and impartiality, that allows you to talk sensibly about the whole picture, which at the moment, you can’t do.’

Maria Cody, head of Esa policy at the UK Space Agency, said: ‘The really important thing with this is because it’s satellite and you’re revisiting the measurement, you can actually see if there is a degradation or a destruction of forests, you can actually model what that impact will be and take action quite early on to correct that.

Biomass is expected to be ready for launch at the end of next year and the main instrument – a specific type of radar – has been delivered to Stevenage ready to be installed on the satellite.

It not only sees through cloud cover, but penetrates the canopy layer which allows the actual biomass of trees to be estimated.

Biomass is the first satellite to carry a fully polarimetric P-band radar which has a wavelength of around 70 cm, meaning it can slice through the whole forest layer.

This will result in the signal being scattered back to the satellite according to individual elements of the forest, carrying information that can be used to work out measures such as forest biomass and forest height.

Prof Quegan said: ‘This is completely radical, if you take, not just two slices, you take multiple orbits close together and not too far apart in time, you can make tomography like a CAT scan.

‘You are creating a 3D map of the forests.’

As well as providing information on all the forests of the Earth, except those in North America, and northern Europe, the Biomass mission will have a number of secondary objectives.

The technology means it will be able analyse the topography – land surface of the forest – and see where water used to run below the surface of the earth, and potentially identify areas of archaeological interest.

The European Space Agency’s Biomass mission will scan the Earth’s forests every six month for five years, and people will be able to see it as it passes over Earth.

The satellite, which weighs more than a tonne, also features a giant 12-metre deployable reflector that is also being integrated at Airbus.