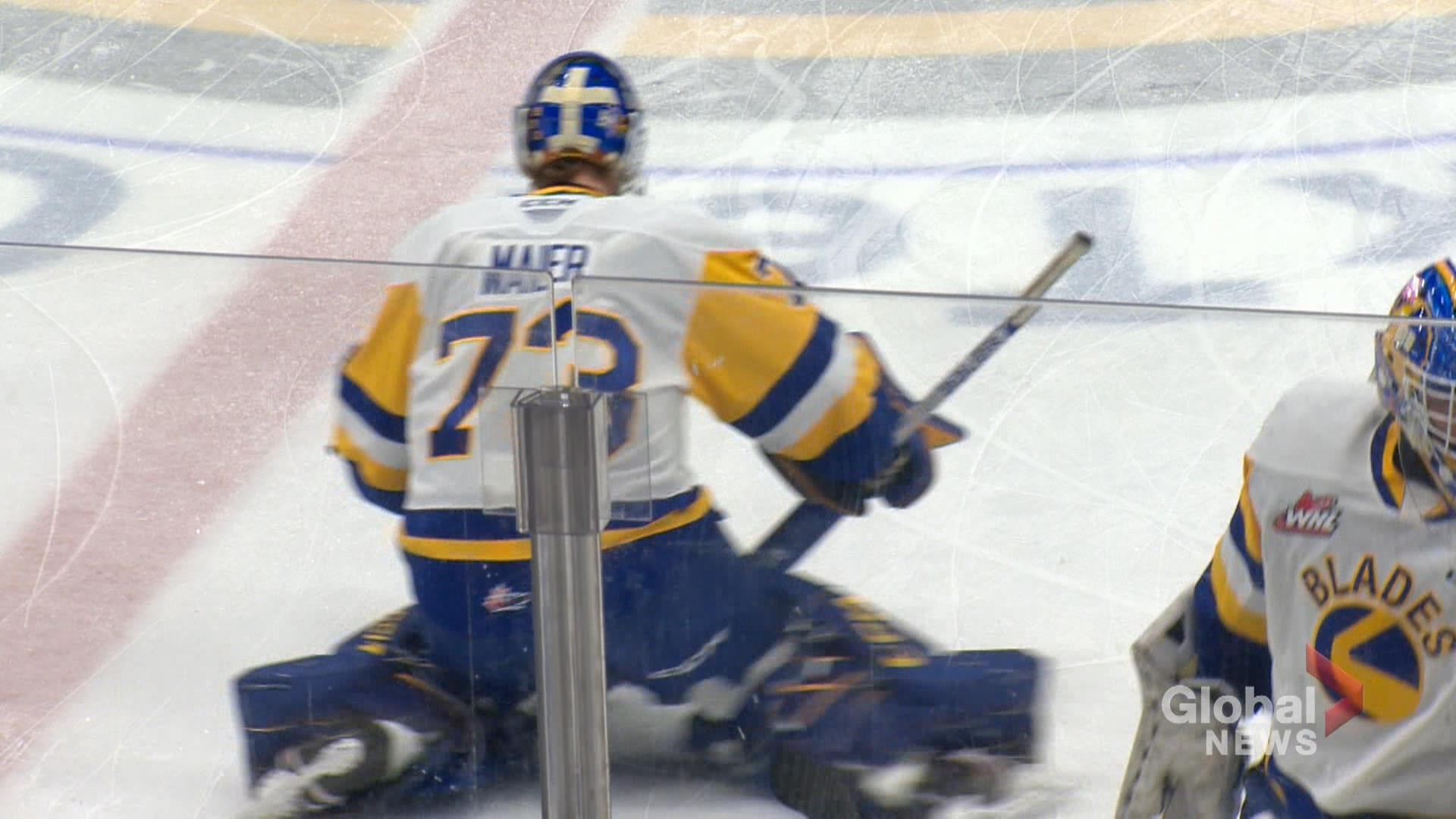 It’s been a difficult road for the veteran blueliner since requiring shoulder surgery at the tail end of the Blades’ 2021-22 regular season, spending months rehabbing and getting his body back to game shape.

Finally after six months, De La Gorgendiere is ready to return to the lineup for Saskatoon on Friday night.

“Surgery went well, everything was a success on that standpoint and now it’s just getting the game legs back,” said De La Gorgendiere. “I’ve been skating for over two months now, so it’s all coming back to me and I’m feeling really good.”

The nagging shoulder injury forced the now-20 year old to miss the final handful of regular season games for Saskatoon, along with all five of the Blades’ playoff games against the Moose Jaw Warriors.

Blades head coach Brennan Sonne saw first-hand the road that De La Gorgendiere had to take over the off-season and is more than happy to have his captain back in time for their 2022-23 season opener.

“Well, it’s not easy,” said Sonne. “Keep your shoulder still for how many months and see how it goes. There’s still work to be done, it’s not easy when you get major surgery. But, he’s ahead of schedule from what we had expected so that’s a positive.”

De La Gorgendiere was able to dress for the Blades’ final two pre-season games against the Prince Albert Raiders, recording a pair of assists.

Despite the injury, the Langley, B.C. product is coming off the most productive season of his WHL career with four goals and 45 points scored over 54 games and will provide a sizable boost to Saskatoon’s defensive core, especially with several Blades still at NHL training camps.

Even more so, it’s a morale boost for a player who has endured his fair share of hurdles on and off the ice over his time in Saskatoon from multiple season-ending injuries, to being passed over in the NHL Draft, to losing his mother Marla to cancer in 2019.

“I’ve gone through adversity over the last couple years with my mom, then injuries, the COVID year and everything like that,” said De La Gorgendiere. “The goal is to win here and play professional hockey, so I just want to keep on working every single day and reach those goals of winning with this team.”

It was that willingness to stay in the fight that was a big reason why De La Gorgendiere was named Blades captain just over a year ago and according to Sonne, a reason why he’s the right choice to lead the team again heading into his final WHL season.

“You don’t wish adversity on anyone but certainly the stuff that ‘Del’ has gone through personally and hockey-wise, there’s some tragedy there,” said Sonne. “At the same time facing that and being able to grow from it and take those lessons on further down the line, it just speaks to his leadership.”

De La Gorgendiere and the Blades will open the 2022-23 WHL season on the road Friday evening in Prince Albert, before returning to SaskTel Centre for their home opener on Saturday to battle the Raiders.