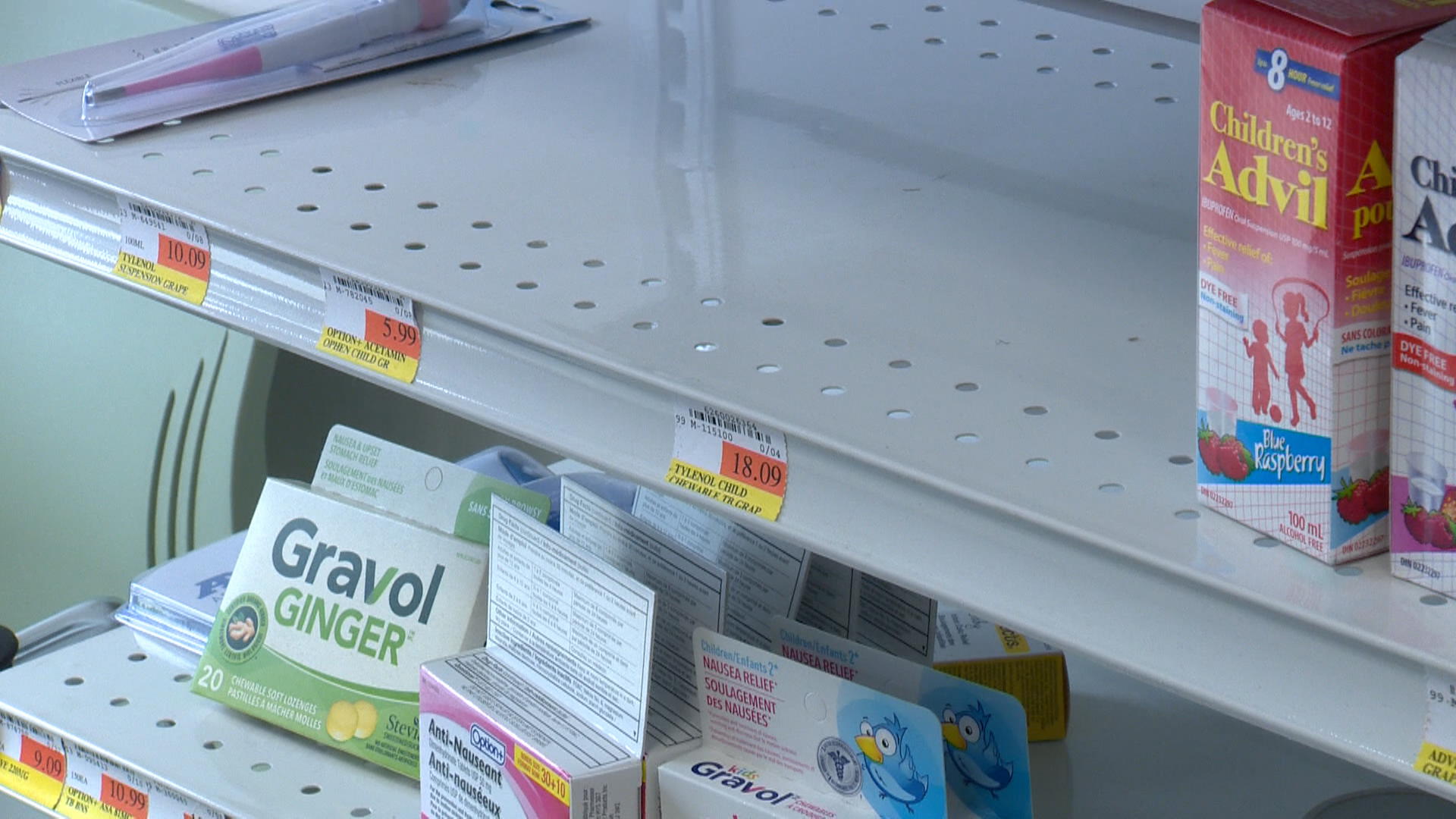 Saskatchewanians are starting to see children’s acetaminophen and ibuprofen imported by the federal government back on pharmacy shelves.

In an emailed statement, Health Canada said “the distribution details specific to SK or any other province or territory are not known yet,” but federal health minister Jean-Yves Duclos confirmed that “distribution is currently underway across Canada.”

“I can’t give details as to which locations but there definitely will be supplies across the province,” he said.

Regina pharmacies are starting to see the results of the shipment slowly accumulate on their shelves.

“We had a large shipment come in last week and we have been told that we will be getting shipments on a regular basis over the next little while,” said George Furneaux, pharmacist and owner of Shoppers Drug Mart on Albert Street.

“We have been keeping them in the dispensary behind the counter to regulate the sale of the product and give families a chance to buy a product they need for their kids.”

Furneaux said that they are being asked for the product several times an hour.

Across Canada in community pharmacies, the average annual demand for painkiller medication is between 300,000 and 400,000 units.

Fougere added that with the spike in RSV cases among children lately, demand is much higher.


In addition to the million units that have made their back way onto shelves across the country, another 500,000 units are still in the process of arriving.

Furneaux said that all of the products he is seeing shipped to his pharmacy only include English content on the packaging. Their pharmacy has been supplying dosage pamphlets in French for customers who need them.

He believes the need for dual-language packaging is one of the reasons behind the national supply shortage.

Compound pharmacies are still able to prepare children’s pain and fever medication behind the counter if supply diminishes again.