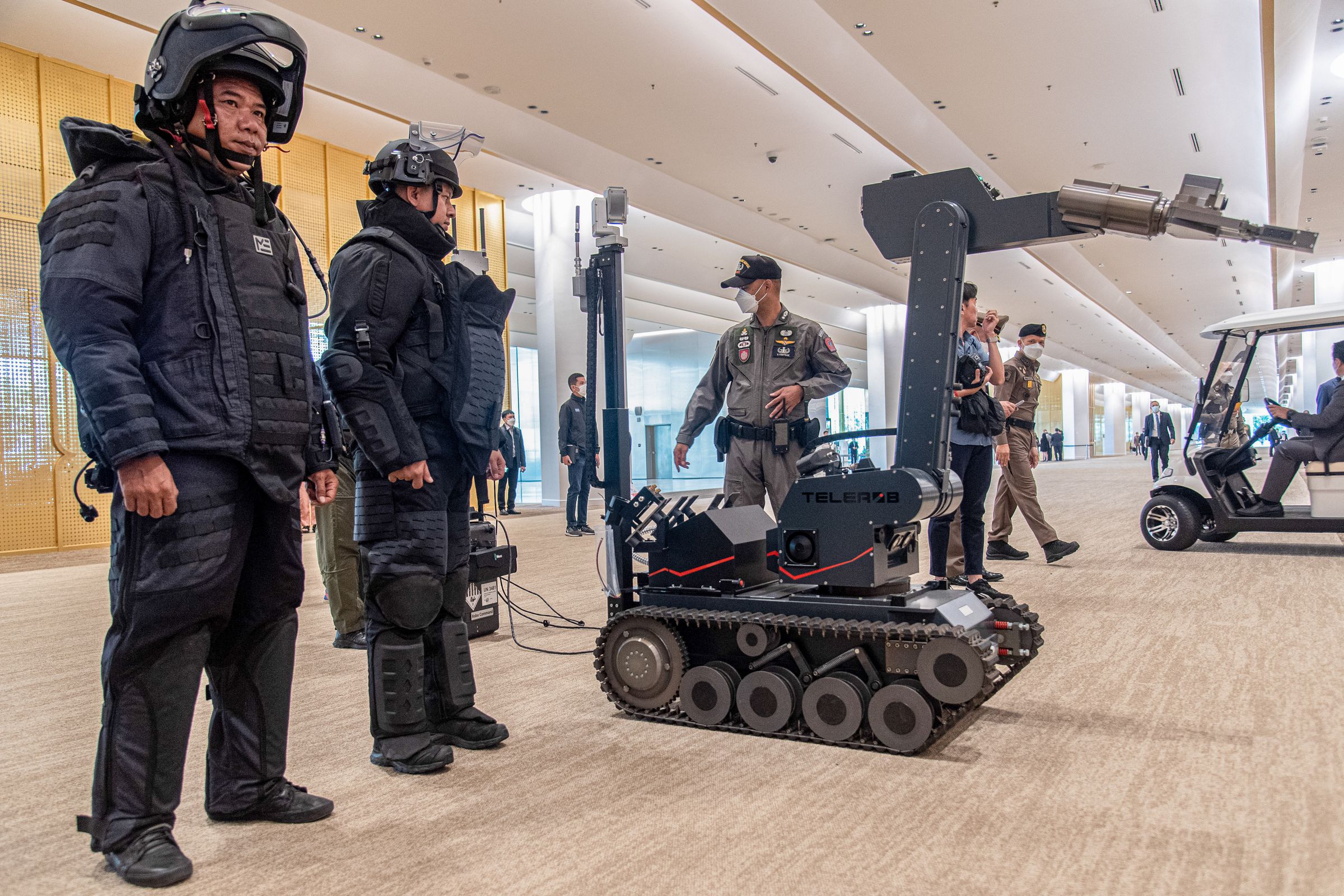 The city’s supervisors reversed the controversial policy following outcry from citizens and advocacy groups. They’ve sent the issue back to a committee for further review.

San Francisco officials have voted against allowing the police to kill suspects with remote-controlled robots. The city’s board of supervisors reversed the policy it approved last week, following outcry and protests from citizens and civil rights groups. However, as reported by the San Francisco Chronicle, the new ban is not necessarily permanent, and the issue has been sent “back to a committee for further discussion.”

The board originally approved the policy to let the San Francisco Police Department (SFPD) use remote-controlled robots “as a deadly force option when risk of loss of life to members of the public or officers is imminent and outweighs any other force option available.”

A spokesperson for the SFPD said that the department’s robots — most of which are large units originally developed to disarm potential bombs in war zones — could be equipped with explosives “to contact, incapacitate, or disorient [a] violent, armed, or dangerous suspect” in “extreme circumstances to save or prevent further loss of innocent lives.” Robots have already been used in this way in the US before. In Dallas in 2016, police used a bomb disposal robot to kill an individual who had shot and killed five police officers at a rally.

The policy was strongly criticized by civil rights groups who said it demonstrated the increasing and worrying militarization of US law enforcement. In one protest letter signed by 44 community groups, critics said the policy would “endanger lives needlessly” and that the public is “naturally uncomfortable with the use of armed robots in any situation.”

“There is no basis to believe that robots toting explosives might be an exception to police overuse of deadly force,” said the letter. “Using robots that are designed to disarm bombs to instead deliver them is a perfect example of this pattern of escalation, and of the militarization of the police force that concerns so many across the city.”

Arguments such as these seem to have persuaded San Francisco’s board of supervisors. One of the supervisors who originally voted in favor of the policy, Gordon Mar, said in a thread on Twitter that he’d since grown “increasingly uncomfortable with our vote & the precedent it sets for other cities.”

“I do not think making state violence more remote, distanced, & less human is a step forward,” said Mar. “I do not think removing the immediacy and humanity of taking a life and putting it behind a remote control is a reasonable step for a municipal police force. I do not think robots with lethal force will make us safer, or prevent or solve crimes.”

Another supervisor, Hillary Ronen, who had previously voted against the policy, also celebrated the u-turn on Twitter. “We just stopped the use of killer robots robots in SF,” tweeted Ronen. “Complete reversal from last week. Common sense prevailed.”

The 6,167-Piece Rivendell Is the One Lego Lord of the Rings Set to Rule Them All

Take a really close look at the reflection in the gold ring that Lego teased on Twitter yesterday and you’ll see that the company...
Read more

Five new WhatsApp status and reaction updates have been announced by the company, including the ability to limit your audience, and what Meta says...
Read more