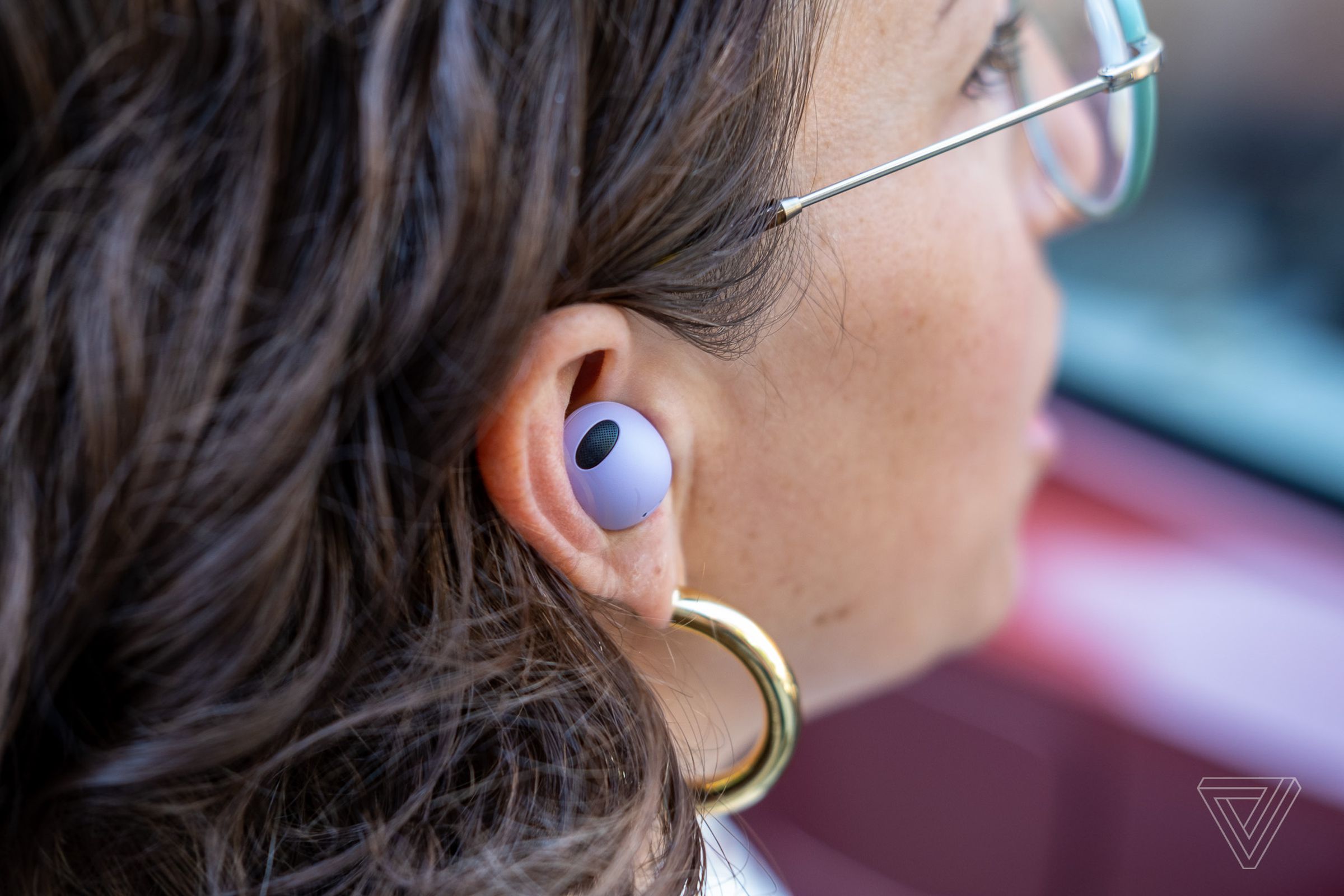 Turn this feature on and your videos will capture binaural sound just the way you remember hearing it. Also, Samsung’s camera controller app for Wear OS will soon be able to use your phone’s zoom capabilities.

Samsung is bringing a nifty new trick to its Galaxy Buds 2 Pro starting today: whenever you’re recording video, the earbuds will now be able to capture more lifelike binaural 3D audio. “The feature picks up 360-degree sound using a microphone in each earbud, placing viewers at the center of a roaring festival crowd or beside a bubbling brook in the middle of a forest,” Samsung wrote in a press release today.

If you share those clips on social media and other platforms, listeners will be placed right in the middle of the sound field and able to hear the audio just as you did; it can make for a more immersive, lifelike experience compared to the standard stereo audio recorded by most smartphones and earbuds. 3D audio sounds as through it’s coming from all around you.

Pretty neat, but there’s another interesting piece to this: Samsung is using LE Audio to pull off the new 3D audio recording capability:

360 audio recording is the first feature in the Galaxy line leveraging LE Audio, an advanced new Bluetooth audio standard. This new technology brings better audio quality as well as improved latency and battery life. Beyond providing better-sounding music, LE Audio also broadens the spectrum of audio experiences to deliver more complex and rich sound that can be shared with others. Now, LE Audio brings binaural recording to Galaxy Buds2 Pro — taking advantage of both the left and right mics at the same time.

Unfortunately, right now binaural audio recording is limited to the Galaxy Z Fold 4 and Z Flip 4 — and the company says it will also be available with the upcoming Galaxy S23 lineup. I’ve asked whether other recent Samsung phones will be able to take advantage of the new feature. If you own one of the compatible foldables and the Buds 2 Pro, you can expect software updates starting today that will enable 3D audio recording for videos.

Samsung is also bringing a new feature to its Camera Controller app for the Galaxy Watch 5 and Watch 4: starting in February, you’ll be able to control the zoom of your phone’s camera using the companion app on your smartwatch. That could be very helpful for anyone that has a Samsung phone with far-reaching zoom powers.

“Now users can remotely control their phone’s camera zoom with a simple pinch of the watch face or a turn of the rotating bezel — perfect for taking group shots or solo selfies from a distance and eliminating the need to run back and forth to the camera to frame the perfect picture,” Samsung said in the press release. But again, while the binaural audio capability is rolling out today, you’ll need to wait a few weeks longer for the zoom in Camera Controller.

These aren’t huge features by any means, but they’re examples of Samsung continuing to lean into its ecosystem and deliver exclusive functionality for customers who own several of the company’s gadgets.