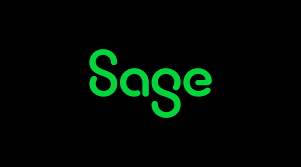 “For the first time in its history, we’re gonna scale Sage organically at a rate that’s never been seen before,” he said, adding that the company’s revenue growth is increasing, and it is planning to focus on the U.S. market.

“We’re now somewhere around £2 billion (about C$3 billion) of revenue… We’re really, really focused on scaling in the U.S. We cannot be successful globally unless we’re successful here in the U.S., which is our fastest growing market.”

Announcements from the event include:

Sage announced new product integrations with Microsoft: customers can now submit and approve accounting and people processes through Teams, rather than in the Sage Intacct or Sage People applications, reducing the need to switch between solutions.

“Multi-cloud access to Sage’s flagship products is a cornerstone of our strategy – meeting customers where they work is key to providing SMBs with new and innovative ways to be more productive,” says Walid Abu-Hadba, chief product officer at Sage. “Earlier this year we expanded our relationship with Microsoft by committing to hosting Sage Intacct and Sage Active on Microsoft Azure. Now Microsoft customers can access Sage solutions directly from the Azure cloud, as well as gain the productivity that the Sage Intacct and Sage People app for Teams provides.”

The Sage Intacct app for Microsoft Teams allows SMBs to simplify expense management for employees and frees teams from manual expense processes, with instant visibility into expenses once submitted.

Sage Intacct Manufacturing will be available to customers in the United States in 2023. The cloud-native solution extends Sage Intacct to deliver industry capabilities for businesses specializing in discrete manufacturing and distribution, allowing them to streamline end-to-end operations and be more productive.

Sage Intacct Lease Accounting helps businesses simplify compliance with ASC 842 lease accounting standards in the U.S., which requires all leases longer than 12 months to be recorded as assets and liabilities on balance sheets. This new cloud native solution automates lease accounting processes, including payments, lease liability, and Right of Use asset depreciation. Sage Intacct Lease Accounting is now available in the U.S. in an early adopter program, with general availability expected early next year.

Sage has completed the acquisition of Spherics, a carbon accounting solution to help businesses reduce their environmental impact.

Spherics ingests data from a customer’s accounting software and matches transactions to emission factors to create an initial estimate of their carbon footprint. Spherics then guides the user to refine this estimate by submitting data (office details, employee commuting, energy consumption) to calculate emissions.

This acquisition helps Sage achieve its goal of fighting climate change and protecting the planet in three ways: cutting its emissions by 50 per cent by 2030 and becoming Net Zero by 2040; supporting SMBs to get to Net Zero; and advocating for enabling policy.

“This is an acquisition which accelerates our capability around recording carbon emissions and helps to manage and reduce those costs through tracking them…Broadly about 75 to 80 per cent of SMBs say that they are very passionate about wanting to do the right thing around sustainability and around their carbon emissions. But less than 10 to 15 per cent are actually recording it. And so they’re looking for ways to make that easier to capture. This acquisition initially gives us some of that capability in the U.K.,” Hare said.

Sage is now partnering with Major League Baseball (MLB); it will be connected to pitching decisions and manager insights across the league starting with next year’s regular season, and will introduce the Sage ‘Pitcher Power Rankings’.

The ‘Pitcher Power Rankings Presented by Sage’ will appear across MLB digital, social, and linear channels. It will allow fans to track pitcher performance across the season with rankings that feature real-time leaderboard updates.