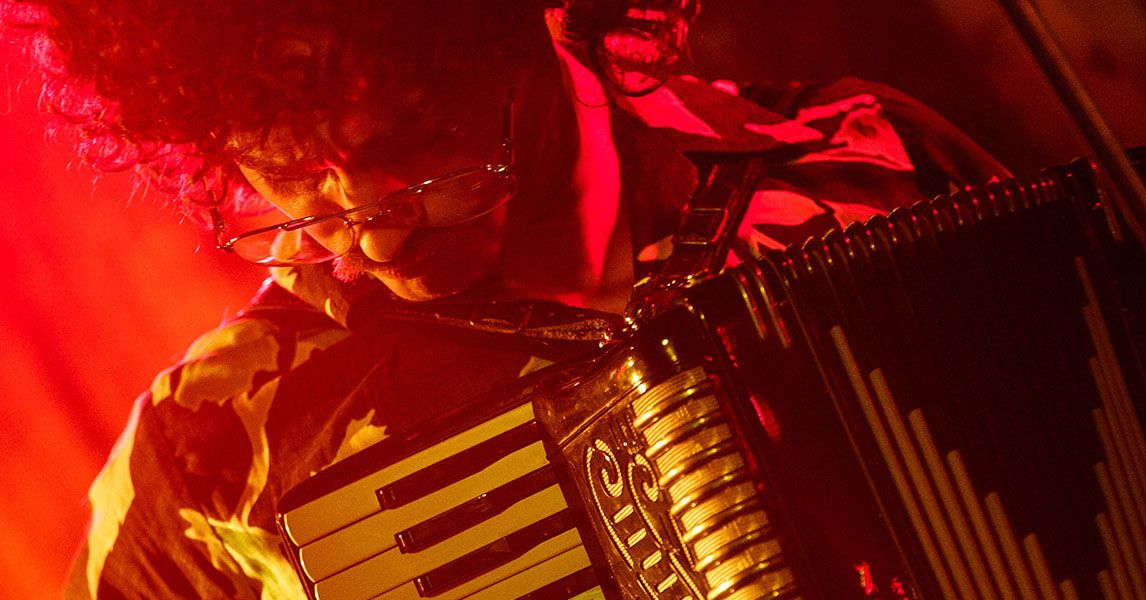 Weird: The Al Yankovic Story opens with a shirtless Daniel Radcliffe screaming in a hospital, demanding a pencil and paper from Lin-Manuel Miranda. Things only get weirder from there. Though it may look like the life story of the titular parody singer, the movie is actually more of a parody of biopics than anything else. Much like Walk Hard: The Dewey Cox Story lampooned the many overserious films about major musical stars, Weird does the same, only it pretends to be about a real person. After watching it, I don’t think I know anything new about Yankovic — and I definitely know a lot of things that are not remotely true. Fittingly for a guy who writes absurd lyrics over popular songs, Weird takes a popular concept — the music biopic — and makes it equally absurd. In the same way that I still can’t believe when “Amish Paradise” gets stuck in my head, I couldn’t believe how much I laughed during Weird.

The movie follows the typical route of the biopic. We start with humble beginnings, move to the meteoric rise to stardom, and suffer through the tragic fall from grace before finally hitting the redemptive conclusion. The difference here is that almost everything is made up, and the filmmakers have no interest in telling you what’s real or fake.

Yankovic’s love of the accordion, for instance, is turned into a defiant act of rebellion. His father, a stern man who works at a dangerous factory that creates… something, calls musical parodies “evil” and Al’s instrument of choice “the devil’s squeezebox.” Later on, an older Yankovic is busted by the cops after sneaking out to perform at a high school polka party. But the movie really kicks into gear — and gets completely ridiculous — when we meet adult Weird Al, played by Radcliffe.

For starters, his meteoric rise happens literally overnight, and his success is comically huge: he’s on the cover of every magazine, named sexiest man alive, and breaks virtually every sales record in the industry. He becomes the biggest star in the world, and other pop stars beg him for parodies. At one point, at a party featuring everyone from Andy Warhol to Pee-wee Herman, Salvador Dalí exclaims that “Weird Al will change the world.” I don’t want to spoil all of the jokes, but to give you a sense of how strange things get, there’s an LSD trip through hell, a life-defining romance with Madonna, a retcon on the origins of Michael Jackson’s “Beat It,” and a feud with Pablo Escobar. My favorite ongoing joke is the multiple extremely literal origin stories the film comes up with for songs like “My Bologna” and “Like a Surgeon.” It even ends with a surprisingly sweet (though also fake) origin for “Amish Paradise.”

What makes it work is how committed the film is to the bit. It follows the musical biopic formula exactly, but the degree of absurdity just keeps expanding to the point that it doesn’t feel all that out of place when Yankovic eventually becomes an incredibly adept assassin running through the jungles of Colombia. Radcliffe, in particular, really sells it, playing the in-reality goofy Yankovic with a level of seriousness that’s an ideal fit for a music biopic. He narrates with a deep, gruff voice reminiscent of classic movie trailers and somehow manages to turn the iconic ‘stache, glasses, and Hawaiian shirts into a sexy ensemble. Yes, Weird Al is now hot. There are also oh so many cameos complimenting his performance, to the point that I want to rewatch it to see who I missed. (I won’t want to ruin the many surprises.)

Now that I’ve seen the film, I’ve realized that I probably don’t want a true-to-life story about Weird Al’s life anyway. Weird isn’t a success because it gives me some kind of deep insight into the tortured life of a brilliant artist. It’s a success because it’s the most extreme and strange send-up of music biopics yet, one that uses a real-life figure to make those goofy and definitely not true moments hit even harder.

Weird: The Al Yankovic Story is streaming on the Roku Channel starting November 4th. This review is based on a screening at the Toronto International Film Festival.