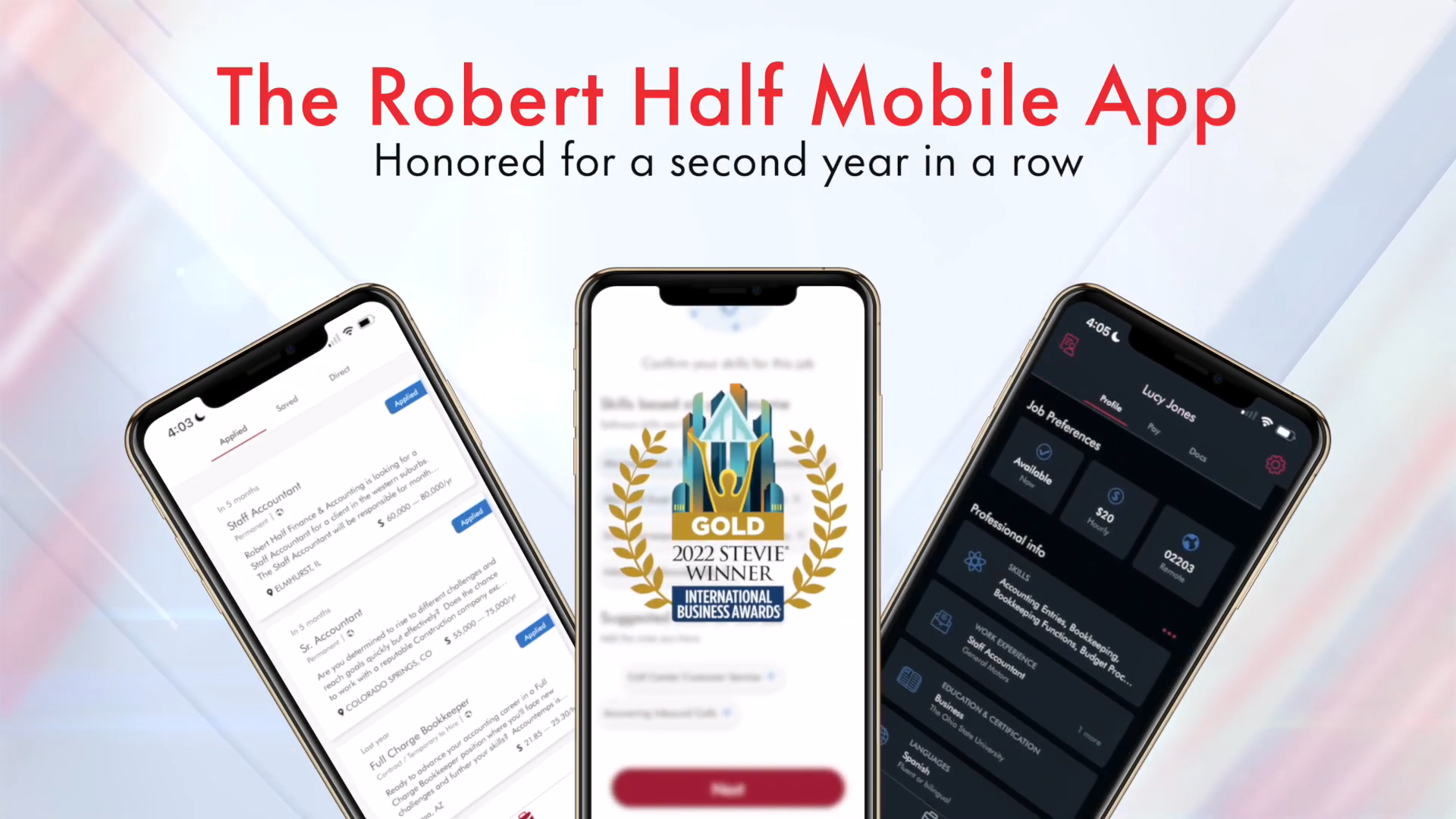 For the second consecutive year, Robert Half mobile app has won a Gold Stevie in the Professional Services category for Mobile Sites and Apps at the 19th International Business Awards. James Johnson, executive vice president and chief technology officer (CTO) of the California-based recruitment agency, sat down with ITWC to discuss the award-winning features, AI-powered matching technology and roadmap of the application.

After taking down its first marketing mobile app from the App Store in 2014, the company spearheaded the development of a second mobile app, launched in 2019, aimed at expanding the avenues of engagement with its candidate population, and simplifying the job search process. Candidates can search for jobs without an account or profile and if they create one, they are matched with the best opportunities based on their requirements.

The ‘hook’, however, Johnson said, lies in the app’s time tracking tool, allowing the company’s own employees to record their work hours, get paid and obtain their T4s using the app. “We have today more people using the app to record time than any other way”, he said. The company also updated its legacy payroll system, adding APIs to ensure connectivity via the app offered the rapid response time expected of a modern mobile app.

The app’s push notifications, which let candidates know if they are being considered for a position, have also been key to their success, Johnson said, in closing “the gray area in interactions we have with candidates”.

Additionally, the company abstains from capturing demographic data, writing styles or people’s education (for example, where they went to school) and developed a proprietary natural processing language (NLP) that allows them to “to take someone’s resume apart, remove the context, focusing instead on words or groups of words, and by doing that also remove bias”.

In 2023, the company plans to implement the following features in the app:

“The combination of a simple user experience combined with both powerful job search and job matching capabilities, that’s the thing that really stands out, ” concluded Johnson. He added that the company is very proud and has “only just begun”.