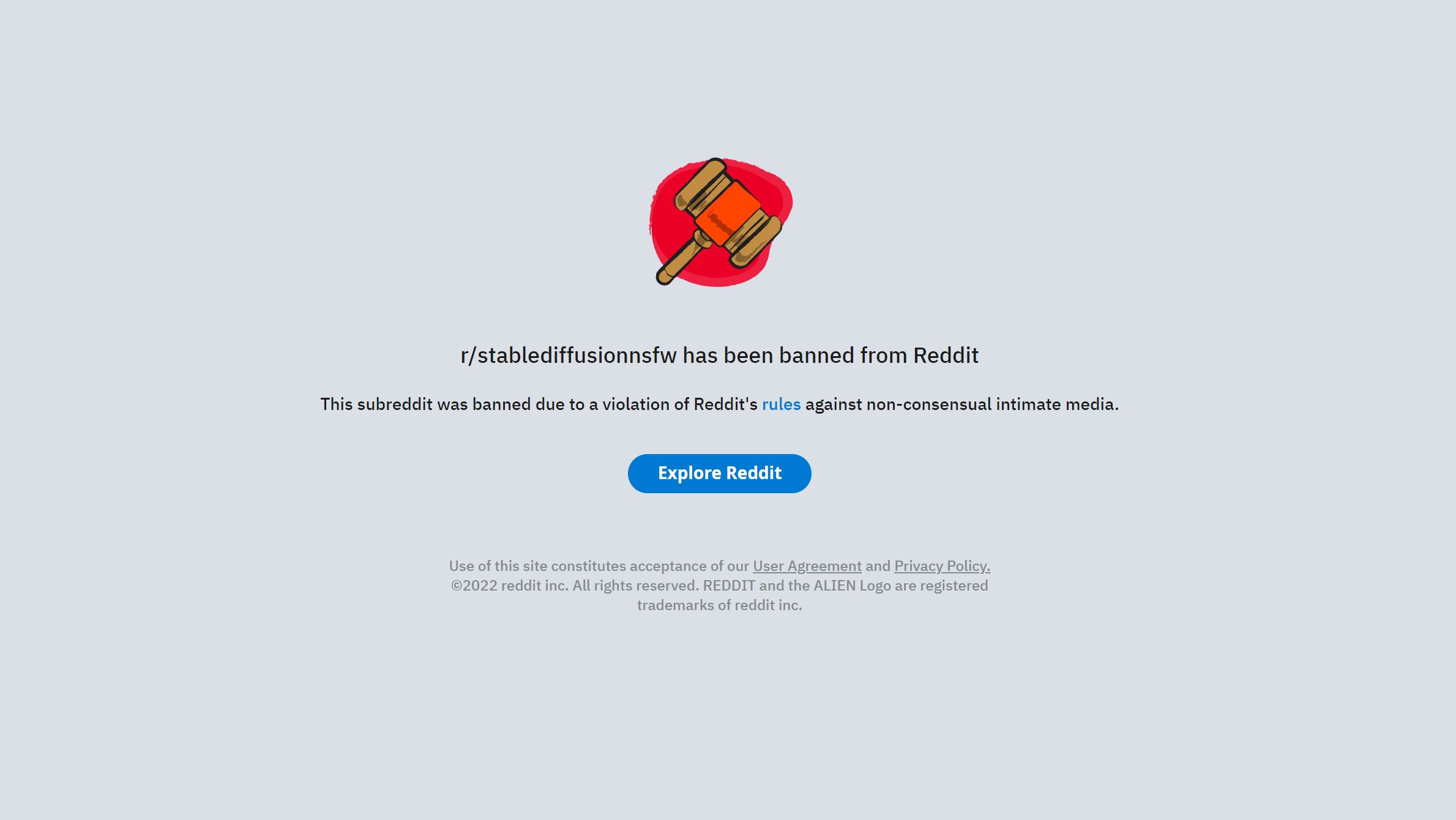 A number of subreddits set up to share AI-generated pornographic images have been shut down by the site.

The ‘front page of the internet’ has blocked at least four forums responsbile for sharing images created with the Stable Diffusion artificial intelligence tool.

While the Dall-E Mini image generator has limits imposed on what users can create, Stable Diffusion does not.

Two of the main subreddits where these images have been shared, r/UnstableDiffusion and r/stablediffusionnsfw have been blocked. As have two others: r/PornDiffusion, r/HentaiDiffusion.

Users attempting to access the site are greeted with the message: ‘This subreddit was banned due to a violation of Reddit’s rules against non-consensual intimate media.’

Between them, the four subreddits had around 2,000 members.