Home New Release Queen Elizabeth’s funeral to be held on Sept. 19. Here’s what to...
New Release 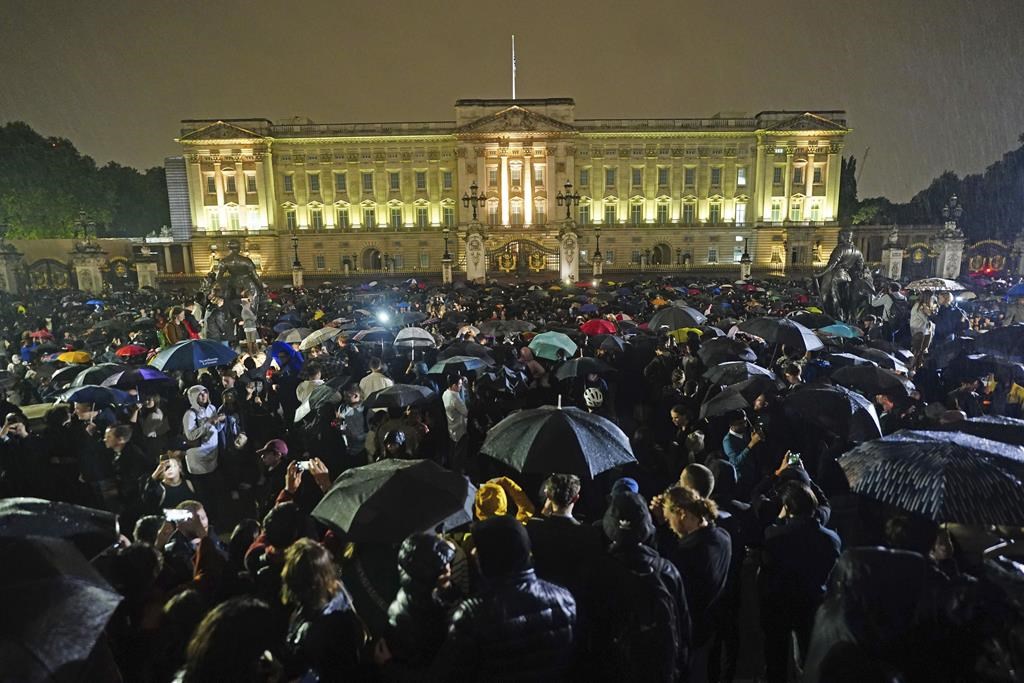 The funeral for Queen Elizabeth II, who passed away on September 8, 2022, at the age of 96 will be held at Westminster Abbey on September 19.

According to the Book of Condolences, the queen will Lie-in-State in Westminster Hall for four days, to allow the public to pay their respects. The queen’s coffin currently “rests in the Ballroom at Balmoral Castle.”

The coffin will travel by road to Edinburgh on Sunday, September 11. It will rest in the Throne Room of the Palace of Holyroodhouse until the afternoon of Monday, September 12. A procession will then be formed to convey the Coffin to St Giles’ Cathedral, where a service will be held to receive it.

Queen Elizabeth death: U.K. warns of ‘risks to public safety’ due to crowds

King Charles III and Members of the Royal Family are expected to be part of the ceremony.

It will lie at rest in the cathedral, guarded by Vigils from The Royal Company of Archers, as the people of Scotland pay their respects.

On Tuesday afternoon, the coffin — accompanied by The Princess Royal — will be moved from Scotland by Royal Air Force aircraft. They will arrive at RAF Northolt later that evening.

The coffin will then travel by road to Buckingham Palace to rest in the Bow Room.

The State Funeral of Her Majesty The Queen will take place at Westminster Abbey on Monday 19th September.

Prior to the State Funeral, The Queen will Lie-in-State in Westminster Hall for four days, to allow the public to pay their respects.

On Wednesday afternoon, the coffin will be part of a procession on a gun carriage of The King’s Troop Royal Horse Artillery — from Buckingham Palace to the Palace of Westminster — where the queen will Lie-in-State in Westminster Hall until the morning of the State Funeral.

“After the Coffin arrives at Westminster Hall, The Archbishop of Canterbury will conduct a short service assisted by The Very Reverend Dr. David Hoyle, Dean of Westminster, and attended by The King and Members of the Royal Family, after which the Lying-in-State will begin.”

When Prince Philip passed away on April 9, 2021, the number of mourners for the Duke of Edinburgh and husband to the Queen was limited to 30 due to the ongoing COVID-19 pandemic and the ceremony had to be observed with health protocols in mind. Philip was 99 years old at the time of his death.

Similar protocols are unlikely to be followed for the queen. Instead, the U.K. government is anticipating large crowds in central London in the coming days as mourners visit Buckingham Palace and the royal residences.

On Friday, the Cabinet Office even issued a statement warning the public of potential “risks to public safety” and “delays on some public transport” as large numbers gather for ceremonial and commemorative events.

Queen Elizabeth death: What’s next for Canada’s 10 days of mourning

The longest reigning monarch in history, Queen Elizabeth was born on April 21, 1926, in Bruton Street, central London. She ascended the throne in 1952 at the age of 25 and surpassed her great-great-grandmother Queen Victoria as Britain’s longest-reigning monarch in September 2015.

An official 10-day mourning period for the queen is currently being observed in Canada, during which portraits of the queen and flags displayed indoors may be draped with black ribbons.

According to the City of Ottawa, a black ribbon lapel pin is an “acceptable symbol” to wear during the period of mourning and the day of the funeral, if Canadians wish to do so.

Flags will remain at half-mast across the country until sunset on the day of the funeral — with the exception of the day King Charles III is proclaimed.

Other small tributes are also popping up across the country. The City of Ottawa, for example, has produced a gallery of photos of the queen, which will be on display within city hall. Anglican churches in Ottawa have also planned to ring their bells 96 times at noon on Friday, in honour of the queen.

The funeral ceremony arranged by Canada will be held in Ottawa at Christ Church Cathedral, according to the Canadian heritage department. Government officials, dignitaries and “representatives of organizations with whom Her Majesty had a close connection,” including charities and military regiments, will be invited.

2:00
‘She was just a happy person’: Canadians share fond memories of encounters with the Queen

‘She was just a happy person’: Canadians share fond memories of encounters with the Queen

The event will be broadcast live and made available to watch online.

The day is expected to begin with a memorial parade, with participants from the Canadian Armed Forces and the Royal Canadian Mounted Police. There will be a gun salute — one round per year of the queen’s life, according to the department, which means 96 shots.

CF-18s will also fly over Parliament Hill and the cathedral where the ceremony will take place.

More details, including specific dates, are expected to be revealed in the coming days.

— With files from Rachel Gilmore