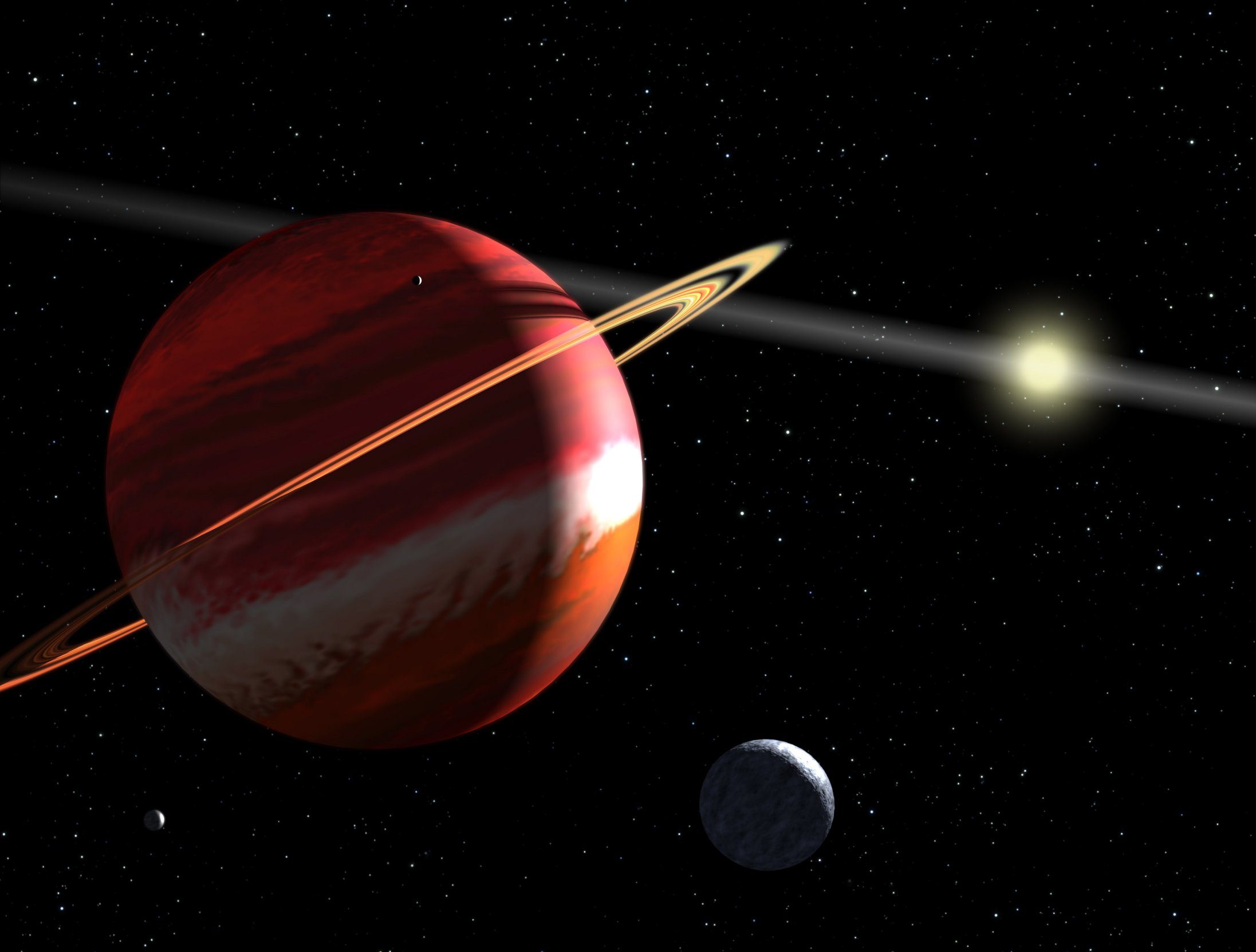 Want to leave your mark on the universe? Why not try naming a planetary system?

The International Astronomical Union has launched a competition to name not one but 20 of these distant systems, each of which contains a star and an orbiting exoplanet.

‘Exoplanet’ simply refers to a planet that rotates around a star other than the Sun.

Think you can do better? First you’ll need to cobble together a team to enter the competition with.

Where possible, the IAU says teams should include students and teachers, astronomy enthusiasts, amateur astronomers and/or exoplanetary scientists.

These teams must then host an astronomy outreach event that focuses on exoplanets.

Only after this can they actually submit a name.

The IAU recommends focusing the connection planets and stars have to culture, through stories, myths and legends.

If you think your team has a good idea, you’ll need to put together a 300-word written and video proposal explaining why. You can submit this directly to the IAU via an online form.

How will the winners be chosen?

The votes of nearly 125,000 people didn’t go entirely to waste, with a remotely-operated vehicle inheriting the whimsical name.

Well, that was 2016 and scientific naming competitions have come a long way since.

The entries for ‘NameExoWorlds 2022’ will be asessed by a national outreach coordinator, essentially eliminating the possibility of a sillier choice.

Each coordinator will whittle their country’s entry down to one frontrunner and two back-ups. Then, a final selection committee will choose the winning names.

The committee will be made up of the Working Group on Exoplanetary Systems Nomenclature and the exoplanet discoverers.

Entries must be submitted by 11th November to be in with a chance.

The competition coincides with the 10th anniversary of the IAU’s Office for Astronomy Outreach (OAO), who help share science with the public.

Director of the office, Lina Canas, said: ‘In the last decade, the OAO has strived to build bridges between professionals, amateurs, communicators, educators, and the public.

‘Through its collaborative nature and diverse levels of scientific engagement, NameExoWorlds is one excellent example that embodies OAO’s mission of making astronomy accessible to all.’


MORE : ‘Planet 9’ is even less likely to exist than we previously thought


MORE : Russia unveils a model of its proposed space station after shunning the ISS