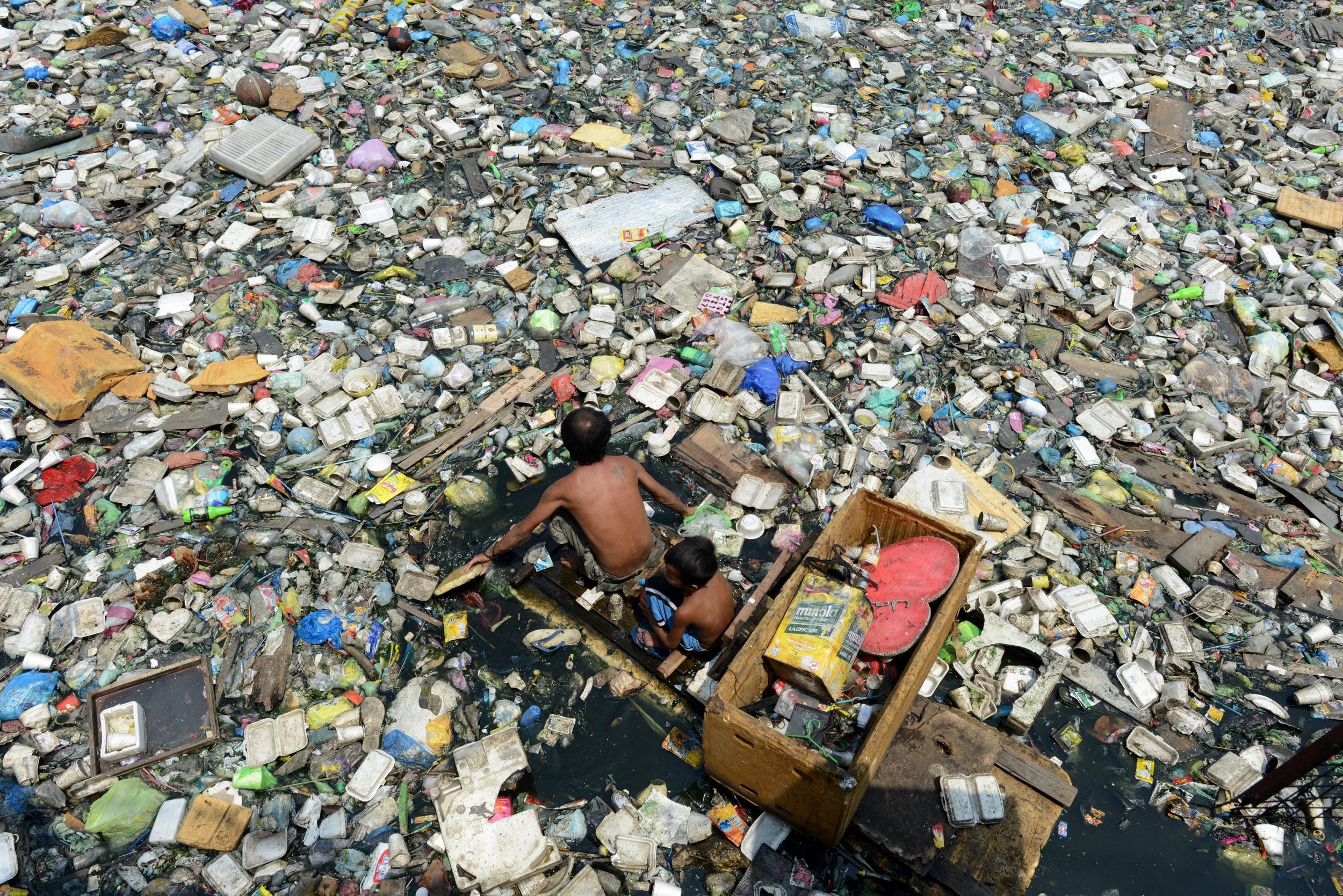 Polystyrene has been turned into a valuable chemical found in seaweed – by exposing it to sunlight.

The indestructible plastic is found in everything from takeaway containers to TV packaging.

It’s rarely recyled due to costly and complex processes required – as well as the difficulty of collecting it.

Now scientists have broken it down using a simple and inexpensive technique that combines UV (ultraviolet) rays and a chemical catalyst.

It created a product called DPM (diphenylmethane) – a molecule in the ubiquitous ocean plant.

The compound is used in drug development, polymer manufacturing – and even fragrances and other cosmetics.

It has a market price 10 times higher than other materials currently made from polystyrene.

Research lead author Professor Greg Liu, of Virginia Tech in the US, said: ‘Many municipal recycling facilities instruct residents not to put polystyrene in their home recycling bins.

‘Currently, the main method for recycling polystyrene yields a product that is often too low-quality to make the process economically viable.

‘In other words, if a recycling plant tries to recycle polystyrene on a large scale, it will either need a financial boost, such as a government subsidy, or the operation risks running out of money and shutting down.’

Their results showed overall profitability because of DPM’s high value – fully justifying the costs of collecting and processing.

Prof Liu said: ‘This new recycling method would create an incentive for polystyrene to be collected and recycled instead of going into landfills or becoming plastic pollution.’

Around 1.15 billion polystyrene food and drink containers were sold in England in 2018, according to the Department for Environment, Food and Rural Affairs.

Like most plastics, polystyrene is slow to biodegrade and has been linked to diseases, including some cancers. It also causes environmental damage.

It is produced by blasting plastic pellets with steam until they expand and become small white balls – which are bound together.

Sales of single-use polystyrene food containers have been banned in Scotland. The plastic is considered to essentially survive ‘forever’.

But when exposed to UV light it yellows and weakens. The researchers also showed sunlight degrades polystyrene chemically.

Ocean trash and overflowing landfills have drawn widespread attention to the plastic waste that we put into our environment, they said.

Prof Liu said: ‘Many of us are comfortable tossing a metal can or a glass jar into the recycling bin without a second thought. But plastics are a bit different.

‘Not every recycling plant is equipped to handle every type of plastic. That’s because the chemistry and structure of plastic materials are diverse, and each type requires a specific recycling procedure.’

Some – like polystyrene – are very difficult to recycle. We have yet to develop effective, practical techniques for processing them, he explained.

What to do with polystyrene

There are ways you can repurpose your polystyrene so it doesn’t just end up in a landfill.

The following are just a few ideas you can try:

Prof Liu said: ‘I think it’s important for people to realise big global challenges like plastic waste can have – and most likely demand – multiple solutions.

‘We at Virginia Tech can contribute a small piece to the big puzzle and offer solutions to positively impact the world.’

Polystyrene can be made solid or as the foamed variety often used for packing chips, fast food containers and disposable cups.

It was first found littering the world’s oceans in the 1970s.

The new study was published in the journal Proceedings of the National Academy of Sciences (PNAS).


MORE : Can you recycle polystyrene? Here’s what you should do with it


MORE : Worm with a taste for polystyrene could save us all from the plastic crisis