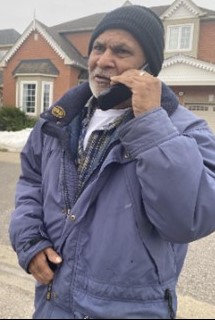 Police are seeking to identify a man wanted in connection with a grandparent scam investigation in the York Region.

York Regional Police said the force has seen an “increase in fraud schemes” targeting elderly and “vulnerable citizens” in the region.

Officers said since the beginning of 2023, five incidents have been reported allegedly involving a male suspect driving a blue Toyota Yaris.

“These reports have come from residents living in the Town of Georgina and across the south area of York Region,” police said in a news release.

Police are seeking any witnesses. Anyone with information or who may be able to identify the suspect or vehicle are asked to contact investigators.

Officers said these types of scams are often known as “grandparent scams” because “fraudsters will prey on a grandparent’s bond with their grandchild in an effort to defraud them.”

“Often, criminals will place a telephone call to an elderly person while posing as their grandchild in distress, demanding money to get them out of trouble,” officers said.

According to police, in some cases, a second suspect will play the role of a government official, police officer or lawyer, who provides instructions on how to deliver the money.

“These types of frauds may be repeated over the course of days, weeks or even months, as the criminals gain the trust of their victims,” police said.