Home Tech News Polestar 2 gets a facelift, goes both faster and farther for 2024
Tech News

Polestar 2 gets a facelift, goes both faster and farther for 2024 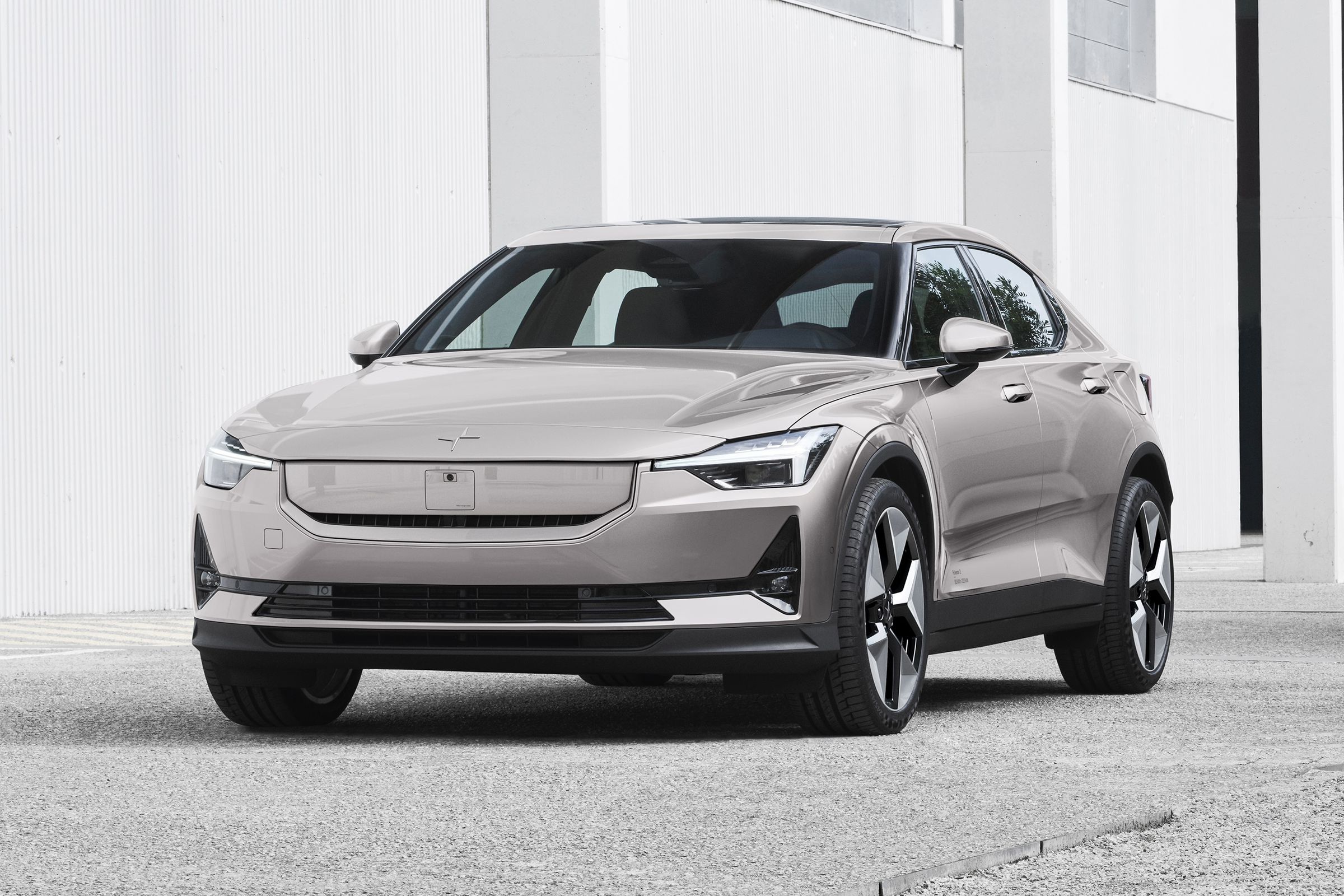 Polestar has updated the Polestar 2 on its fifth model-year release with a new grille, up to 300 miles of range, and better performance. Available to order now.

Polestar has given its Polestar 2 EV a facelift, plus some other improvements for model year 2024. The maker of the fastback electric sedan has improved its drivable range (up to 300 miles on a single charge), and added more powerful motors. It’s also introducing a rear-wheel drive model alongside several smaller changes like wireless phone charging and driver awareness features now included as standard.

The new Polestar 2’s most visible change comes in the form of a new flat front grille design, one that matches the looks of the automaker’s latest Polestar 3 SUV. Polestar calls this new grille the “SmartZone,” which houses components and sensors that are used for the car’s advanced safety and driver assistant features. SmartZone includes a camera, mid-range radar, accelerometers, ultrasonic sensors, and heating wires to keep it all from freezing in colder climates — something this Sweden-based carmaker should understand all too well.

Polestar 2 now features a maximum 300-mile range (EPA estimated for now) on the single-motor RWD model, an increase on the 270-mile range of the FWD version released Stateside last year. This improvement is largely thanks to the inclusion of a larger battery pack that has grown from 78kWh to 82kWh. The bigger battery pack is able to charge at a faster 205kW rate (up from 155kW) at compatible stations.

The RWD’s new battery is also more environmentally-friendly according to Polestar. The automaker states that the new pack has improved cell chemistry that reduced carbon emissions from seven tons per car to 5.9. Polestar is planning a full life cycle assessment of the battery pack later in 2023.

Oddly, the dual-motor all-wheel drive versions of the Polestar 2 don’t get the bigger battery, but they do sport a new drivetrain and efficiency improvements. The car now moves primarily on the new rear motor while the new front asynchronous motor kicks on for support. In total, the system pushes 421 horsepower and 546 pound-feet of torque — up from 408 horsepower and 467 pound-feet of torque.

Some AWD Polestar 2s can be pushed to perform even better thanks to a Performance Pack over-the-air software update. Once applied, it gets 455 horsepower of performance, and can go 0-60mph in 4.1 seconds. The previous model with Performance Pack improved 0-60mph times from 4.5 down to 4.2 seconds. Though, if the Performance Pack is added at time of vehicle purchase, customers will get the Plus Pack included (normally $4,200) that includes creature comforts like a heated steering wheel. They will also get other style upgrades that include gold seatbelts and the new 20-inch wheel design that the Polestar 3 has.

Matter of fact, many of the 2024 Polestar 2 improvements, including its front fascia change, and the inclusion of a Smart Eye driver attentiveness tech (included as standard), come from the Polestar 3. One thing the Polestar 2 isn’t getting from the 3, however, is Lidar (we asked). But the Polestar 2 now gets the Pilot pack with features like cross-traffic alert and 360-degree camera (normally $3,400) included with the dual-motor model in North America.

Polestar, a joint venture between Volvo and Chinese automaker Geely, has been one of the more interesting electric vehicle manufacturers on the market. It’s been gaining steam too: Polestar is going public, is often compared to Tesla’s successful Model 3, is being bought up by the tens of thousands for Hertz’s rental fleet, and its working on even more models. It’s taking some pages from Tesla’s playbook too — Tesla updated its Model S front grille in its fifth model-year iteration as well in 2016. It currently manufactures its cars in China, with plans to expand to the US by mid-2024.

The 2024 Polestar 2 is available to order now for delivery starting “later this year.” Some customers might be eligible for the $7,500 federal tax credit.