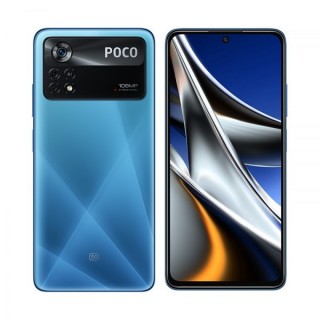 A week ago the upcoming Poco X5 was spotted in the hands of a cricket star, but did you know that there is a Pro version on the way as well? That was news to us too, but a European retailer already list the device as “coming soon” and has posted an almost complete specs sheet.

Anyway, the phone is powered by the Snapdragon 778G, a solid all-round upgrade over the 695 found inside the X4 Pro. The retailer list two memory configurations – 6/128GB and 8/256GB – both of which have a microSD card slot. The phone apparently runs Android 12 with MIUI 14 for Poco.

The power system is the same as before with a large 5,000mAh battery and 67W wired-only charging. For protection, there is Gorilla Glass 5 on the front and an IP68 rating – that last part doesn’t sound like Poco’s MO, so it might be a mistake on the spec sheet (the X4 Pro is rated for only IP53).

There’s no word on the price yet. At launch the X4 Pro was €300 for a 6/128GB model (a little less with early bird pricing) and €350 for the 8/256GB one. Overall, the Poco X5 Pro doesn’t seem to change much, but that Snapdragon 778G will have a big impact on performance. As for colors, you will have three choices: Blue, Black and, of course, Poco Yellow.

The retailer also lists details for the Xiaomi Poco X5. This one sticks to the Snapdragon 695 (as seen in Geekbench) and has a 6.67” AMOLED display (1,080 x 2,400px) with 120Hz refresh rate, which makes us think the Pro has a 120Hz display as well. The base X5 has only an IP54 rating, which sounds more believable.

This vanilla model is similar to the Pro, though with some downgrades, starting with the 48MP main camera, which is still joined by an 8MP ultra wide (118°) and 2MP macro (don’t count on 4K, however). The selfie camera is down to 13MP. 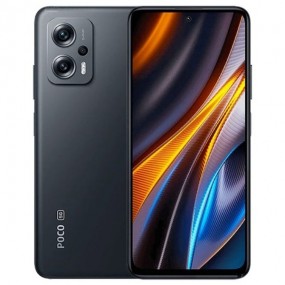 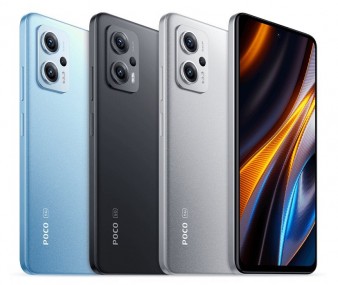 Another change is to the battery – the capacity remains at 5,000mAh, the charge speed drops to 33W.

Like its sibling, the Poco X5 is listed with 6/128GB and 8/256GB configurations (expandable with a microSD). There is no pricing info and no Poco X4 to use as a guide. The X5 offers three color choices: Green, Blue and Black.

As for the vanilla X5, the image looks remarkably like the Redmi K50i though the specs have little in common (plus, the listed colorways don’t match the images). The specs are much closer to the Redmi Note 12, save for the chipset.