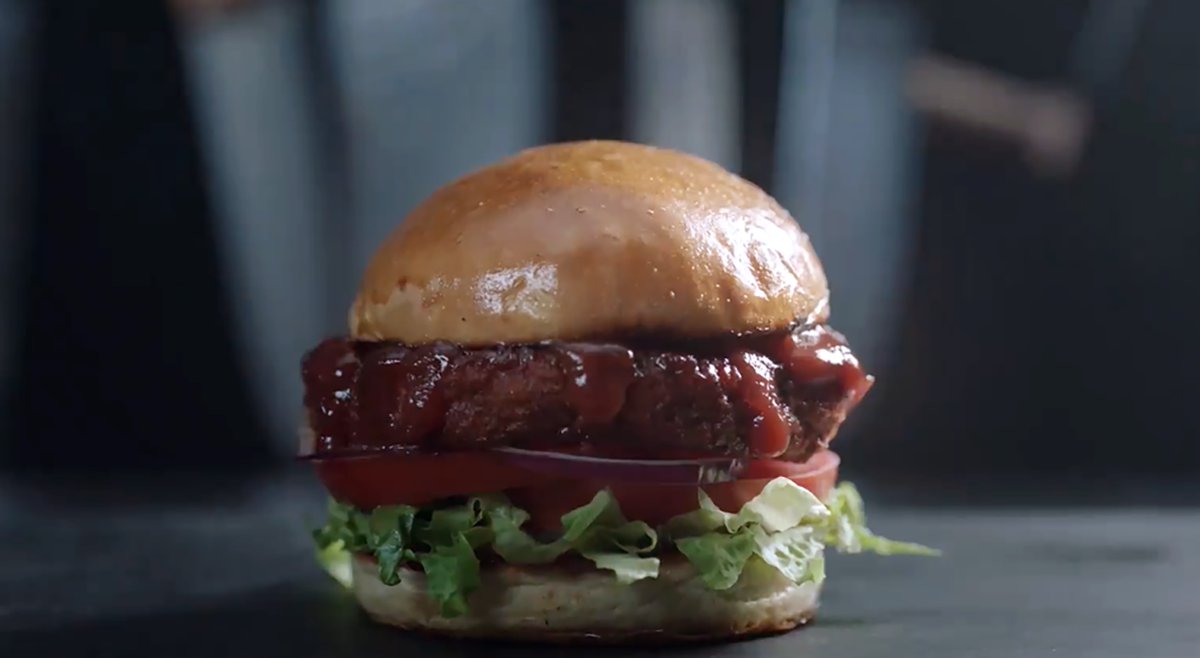 To celebrate Halloween, why not treat yourself to a tasty ‘human meat plant-based burger.’?

Opting for a little casual cannibalism is what Swedish food brand Oumph focused on this October 31.

The company created the ‘human burgers’ and offered them from a food truck in Stockholm as a Halloween stunt.

As for how they know what human flesh is supposed to taste like, the company posted on Instagram that it had ‘spent countless hours researching.’

Oumph has built a business on plant-based alternatives as a way to get people to become more environmentally friendly about the way they eat.

In a promo video for the human burger, chef and Oumph co-founder Ankan Linden said he expected it would evoke curiosity and a little disgust. He said that making people feel uncomfortable was the idea.

Thankfully, the company said the burgers wouldn’t be turned into a regular item on the menu.

In fact, they were discontinued after Halloween because ‘otherwise it would be creepy.’

Halloween stunts aside, the move to plant-based meat alternatives is gaining momentum. Impossible Burgers are one well-known example and use soy leghemoglobin from the roots of soy plants as its key ingredient.

The soy protein gives the burger a realistic ‘meaty’ taste because it’s similar to the proteins found in blood. It’s the first time that soy leghemoglobin will be widely consumed as a food additive.

And, naturally, eating less meat will benefit the environment overall.

Meat production is extremely resource-intensive. In 2018, the UN called animal agriculture ‘the world’s most urgent problem’.

If everyone in the UK swapped just one red meat-based meal to a plant-based one per week, we’d cut the UK’s greenhouse gas emissions by 50 million tonnes.

That data comes from a 2019 study by meat-free food brand Meatless Farm. Admittedly, they’ve got some skin in the game – but that equivalent of taking 16 million cars off the road. Even a fraction of that would be incredible.

So, going vegan can go a long way – and it’s no trouble, with all the delicious vegan recipes out there.