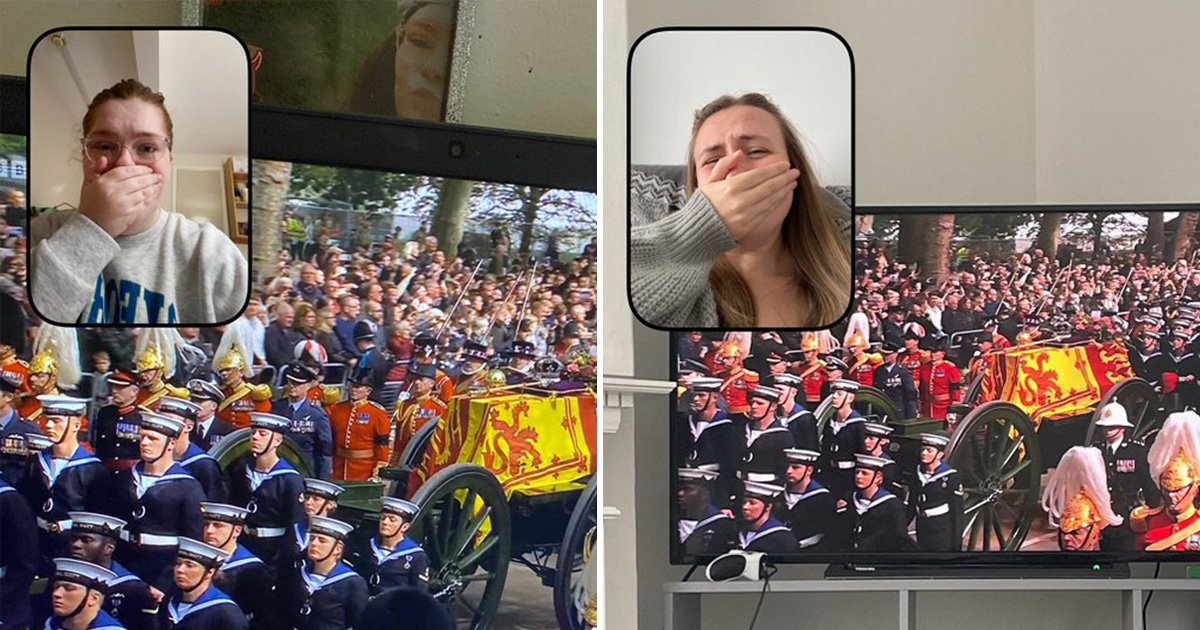 BeReal continues to milk the buzz surrounding world events and in this case the Queen’s funeral.

The Queen’s state funeral on Monday became the biggest broadcasting event as the monarch’s funeral proceedings were additionally documented on social media.

Everyday at a different time, BeReal simultaneously notifies its users to capture and share a photo in just two minutes of receiving the notification.

Today’s BeReal notification went off at around 1.17 pm, just in time to capture people watching the funeral proceedings on TV or in person.

‘Be Real really timed this to perfection today,’ tweeted one user.

‘My mate got a BeReal notification during the Queen’s funeral procession, so he had to follow through with the BeReal,’ tweeted another user, with a picture of the cortege.

The French social media app has been timing its recent notifications to coincide with major world events.

On September 8, the ‘authentic’ social media app went off just after news broke that the Queen was under medical supervision with doctors concerned for her health.

Turns out, the timing of these notifications might not be a coincidence after all.

‘Push notifications are sent around the world simultaneously at different times each day. It’s a secret on how the time is chosen every day, it’s not random :)’ a BeReal spokesperson told Metro.co.uk.

Previously, BeReal’s notification happened to be sent out at at the exact moment when the new Conservative Party leader Liz Truss’ was giving her acceptance speech.

While it’s usually Twitter that steals the thunder during major political moments, this time around BeReal seems to be the clear winner.


MORE : Prince Harry ‘struggled with his emotions’ through whole of Queen’s funeral


MORE : People suspicious about today’s BeReal coinciding with news about the Queen