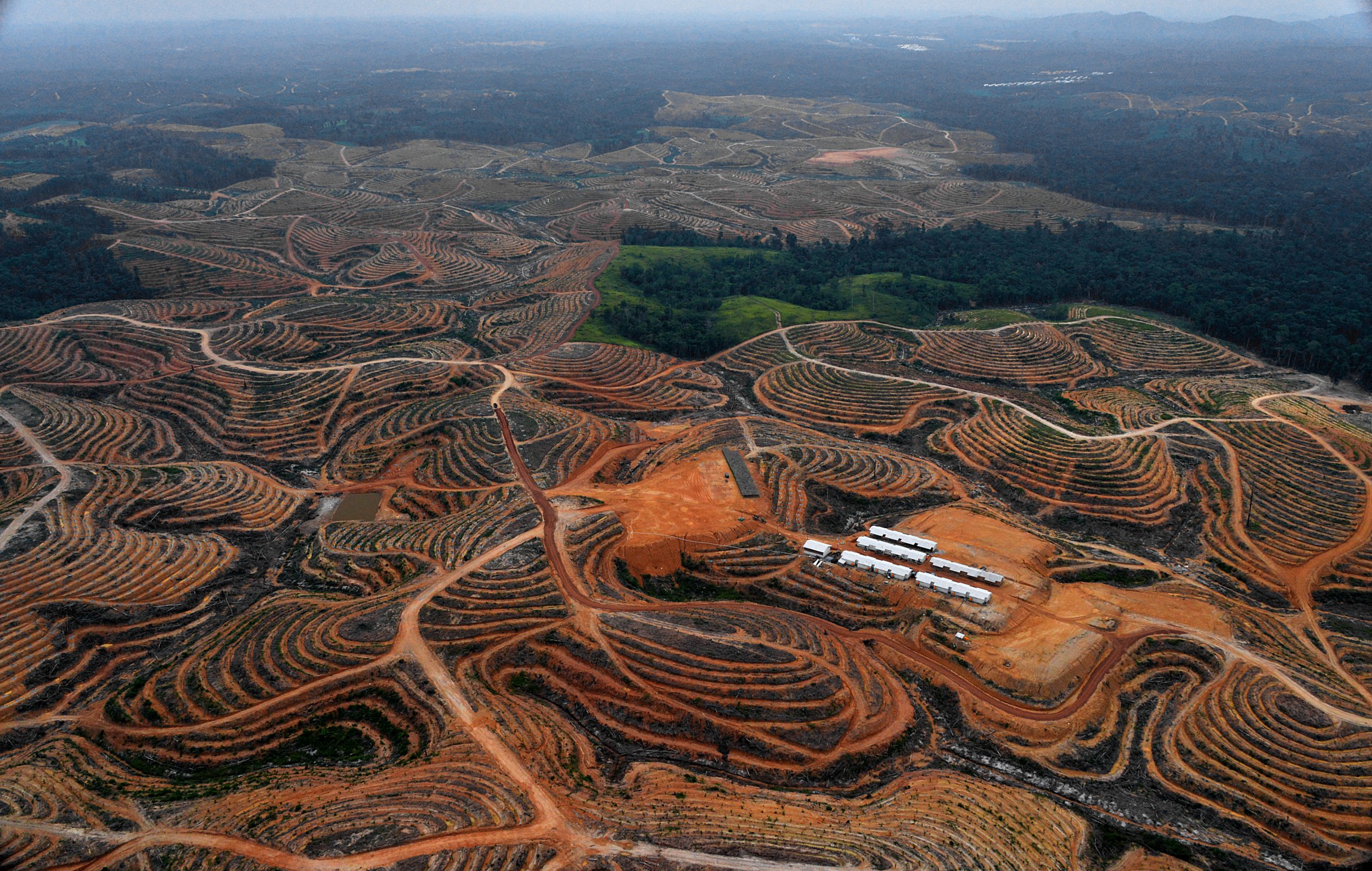 Now a drug has been developed that reverses the process – offering hope of destroying different types of the disease.

Senior author Professor Salvador Aznar-Benitah, of the Barcelona Institute of Science and Technology, said: ‘If things keep on going as planned, we could start the first clinical trial in a couple of years.

‘I am very excited about this and we are investing a lot of effort to generate the best possible therapy that cancer patients will hopefully be able to benefit from in the nearby future.’

Palm oil gives chocolate spread its smooth texture and long shelf life. It is found in a host of other products – including breads and margarine.

The European Food Safety Authority (EFSA) and the World Health Organisation have previously declared it to be more carcinogenic than any other oil.

Now a study has shed fresh light on the link – opening the door to therapies that prevent cancer migrating, or metastasising, to other organs.

It remains the main cause of death. Most patients can only be treated – and not cured.

Other fatty acids – omega-9 and omega-6 fats found in olive oil and flaxseeds – did not show the same effect.

None, including palmitic acid, increased the risk of developing cancer in the first place.

Prof Aznar-Benitah said: ‘I think it is too early to determine which type of diet could be consumed by patients with metastatic cancer that would slow down the metastatic process.

‘That said, based on our results one would think that a diet poor in palmitic acid could be effective in slowing down the metastatic process, but much more work is needed to determine this.

‘We are not concentrating on this direction of research. Instead, we are focusing on new potential therapeutic targets that we could inhibit and that could have a real therapeutic benefit for the patient irrespective of their diet.’

Fatty acids are the building blocks of fat in our body and the food we eat. They also nourish tumours – but it has been unclear how.

When diets of the lab rodents were supplemented with palmitic acid, metastasis increase. There were also long-term effects on the genome.

Cancer cells exposed to palmitic acid for a short period spread quickly – even once it was removed from the diet.

The study in Nature showed this ‘memory’ is caused by epigenetic changes to how our genes function.

They alter the function of metastatic cancer cells – allowing them to form a neural network around the tumour and spread more easily.

By understanding this communication, the team uncovered a way to block it.

Antibodies to stop metastasis in a range of cancers are being developed by ONA Therapeutics, a start-up co-founded by Prof Aznar-Benitah.

The company has secured 30 million Euros from private investors. Tests on patients with different types of the disease should begin by 2023.

Dr Helen Rippon, chief executive at Worldwide Cancer Research which part funded the study, said: ‘This discovery is a huge breakthrough in our understanding of how diet and cancer are linked and, perhaps more importantly, how we can use this knowledge to start new cures for cancer.

‘Metastasis is estimated to be responsible for 90% of all cancer deaths – that’s around nine million deaths per year globally.

‘Learning more about what makes cancer spread and – importantly – how to stop it is the way forward to reduce these numbers.

‘Discovery research like this is incredibly exciting because it marks the beginning of a journey that will ultimately lead to more lives saved and more time spent with loved ones.

‘We are all very excited to see the results from this clinical trial and the future impact these findings might have on people with metastatic cancer.’