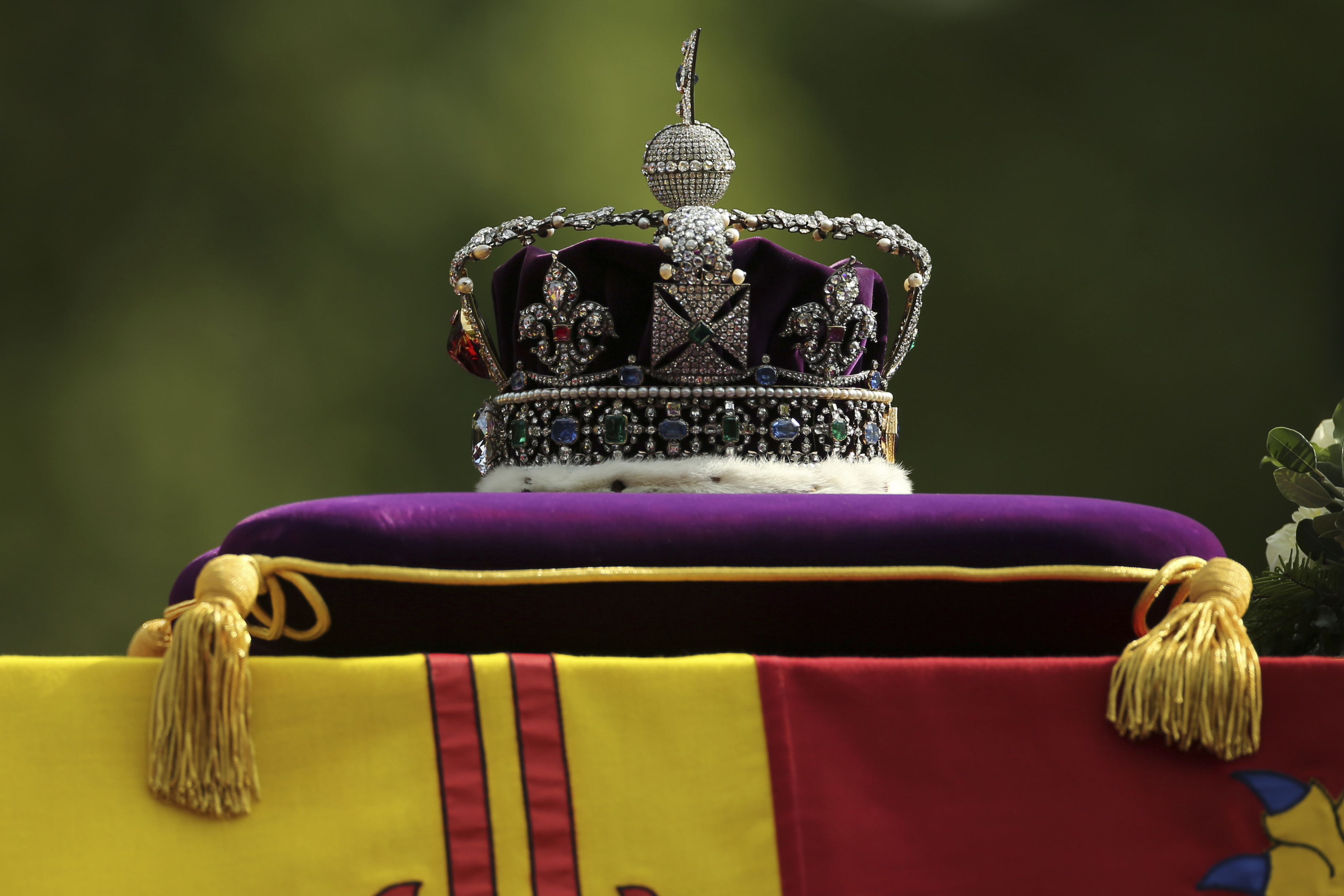 Ninety minutes after Queen Elizabeth II died, orders for thousands of British flags started to flood into a factory south of Shanghai.

More than 100 employees at Shaoxing Chuangdong Tour Articles Co. set aside other work and put in 14-hour days starting at 7:30 a.m. making nothing but British-themed flags.

They turned out at least 500,000 the first week, according to general manager Fan Aiping.

Some are British flags to be carried by mourners or hung outside homes. Others show Elizabeth’s portrait and the years of her birth and death. They range in size from 21 to 150 centimeters (8 to 59 inches) wide and sell for 7 yuan ($1).

The first customer sent an order at 3 a.m. Chinese time for tens of thousands, according to Fan. She said 20,000 the factory had in stock were sent out that morning.

“The customer came to our factory directly to grab the products,” Fan said. “Many of the flags weren’t even packaged. They were put in a box and shipped away.”

The factory had been making flags for the football World Cup before Elizabeth’s death.

Chuangdong has been in the industry since 2005 and produces flags for the World Cup and other sports events or national day celebrations. It also makes sports-themed scarves and banners.

Employees pay attention to news for events that might bring in orders.

“There is a business opportunity behind every news event,” Fan said.

Ni Guozhen, an employee since 2005, said she has learned about the world through her work.

“I’ve learned a lot about current events,” said Ni, who was sewing flags with the queen’s portrait. “My knowledge has grown. Therefore I’m proud and happy that I’m making flags.”

“There is a story behind each flag,” Fan said. “This time it’s about the queen in the United Kingdom. They are buying these flags to mourn the queen deeply.”