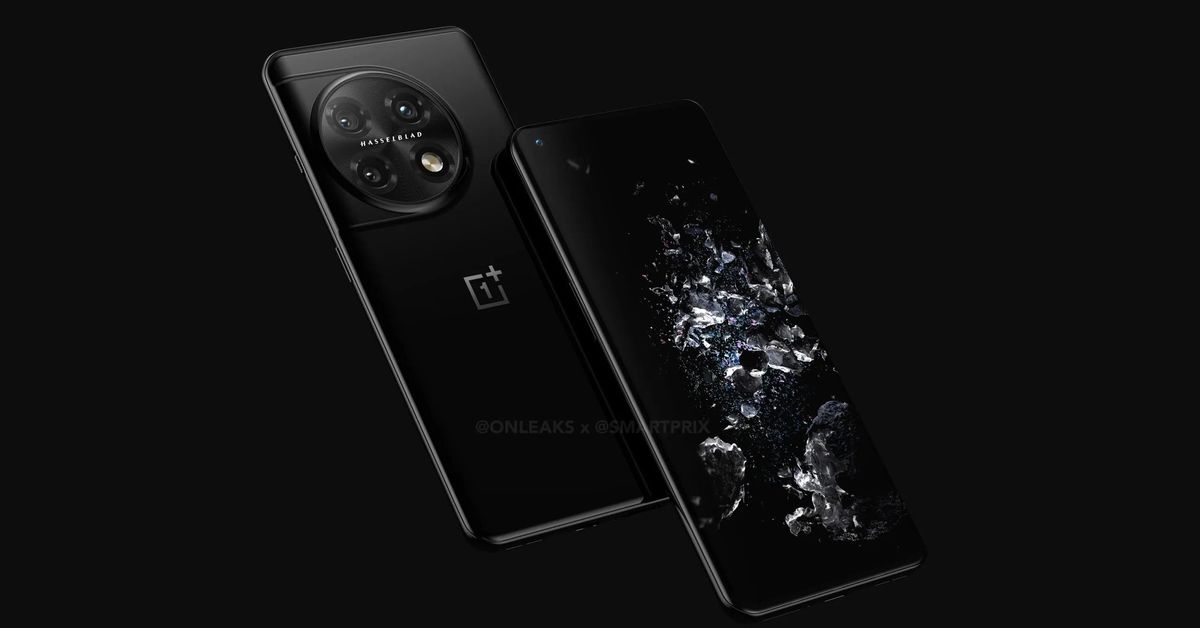 Leaked renders of the anticipated OnePlus 11 Pro have been shared online by Smartprix (in collaboration with OnLeaks), showing a new circular camera housing and the return of the iconic alert slider. These renders appear to be based on an early prototype of the OnePlus 11 Pro, so the design might not reflect the final product, but it does give us some idea of what to expect when the phone releases sometime in 2023.

A feature that was removed in the recently released OnePlus 10T is a Hasselblad-endorsed camera. If these renders are to be believed, the OnePlus 11 Pro camera will once again bear the Hasselblad name, though there is a chance that this could be the last OnePlus flagship handset to collaborate with the Swedish camera manufacturer. The partnership was speculated to only last for three years after it was announced alongside the OnePlus 9 series back in 2021.

Next up is the redesigned camera housing, which has stepped away from the square shape featured on the OnePlus 10 Pro in favor of a larger, circular design with a half-pill-shaped boundary. This isn’t the first time OnePlus has used a circular camera housing on its phones (with a notable example featuring on the OnePlus 7T), but the triple camera setup on the renders is much larger than previous releases.

Finally, the leaked renders show a return of the beloved alert slider, a feature that was promised by OnePlus to make a comeback on future models after it didn’t show up on the OnePlus 10T. Prior to its release, all OnePlus flagships came with a slider that allows you to easily switch between Sound, Vibrate, and Mute modes.

There were concerns that the slider would be restricted to Pro-branded handsets rather than every OnePlus flagship, but we won’t know for certain until we get some official information closer to release. There are no additional details regarding specifications or pricing within these leaks, but recent speculation suggests that the OnePlus 11 Pro will launch with the Snapdragon 8 Gen 2, Qualcomm’s upcoming flagship processor.