Oceans polluted with 26,000 tonnes of plastic during the pandemic 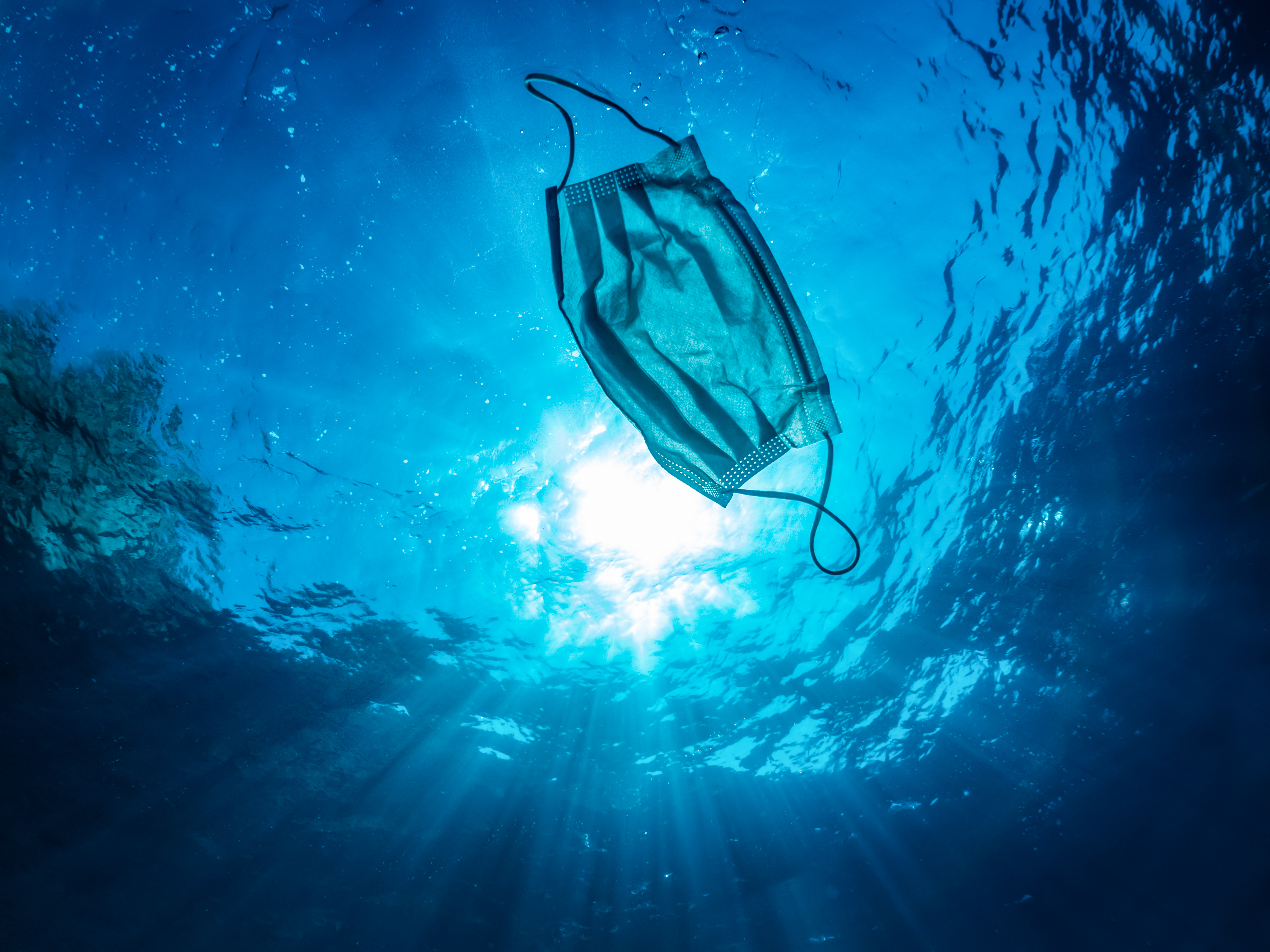 Plastic waste generation soared due to hospital waste and the use of PPEs during the pandemic — most of it ending up in the oceans.

According to a new study, 25,900 tonnes of ‘pandemic-associated plastic waste’ has found their way into the oceans, according to a report published on Monday.

As of August 23, 193 countries have created eight million tonnes of waste during the pandemic. This study is among the first to quantify the scale of plastic waste linked to the pandemic.

‘The COVID-19 pandemic has led to an increased demand for single-use plastics that intensifies pressure on an already out-of-control global plastic waste problem,’ the researchers explained in the article.

The boom in plastic pollution amid heightened use of personal protective equipment (PPE) and the rapid growth in online shopping were expected to have drastic negative effects on the environment.

The study by a group of researchers based in China and the United States, found that 46% of the mismanaged plastic waste came from Asia, due to the high level of mask-wearing by individuals there, followed by Europe at 24% and North and South America at 22%

This reflected the lower treatment level of medical waste in many developing countries such as India, Brazil, and China compared to developed countries with large numbers of cases in North America and Europe.

Increased use of personal protective equipment including gloves and masks during the pandemic has added to an existing problem of mismanaged plastic waste, the report found.

Plastic is convenient for the production of PPE and packaging due to its low cost and durability but it endangers marine life and threatens the coastal ecosystem.

A lot of plastic waste enters the world’s oceans via major rivers, according to the researchers. 10 rivers accounted for 79% of pandemic-related plastic discharge, said the researchers.

The top three rivers responsible for pandemic-related plastic waste discharge were the Shatt al Arab in Iraq, Indus in Pakistan and Yangtze in China, all located in Asia.

The researchers estimate that about 87% of the waste came from hospitals — not individuals — and that countries are not able to handle and efficiently process the tremendous amount of plastic waste.

Unfortunately, the treatment of plastic waste does not keep up with the increased demand for plastic products. Pandemic epicenters in particular struggle to process the waste and not all the used PPEs and packaging materials are handled or recycled.

This mismanaged plastic waste is then discharged into the environment, and a portion reaches the ocean. These plastics can be transported over long distances in the ocean, potentially causing injuries and even death in marine wildlife.

As of July, there were 61 recorded instances of animals being killed or injured due to pandemic-related plastic waste, according to a Dutch tracking project.

A study in March presented the first case of a fish entrapped in a medical glove, encountered during a canal cleanup in Leiden, the Netherlands. In Brazil, a protective mask was found in the stomach of a dead Magellanic penguin.

A previous report estimated that 1.56 million face masks entered the oceans in 2020. These masks will take as long as 450 years to break down, slowly turning into micro plastics that contaminate the food chain.

‘The plastic debris could also facilitate species invasion and transport of contaminants including the COVID-19 virus,’ said the study.

Advocacy groups urged governments to spread public information campaigns regarding the proper collection and management of pandemic-related plastic waste and their judicial use.

‘This includes advocating the use of reusable masks and PPEs for the general public…especially if one is not working in the front lines,’ said Von Hernandez, global coordinator of Break Free From Plastic.

The scientists predicted that by the end of the century almost all pandemic-associated plastics would end up either on the seabed or on beaches.

Better medical waste management in pandemic epicenters, especially in developing countries is also needed to mitigate the threat to our oceans.


MORE : Incredible snaps from Ocean Photographer of the Year 2021 give glimpse of problems marine life face