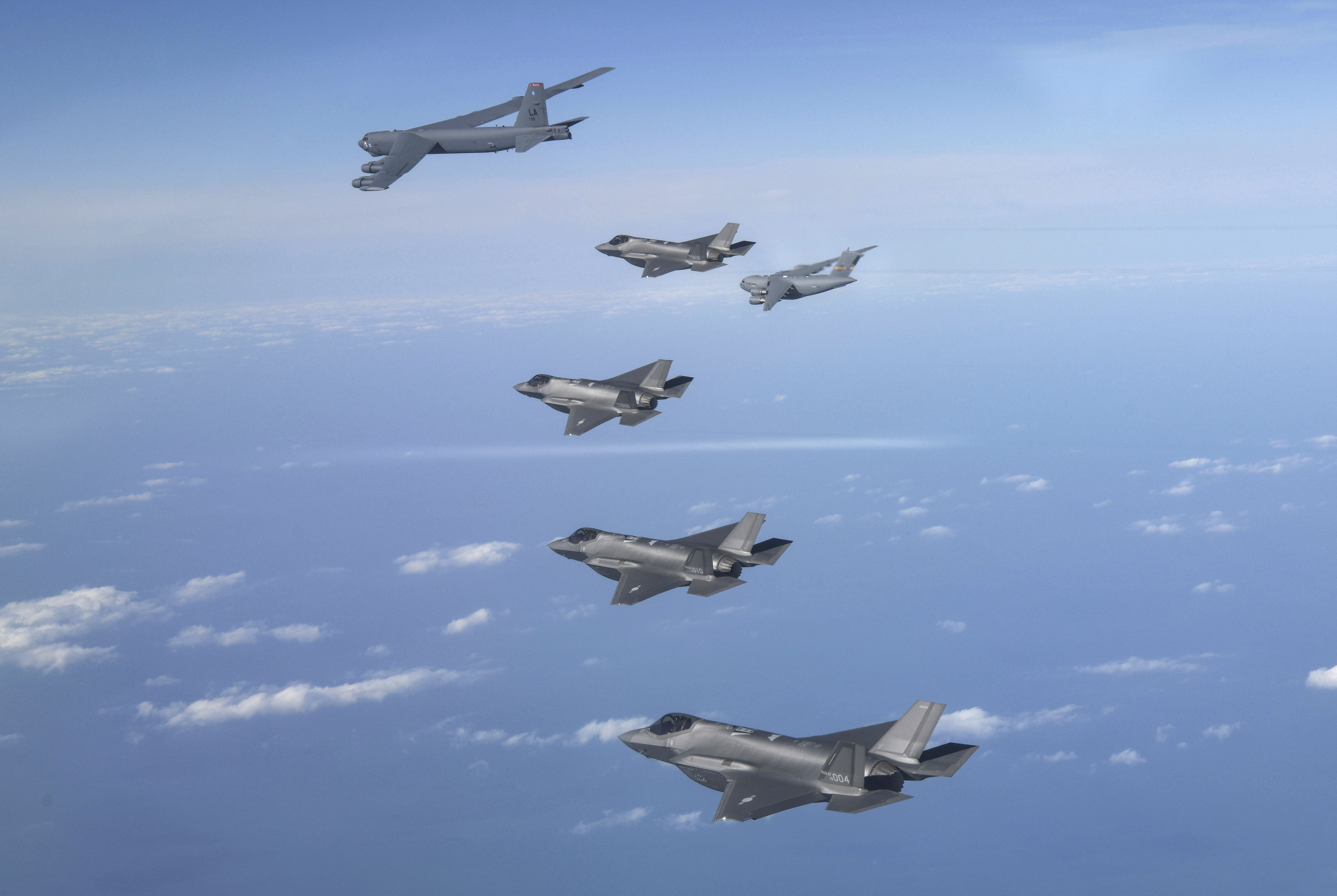 Kim’s moves are in line with the broad direction of his nuclear program. He has repeatedly vowed to boost both the quality and quantity of his arsenal to cope with what he calls U.S. hostility. Some experts say Kim’s push to produce more nuclear and other weapons signals his intention to continue a run of weapons tests and ultimately solidify his future negotiating power and win greater outside concessions.

“They are now keen on isolating and stifling (North Korea), unprecedented in human history,” Kim said at a recently ended key ruling party meeting, according to the official Korean Central News Agency. “The prevailing situation calls for making redoubled efforts to overwhelmingly beef up the military muscle.”

During the six-day meeting meant to determine new state objectives, Kim called for “an exponential increase of the country’s nuclear arsenal” to mass produce battlefield tactical nuclear weapons targeting South Korea. He also presented a task to develop a new ICBM missioned with a “quick nuclear counterstrike” capability– a weapon he needs to strike the mainland U.S. He said the North’s first military reconnaissance satellite will be launched “at the earliest date possible,” KCNA said.

“Kim’s comments from the party meeting reads like an ambitious– but perhaps achievable– New Year’s resolution list,” said Soo Kim, a security analyst at the California-based RAND Corporation. “It’s ambitious in that Kim consciously chose to spell out what he hopes to accomplish as we head into 2023, but it also suggests a dose of confidence on Kim’s part.”

Last month, North Korea claimed to have performed key tests needed for the development of a new strategic weapon, a likely reference to a solid-fueled ICBM, and a spy satellite.

Kim’s identification of South Korea as an enemy and the mention of hostile U.S. and South Korean policies is “a reliable pretext for the regime to produce more missiles and weapons to solidify Kim’s negotiating position and concretize North Korea’s status as a nuclear weapons power,” Soo Kim said.

Later Sunday, South Korea’s Defense Ministry reiterated a warning that that any attempt to use nuclear weapons by North Korea “will lead to the end of the Kim Jong Un government.” The U.S. military has previously made similar warnings.


“The new year started but our security situation is still very grave,” South Korean President Yoon Suk Yeol told top military officers during a video conference. “Our military must resolutely punish any provocation by the enemy with a firm determination that we dare to risk fighting a battle.”

Senior diplomats from South Korea, the U.S. and Japan spoke by phone and agreed that provocations by North Korea would only deepen its international isolation and prompt their trilateral security cooperation. They still reaffirmed that the door to dialogue with North Korea remains open, according to the South Korean Foreign Ministry.

Since his high-stakes summitry with then-President Donald Trump collapsed in 2019 due to wrangling over U.S.-led sanctions, Kim Jong Un has refused to return to talks with Washington and taken steps to enlarge his arsenal. Some observers say Kim would eventually want to make North Korea a legitimate nuclear power so as to win the lifting of international sanctions and the end of the regular U.S.-South Korean military drills that he views as a major security threat.


“It was during his 2018 New Year’s speech that (Kim) first ordered the mass production of warheads and ballistic missiles, and he’s doubling down on that quantitative expansion goal in the coming year,” said Ankit Panda, an expert with the Carnegie Endowment for International Peace.

Panda said the reference to a new ICBM appears to concern a solid-propellant system, which could be tested soon. He said a satellite launch could take place in April, a month that includes a key state anniversary.

Worries about North Korea’s nuclear program have grown since the North last year approved a new law that authorized the preemptive use of nuclear weapons in a broad range of situations and openly threatened to use its nuclear weapons first. During last week’s party meeting, Kim reiterated that threat.

Earlier Sunday, South Korea’s military detected a short-range ballistic missile launched from the North’s capital region. It said the weapon traveled about 400 kilometers (250 miles) before falling into the water between the Korean Peninsula and Japan. The U.S. Indo-Pacific Command said that the U.S. commitments to defend South Korea and Japan “remain ironclad.”

North Korea test-fired more than 70 missiles last year, including three short-range ballistic missiles detected by South Korea on Saturday. The testing spree indicates the country is likely emboldened by its advancing nuclear program. Observers say the North was also able to continue its banned missile tests because China and Russia have blocked the U.S. and others from toughening U.N. sanctions at the Security Council.


KCNA confirmed Sunday that the country conducted the test-firings of its super-large multiple rocket launcher on Saturday and Sunday. Kim Jong Un said the rocket launcher puts all of South Korea within striking distance and is capable of carrying a tactical nuclear warhead, according to KCNA.

“Its recent missile launches were not technically impressive. Instead, the high volume of tests at unusual times and from various locations demonstrate that North Korea could launch different types of attack, anytime, and from many directions,” said Leif-Eric Easley, a professor at Ewha University in Seoul.

Animosities between the rival Koreas have further deepened since early last week, when South Korea accused North Korea of flying drones across their heavily fortified border for the first time in five years and responded by sending its own drones toward the North.