HMD Global kicks off 2023 with a budget Android 12 Go Edition phone, the Nokia C12. Based on the model number, this is a sequel to the Nokia C10 from early 2021, though it is actually smaller than most phones in the C-series.

The phone comes with 2GB of RAM but has an option to enable another 2 gigs of virtual RAM. Go Edition can run on as little as 1GB of RAM, though some models come equipped with up to 4GB, so the C12 is somewhere in the middle. It is equipped with 64GB of storage (eMMC 5.1), however, there is no microSD expansion available as far as we can tell.

The phone has two cameras – one 8MP module on the back (with autofocus and an LED flash) and one 5MP selfie camera on the front (in a notch). They have Night and Portrait modes.

The Nokia C12 is a 4G phone, other wireless connectivity options include Wi-Fi b/g/n and Bluetooth 5.2. You can also plug in wired headphones into the 3.5mm jack. That’s all good, but we are not pleased to see a microUSB connector for data and power.

Speaking of, the phone has a 3,000mAh battery (with “all-day battery life”) and charges at a measly 5W. 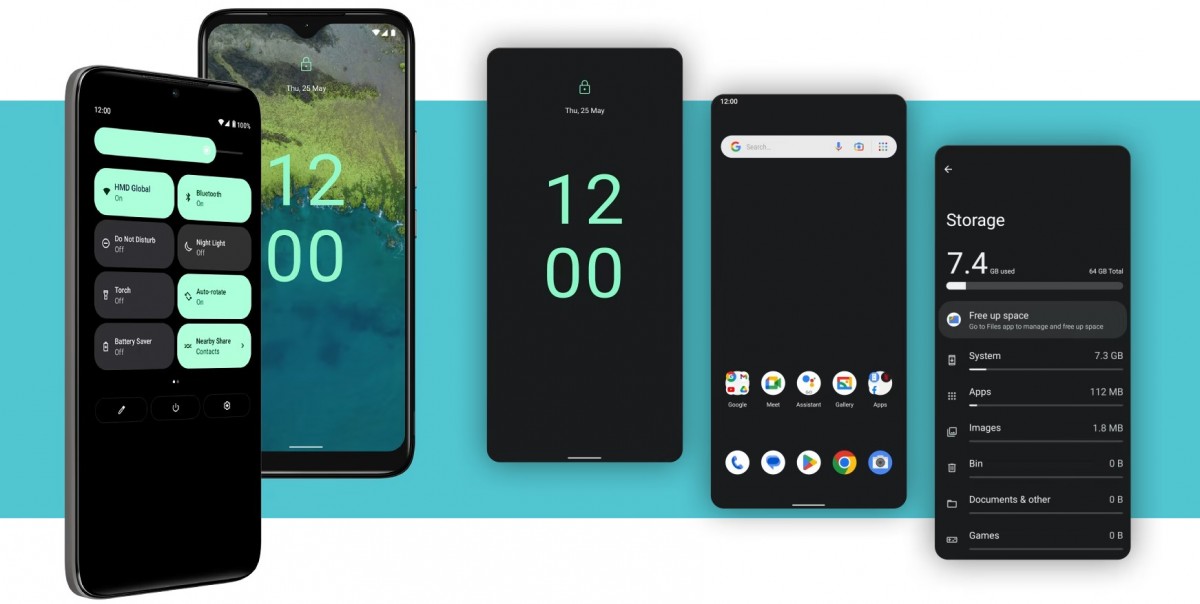 Cheap though it may be, the C12 is built to last. It has a polycarbonate body with a grippy texture, but the phone is protected against drops too and it has toughened glass on the front. And it is rated IP52 (protected against dust and dripping water). HMD has committed to 2 years of quarterly security updates (no word on OS updates, but that is typical of Go Edition models).