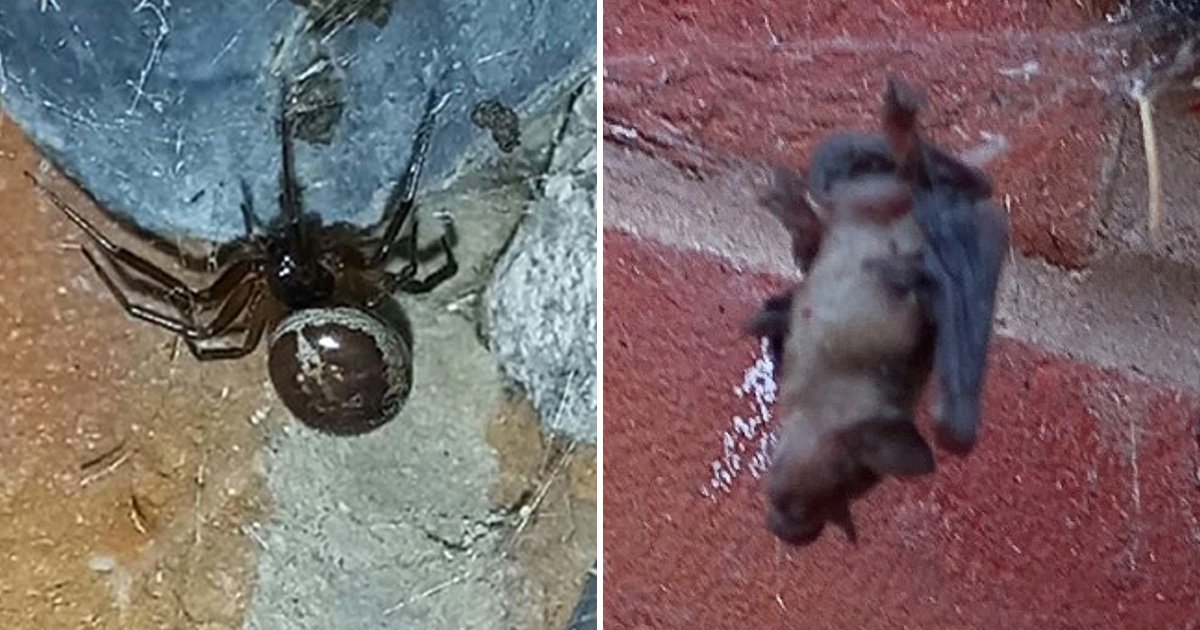 The first record of a noble false widow spider feeding on a protected species of bat has been made in the UK.

The discovery was made by wildlife artist Ben Waddams at his home in north Shropshire.

On two consecutive days, protected Pipistrelle bats living in the attic were found entangled on the spider’s web below the entrance to the roost.

The first bat, a young pup, was completely immobilised with its limbs pinned tightly to the torso with silk. It was slightly shrivelled and discoloured from the spider feeding off the remains.

A second, much larger adult bat, was also captured and entangled in the web but as it was still alive, the bat was rescued and released.

The grisly event is not as uncommon as people might expect – three years ago the noble false widow spider was reported feeding on a protected species of native lizard in Ireland.

But this is the first time one of the spiders has been recorded preying on a bat (or any vertibrate) anywhere in the world.

Originating from Madeira and the Canary Islands, the noble false widow (or, to give it its Latin name, Steatoda nobilis) has the potential to become one of the world’s most invasive species of spider.

It was first reported in southern England in 1879 and has increased its range and population density in recent decades, spreading northwards towards Scotland and westward through Wales and Ireland.

In that time, the species has also spread globally from across Europe, East Asia, North America, and South America.

The events that took place in Ben’s attic have been reviewed by experts studying the spider.

Dr Michel Dugon, head of the venom systems lab at the Ryan Institute at the National University of Ireland, Galway, said: ‘We have been working on the noble false widow for the past five years, and have learnt a great deal about this species – yet, we are still surprised by its ability to adapt to new environments and make the most of the resources available.

‘It is a truly remarkable species.’

The spiders possess a fast-acting neurotoxic venom with a very similar composition to true black widows that can cause neuromuscular paralysis in terrestrial vertebrates.

This allows them to occasionally feed on small reptiles and mammals.


MORE : Largest venomous spider in the world ends up in Hull after 5,000-mile trip