New Trailers: The Power of the Dog, Moonfall, Morbius, The Book of Boba Fett and more 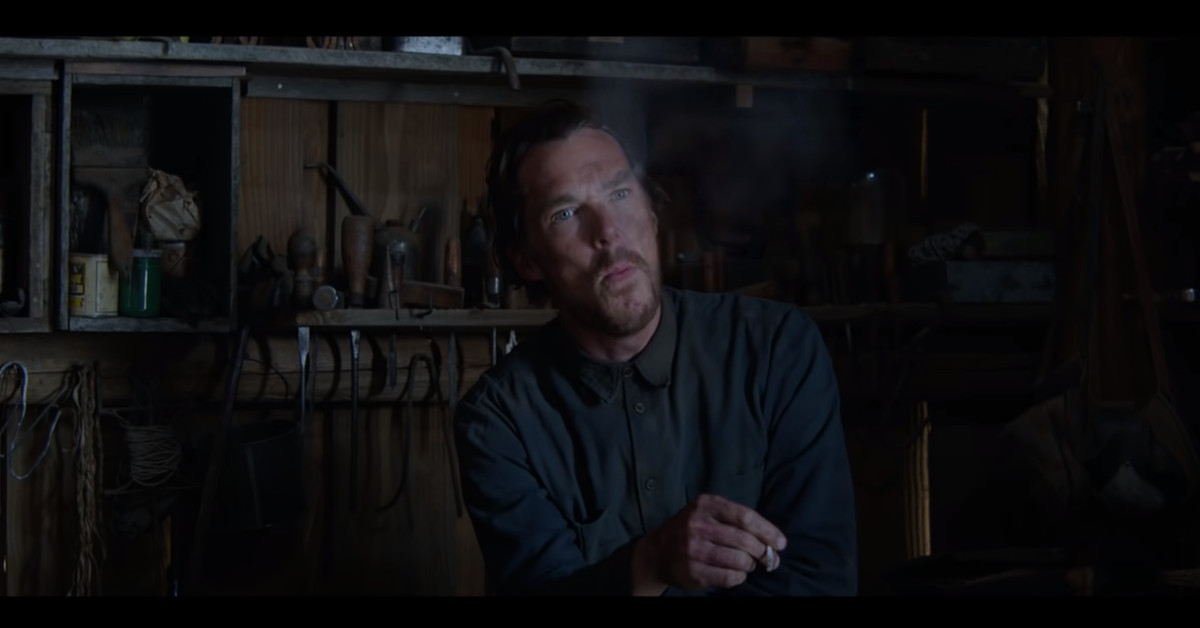 I have noticed this irritating thing where more and more trailers have a scene to introduce the trailer. It is already an introduction! You are wasting precious seconds telling me what I’m about to see instead of just showing me!

OK end rant. I finished my (late) binge of Maid on Netflix and am now really interested to read the book. It may have been one of the most realistic descriptions of poverty I’ve ever seen, where even the smallest setback can have a devastating effect, and you’re painfully aware of every penny you earn and where it’s going to go before you even get paid. Also The Morning Show finally had a good, return-to-form episode with Ruthless Cory, Spiraling Chip, and Awful Alex each at their peak. The best scene, though, belonged to Mia (Karen Pittman) as she tried to make sense of the episode’s big event on a personal level. More of her, please, show (although with two episodes left in the season and Alex just back from Italy and breathing on and hugging everyone… maybe not?).

The Power of the Dog

Benedict Cumberbatch plays a mean cattle rancher who bullies his brother, his sister-in-law, and her son in this absolutely gorgeous-looking movie directed by Academy Award winner Jane Campion which is based on the 1967 novel of the same name by Thomas Savage. The movie is already generating (I know, but it really is) Oscar buzz for Cumberbatch and for Kirsten Dunst. Along with Cumberbatch, Dunst, Jesse Plemons, and Kodi Smit-McPhee star in The Power of the Dog, which comes to theaters on November 17th and Netflix on December 1st.

The Book of Boba Fett

“Every galaxy has an underworld” is this series’ tagline and hell yeah it does let’s go. The long-awaited series on the Star Wars movies’ most popular villain (note that the first thing we hear in the trailer is: “I am not a bounty hunter”) is almost here, and this first trailer should do plenty to whet fans’ appetites. We got our first look at the series in a post-credit scene from the finale of the second season of The Mandalorian, where Fett kills Bib Fortuna and takes the throne once occupied by his late employer Jabba the Hutt. The loyal Fennec Shand sits at his side. The new trailer shows Fett trying to negotiate with some of Jabba’s former associates: “Jabba ruled with fear. I intend to rule with respect.” Bring on the wretched hive of scum and villainy! Temuera Morrison and Ming-Na Wen star in The Book of Boba Fett, which comes to Disney Plus on December 29th.

Maybe this movie will be good! Big, loud, disaster movies directed by Roland Emmerich are … well they are big and loud and usually very popular. The premise here is that the guys on the Apollo 11 moon landing in 1969 found something sinister that has been kept hidden for 50 years but now it’s like, out? And the moon is going to … fall? And also it’s hollow and there is something in there? Anyway it will all be Very Bad for Earth and, the Only One Who Can Save Us All is Halle Berry (that tracks, actually). She stars along with Patrick Wilson, John Bradley, and Donald Sutherland (who is apparently playing The Voice of Doom) in Moonfall, which hits theaters February 4th.

Maybe this movie will be good! It’s been almost two years since we last saw a trailer for this movie about a lesser-known Spiderman antihero and I think our review of the first trailer back in January 2020 holds up pretty well. Dr. Michael Morbius has a blood ailment he has to find a cure for and accidentally turns himself into a sort-of vampire with perfect abs “and some form of bat radar” (literally a quote from the trailer) and he can also sort of fly, plus he needs to drink blood. OK, cool. Jared Leto, Matt Smith, Adria Arjona, Jared Harris, Al Madrigal, and Tyrese Gibson star in Morbius, which comes to theaters in January.

There is also a new trailer for Resident Evil: Raccoon City which I will link here but decided not to embed because it’s pretty gruesome throughout. It comes to theaters November 24th.