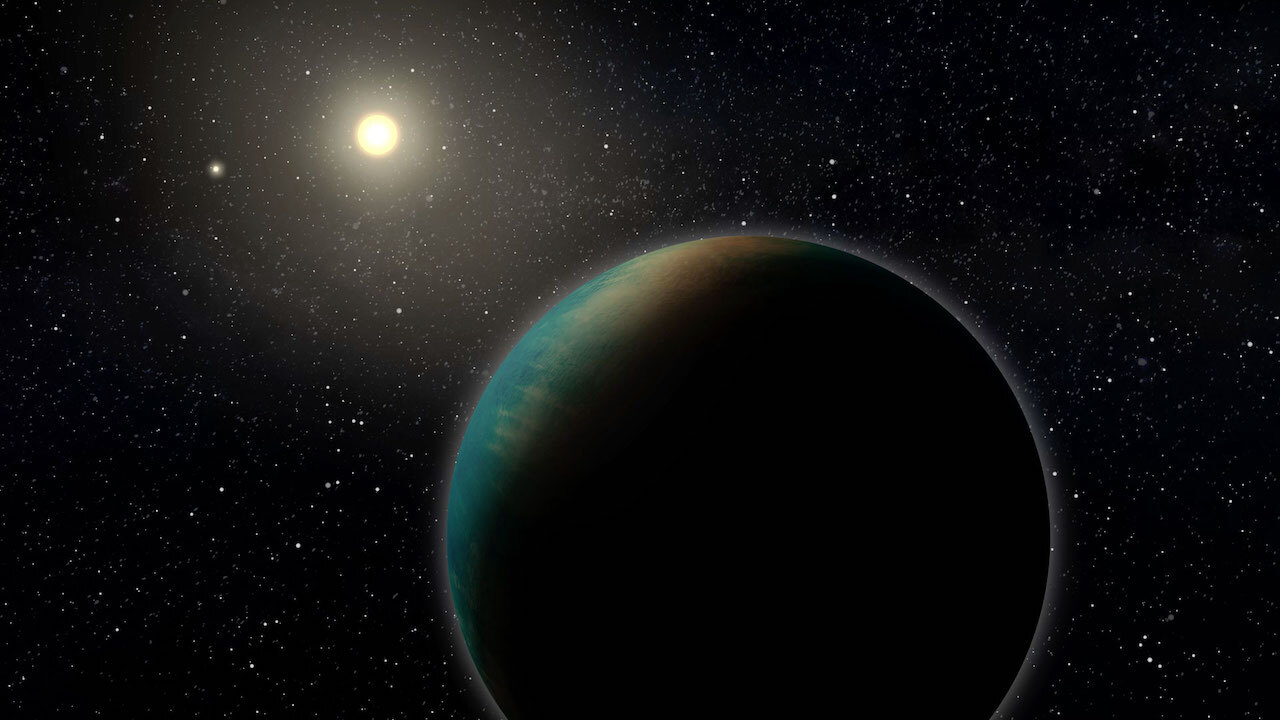 Nasa has found a planet in the far reaches of the universe that might be covered in life-supporting water.

On Wednesday, an international team led by the University of Montreal announced the discovery of a ‘super-Earth’ – a planet that is potentially rocky like ours, but larger – orbiting a red-dwarf star about 100 light-years away.

Since 2018, the space agency has been on the hunt for planets outside of our solar system, including those that could support life.

Aiding this search is The Transiting Exoplanet Survey Satellite (TESS), which is on a mission to survey 200,000 of the brightest stars near the sun to search for viable exoplanets.

TESS launched on April 18, 2018, aboard a SpaceX Falcon 9 rocket and has since found thousands of exoplanets. In March, Nasa confirmed the existence of 5,000 planets outside our solar system.

While some are covered in lava oceans, this new planet discovered by TESS may be covered in water.

Ocean planets are long imagined but difficult to confirm, and TOI-1452 b is no different.

‘About 70% larger than Earth, and roughly five times as massive, its density could be consistent with having a very deep ocean,’ said Nasa.

The planet might also be a huge rock, with little to no atmosphere or an atmosphere of hydrogen and helium.

If TOI-1452 b did end up being an ‘ocean world’, that ocean could be deeper than on Earth.

While Earth’s surface is 70% water, our sea of blue makes up less than 1% of Earth’s mass. One simulation of TOI-1452 b showed that water could make up as much as 30% of its mass.

That proportion is similar to watery moons in our solar system like Jupiter’s Ganymede and Callisto, or Saturn’s Titan and Enceladus that are suspected to hide deep oceans under shells of ice.

On TOI-1452 b, one ‘year’ lasts 11 days; that’s how long it takes to orbit its star. The star is one of a pair with its gravitational partner also a red dwarf, estimated to be in a 1,400-year orbit.

The obvious next step is to get our most powerful space telescope on the job to study this planet and Nasa’s James Webb Space Telescope happens to be in the perfect spot for it.

The planet’s distance of 100 light-years is, in astronomical terms, fairly close. Researchers on the new planet’s discovery team will now seek to schedule time on Webb to take a closer look.

They believe that its relatively bright star should allow Webb to capture a spectrum of starlight shining through its atmosphere, indicating the kind of atmosphere it has.