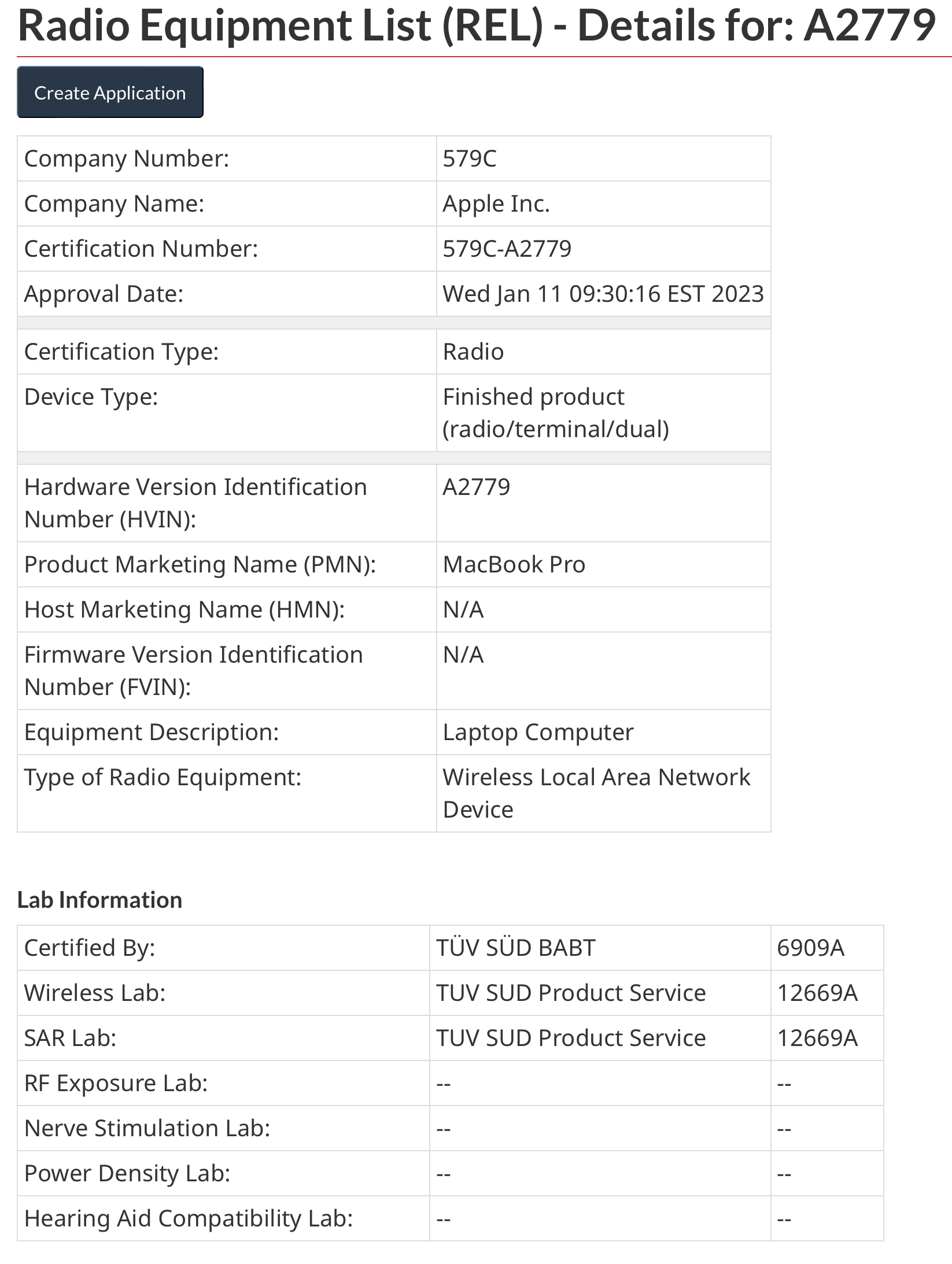 Evidence is mounting that new Macs could be announced this week. An unreleased MacBook Pro with upgraded Wi-Fi speeds has surfaced in the Canada Radio Equipment List database, with the model number A2779. The new Mac hardware could be announced tomorrow, according to multiple sources.

New MacBook Pro with Wi-Fi 6E on the way

The filing was spotted by Wade Penner on Twitter. Apple’s filing received approval last week on January 11. The registration references a “product marketing name” of MacBook Pro with an “equipment description” of “laptop computer.” The model number listed is A2779, which does not correlate to any current MacBook Pro.

Here’s what Apple said about Wi-Fi 6E when the technology came to the M2 iPad Pro last year:

The new iPad Pro supports the fastest Wi-Fi connections with support for Wi-Fi 6E, so users who need fast connections can take their demanding workflows with them everywhere. Downloads are up to 2.4Gb/s, 2x faster than the previous generation.

Of course, to take advantage of this upgrade, you also need a router that is compatible with Wi-Fi 6E and the 6GHz wireless band. This includes routers like the latest Eero Pro system as well as other offerings from companies like TP-Link.

Regulatory filings such as this one are often the most reliable indications of an impending hardware release from Apple. The company is required to receive regulatory approval for new devices in a number of countries around the world. Often, these filings are kept under wraps until the products are announced, but that’s not always the case.

As 9to5Mac reported earlier on Monday, Apple could announce these new MacBook Pro models tomorrow. The company is holding briefings with members of the press on Wednesday and Thursday, and a tentative review embargo is set for Monday, January 23.