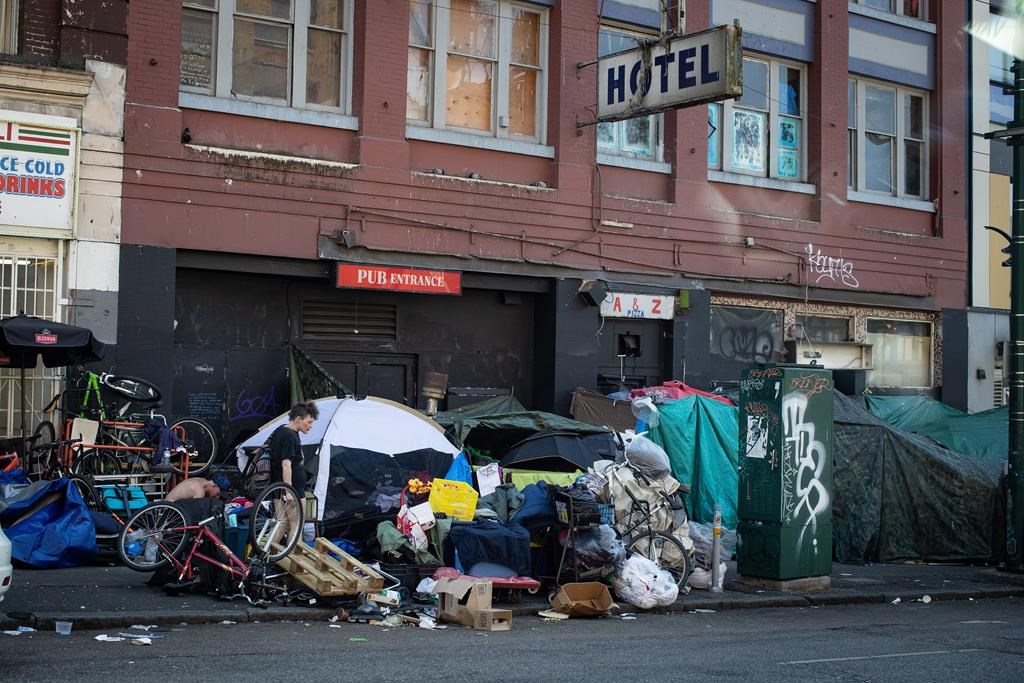 Plans for a proposed methadone clinic in Vancouver’s Chinatown are drawing mixed reactions in the struggling neighbourhood that borders the Downtown Eastside.

On Friday afternoon, a small but vocal group of protesters voiced their opposition to the proposal for the vacant storefront at 523 Main Street.

“I was quite shocked to be honest that there was no public hearing, no notice,” protest organizer and pharmacist David Wong said.

Wong, who owns and operates two Corning Drugs pharmacies in Chinatown, including one next door to the potential methadone clinic, launched an online petition against the clinic, garnering more than 650 signatures as of Friday.

Like the approximately half-dozen existing pharmacies in the area Wong serves mainly seniors. To his knowledge, no one dispenses methadone, he said.

The heart of Chinatown he said, is not the right location.

“For the patients that come here, the elderly, the young, the children, I have concerns for their safety,” he said.


The City of Vancouver approved a two-year development permit for the new operator of 523 Main Street on Nov. 21 after the application was received on Oct. 11.

Because there was no change from its previous use a health care office with a small-scale pharmacy, no neighbourhood notification was required.

The College of Pharmacists of BC regulates what drugs can be sold or dispensed, and as of Dec. 2, it had not received any application from the new operator.

Global News has reached out to Moheb Michael, the registered pharmacist who signed the letter of operation included in the development permit application, for details on his plans for 523 Main Street.

“We’re not against the methadone and the concept but I think a different place and time would make sense,” Wong told Global News.

As Chinatown struggles with street disorder, the local business improvement association says its members agree it’s not an appropriate business for the heritage area. A nearby application for a cannabis store at 242 East Pender Street was refused by the city last year.


“In the last two years we’ve had a lot of inquiries on the vacant stores for cannabis stores, methadone clinics, pharmacies because it’s quite profitable,” Vancouver Chinatown BIA president Jordan Eng said Friday.

“But if we are trying to revitalize Chinatown, that doesn’t really add to the neighbourhood.”

Friday’s rally attracted one counter protester who said a methadone clinic would benefit the area.

“It’s kind of like not in my backyard syndrome that they seem to have and it’s just very ignorant,” Downtown Eastside resident Daniel Lacert said.

“It could be their son or daughter, or their mom or whoever that could get addicted to opiates and need this help.”

Peer clinical advisor and recovery advocate Guy Felicella with the BC Centre on Substance Use said the reaction is overblown.

“When did we become such a fearful society,” Felicella asked Friday.

“This is a substance that gets people stable and off the illicit drug supply.”

The City of Vancouver said the new pharmacist is in good standing with the College of Pharmacists of BC, and the proposed use fits with current zoning.