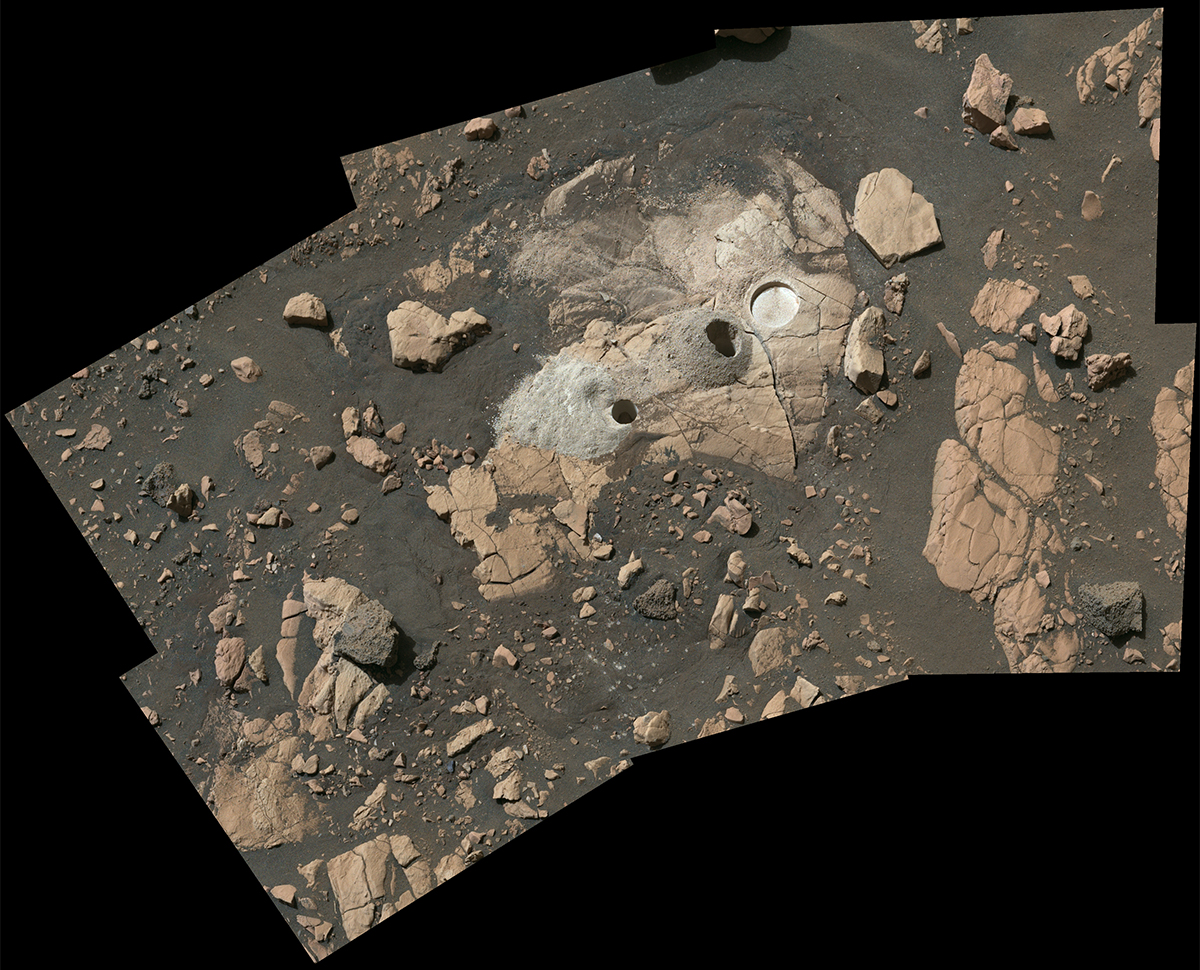 Ancient Mars had all the ingredients for life, Nasa scientists have revealed.

The agency has found evidence of organic chemicals in 3.5 billion year-old lakebed: an area that could once have hosted life.

An instrument aboard Nasa’s Perseverance rover detected the minerals while probing a rock called ‘Wildcat Ridge’ in the Red Planet’s Jezero crater.

‘In the distant past, the sand, mud, and salts that now make up the Wildcat Ridge sample were deposited under conditions where life could potentially have thrived,’ said project scientist Ken Farley from Caltech university.

The sedimentary rocks are made up of particles that settled on the crater’s formerly watery landscape.

‘The fact the organic matter was found in such a sedimentary rock — known for preserving fossils of ancient life here on Earth — is important.’

This is because Perseverance has already found igneous rock on the Red Planet. This rock is formed extremely hot magma cools and solidifies.

‘The [crater’s] delta, with its diverse sedimentary rocks, contrasts beautifully with the igneous rocks… discovered on the crater floor,’ he explained.

‘This juxtaposition provides us with a rich understanding of the geologic history after the crater formed and a diverse sample suite.’

Not only have the team found organic compounds in the crater’s mudstone, but they’ve found sandstone containing tiny pieces of rock created far away.

But Farley cautioned it was still too early to draw firm conclusions from the sediment before samples could be examined in laboratories on Earth. Just because the rock appears to contain organic compounds does not mean anything actually lived there.

Nasa and the European Space Agency plan to eventually collect Perseverance’s rock samples and return them to Earth.

Expected to blast off in 2028, a successful retrieval mission would see samples transported to Earth in 2033.

Nasa Jet Propulsion Laboratory director Laurie Leshin told a media presentation: ‘We can bring these rocks back to Earth, where we can query them in the most sophisticated laboratories that we have, so that we can get at answering some of the biggest questions that we as scientists can ask,’

Whatever secrets the rocks contain, ‘we will learn so much.’