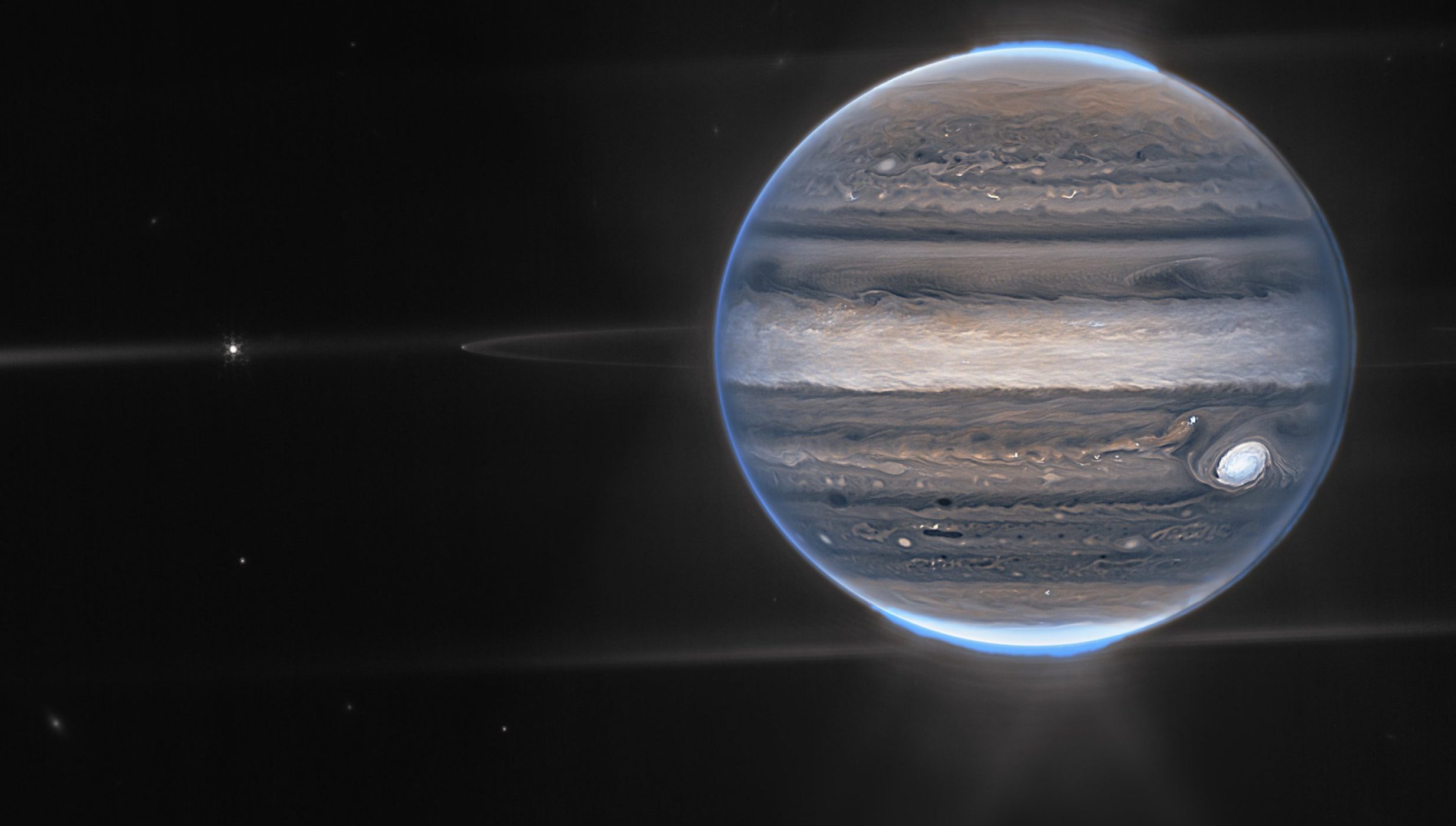 Another day, another incredible update from Nasa’s James Webb telescope and this time it’s a close-up of Jupiter like we’ve never seen before.

On Monday, Nasa released some stunning images of Jupiter, showing its rings, tiny moons and even another galaxy in the background.

‘We hadn’t really expected it to be this good, to be honest,’ said planetary astronomer Imke de Pater, who led the observations of Jupiter as part of Webb’s Early Release Science program.

‘It’s really remarkable that we can see details on Jupiter together with its rings, tiny satellites, and even galaxies in one image,’ she said.

Webb’s observations are expected to give scientists even more clues about Jupiter’s inner life.

The two images come from the the telescope’s Near-Infrared Camera (NIRCam), which has three specialised infrared filters that’s able to capture intricate details.

Since infrared light is invisible to the human eye, the light has been mapped onto the visible spectrum. Generally, the longest wavelengths appear redder and the shortest wavelengths are shown as more blue.

This view of Jupiter, created from a composite of several images from Webb, features auroras high above the northern and southern poles of the planet.

The auroras appear in a filter that is mapped to redder colours, which also highlights light reflected from lower clouds and upper hazes.

Jupiter’s Great Red Spot, a storm so big it could swallow Earth, appears white in these views, as do other clouds as they reflect a lot of sunlight.

In a wider view, Webb captures Jupiter with its faint rings and two of its 79 moons — Amalthea and Adrastea.

The fuzzy spots in the lower background are likely galaxies ‘photobombing’ this Jovian view.

Images from the Webb telescope isn’t as simple as clicking a camera button. Instead, the telescope sends back information about the brightness of the light as raw data. This is then processed and translated into images like the one we see.

While a team at STScI formally processes Webb images for official release, non-professional astronomers known as citizen scientists often dive into the public data archive to retrieve and process images, too.

These particular images were processed by Judy Schmidt, a longtime image processor in the citizen science community.

Schmidt was also behind the recent image named ‘Phantom Galaxy’ that showed an eerily glowing galaxy based on data collected from the James Webb telescope.

Nasa’s £8.4 billion James Webb Space Telescope has been in operation only since July and has already delivered some breathtaking pictures of the universe.