Nasa’s historic moon mission: How to watch the Artemis rocket launch on Monday 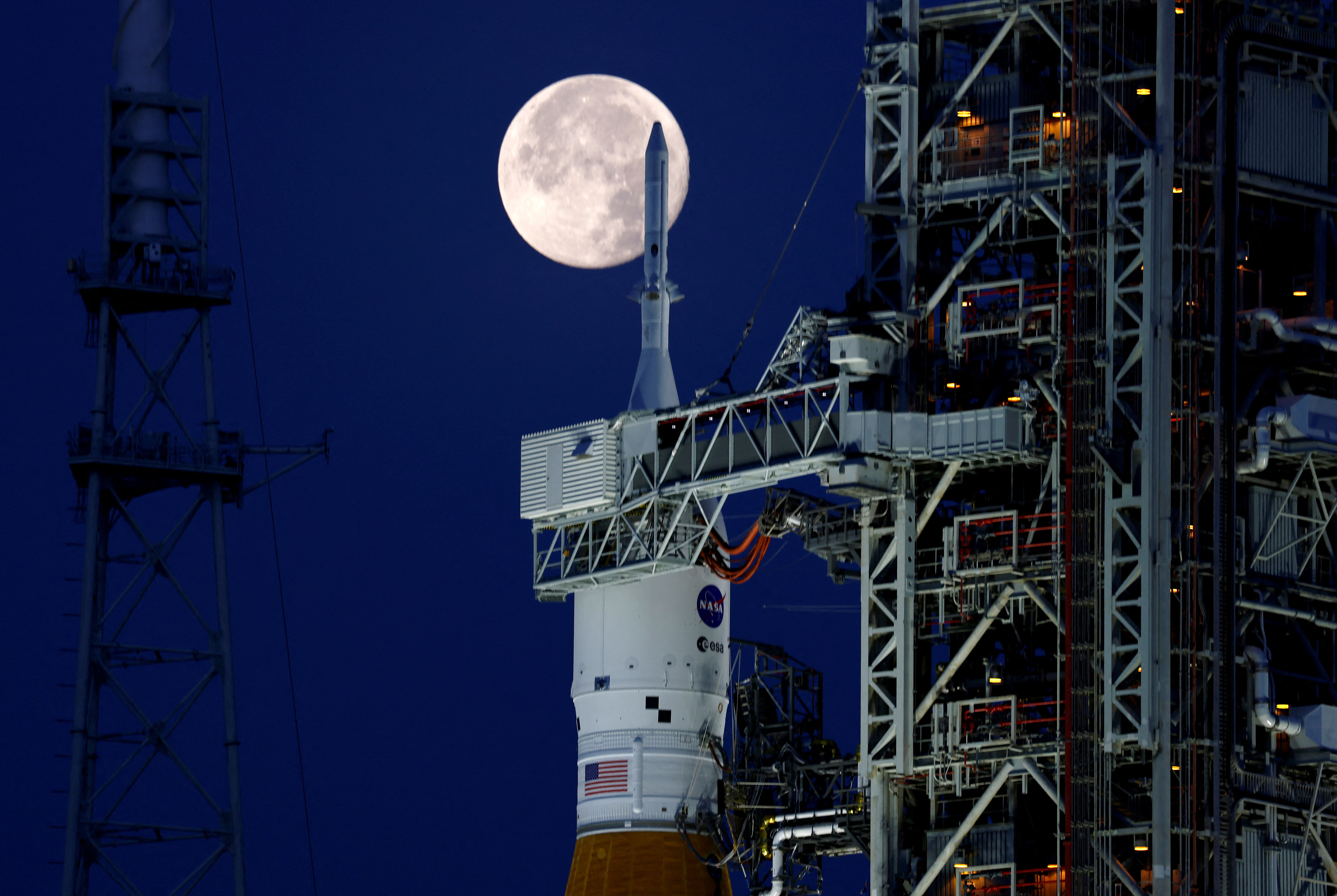 Next week is a big one for Nasa as it prepares to launch its new moon rocket from the Kennedy Space Centre in Florida.

Nasa’s Orion spacecraft is scheduled to blast off on a test flight around the Moon this Monday, August 29 as part of the Artemis I mission.

This uncrewed flight test will be the first in a series of increasingly complex missions to the Moon in order to pave the way for a long-term lunar presence and serve as a steppingstone to send astronauts to Mars.

Liftoff of the agency’s mega Moon rocket and integrated Orion spacecraft is targeted for 1.33 pm BST on Monday.

The launch broadcast will begin at 11.30 am BST on the agency’s website, as well as YouTube and other social media.

In case Nasa is unable to launch on Monday, two further launch opportunities are available on September 2 and September 5.

Nasa will attempt the more than month-long lunar test flight with three mannequins, but no astronauts. A ‘manikin’ called Commander Moonikin Campos suited in an Orion crew survival system spacesuit and two identical manikin torsos equipped with radiation detectors will be participating in the mission.

The Space Launch System (SLS) rocket and Orion spacecraft arrived at the launchpad after a nearly 10-hour journey from the Vehicle Assembly Building.

The SLS-Orion, which cost around £28 billion to develop, constitutes the backbone of the Nasa’s Artemis mission to put the first woman and the first person of colour on the moon.

The primary goals for Artemis I are to demonstrate Orion’s systems in a spaceflight environment and ensure a safe re-entry, descent, splashdown, and recovery prior to the first flight with crew on Artemis II.

The mission is expected to last 42 days with the rocket re-entering the Earth for a splashdown on October 10.

Originally intended to launch in 2017, the Artemis I flight has seen multiple delays due to fuel leaks and other technical trouble during Nasa’s repeated launch rehearsals at the pad.

At 322 feet, the rocket and Orion capsule are nearly as tall as The Shard in London.

If Orion’s trip to the Moon and back goes well, astronauts could climb aboard in 2023 for a lunar loop-around and eventually land on the Moon in 2025.

Astronauts last explored the Moon in 1972. The first of the 12 moonwalkers, Neil Armstrong and Buzz Aldrin, stepped onto the dusty grey surface on July 20, 1969, while Michael Collins orbited the moon.

The space agency admitted last year it wouldn’t be able to hit its target of putting humans back on the lunar surface by 2024.


MORE : Nasa plans to return to the Moon as early as August