NASA is working on a new, more fuel-efficient aircraft design with Boeing 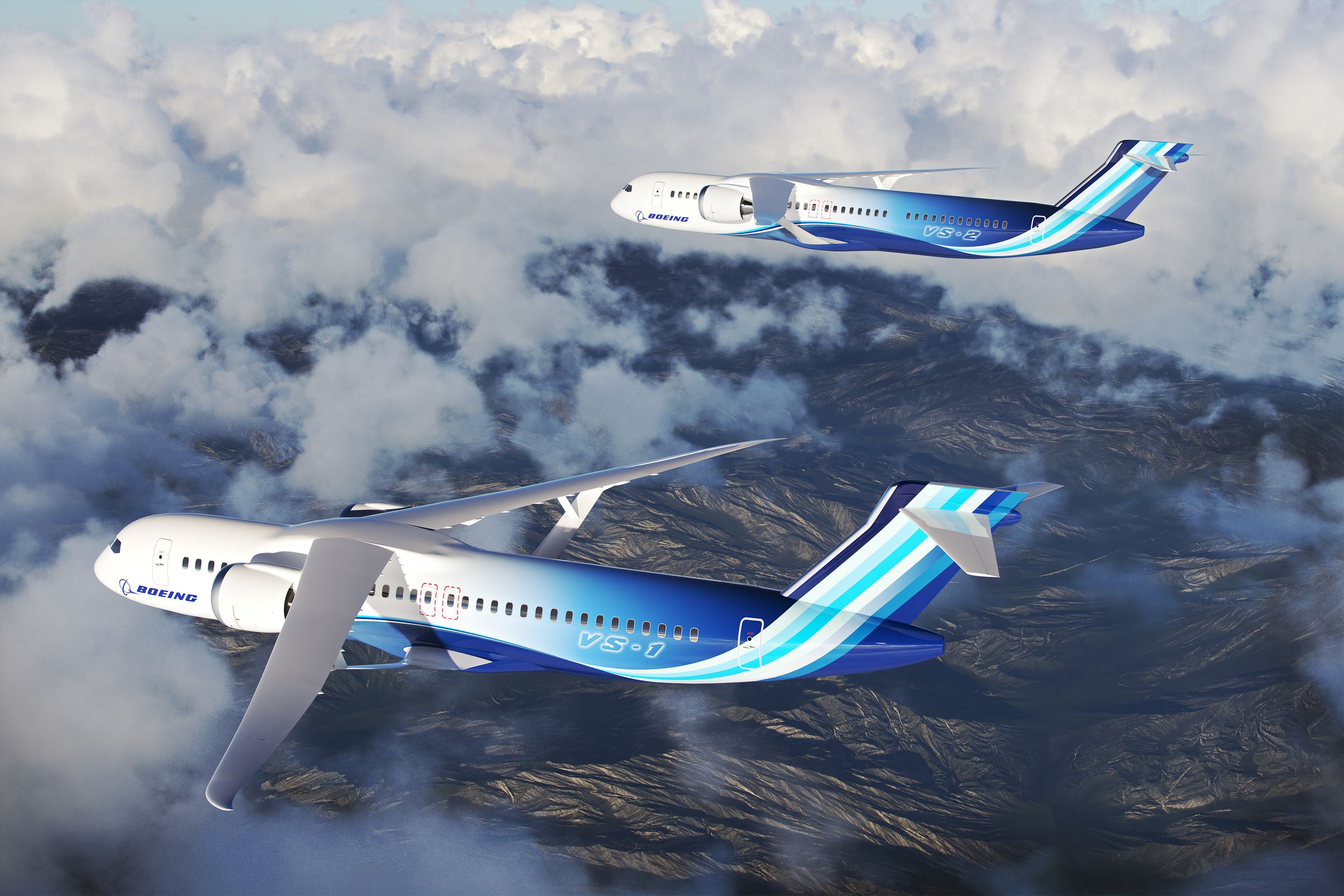 The space agency is working with Boeing on a new aircraft design that could help reduce emissions and minimize the impact of flying on climate change.

NASA today announced it will be working with Boeing on a new type of fuel-efficient single-aisle aircraft for commercial use, with the aim to cut fuel emissions and reduce the climate impact of flying.

“Most of you all think of NASA as a space agency and as an aviation agency. It’s also a climate agency,” said NASA administrator Bill Nelson in a press conference. NASA both monitors the Earth from space — using tools like satellites to monitor global weather conditions and water systems — and develops technologies to reduce carbon emissions.

But NASA also develops aircraft, such as its X-57 Maxwell electrical aircraft and its Super Guppy transport airplane. This includes developing aeronautical technologies that eventually make their way to the types of commercial airplanes most of us use today.

“When you fly in any kind of aircraft, you are surrounded by NASA technology,” Nelson said. Developments in airplane design like winglets, the small vertical extensions of wings, were created by NASA in the 1970s and are now ubiquitous on passenger aircraft.

The agency hopes its Sustainable Flight Demonstrator project can provide a similar kind of innovation in the form of a new wing structure called a transonic truss-braced wing. It will work with Boeing to design and build the new aircraft, which should be more fuel-efficient and could use up to 30 percent less fuel than current aircraft designs.

The concept is an airplane with both more efficient engines and wings that sit high on the airplane body and are longer and less wide, supported by a brace coming from the bottom of the body. That creates less drag, while both the wing and the brace provide lift.

“The aerodynamics of this kind of a configuration have actually been known for a long time,” said Bob Pearce, associate administrator for NASA’s Aeronautics Research Mission Directorate. “If you increase the aspect ratio of a wing, you naturally lower the induced drag of that airplane — the drag due to lift. We know that if we do this, you get better aerodynamics, you get less drag, you burn less fuel.”

The challenge, in this case, is creating the structure needed for this wing shape without adding too much weight to the aircraft. Boeing unveiled the first version of this concept in 2019, but it will take several years to integrate other technologies and to go from demonstration to practically usable.

The idea is that, unlike NASA’s quiet supersonic X-59 QueSST, which is also currently under development but will never carry passengers, this won’t only be an experimental aircraft. Instead, NASA wants to develop technology that can be put into use commercially. “This project aims to revolutionize the kind of aircraft that the public uses most frequently when they take to the skies,” Nelson said.