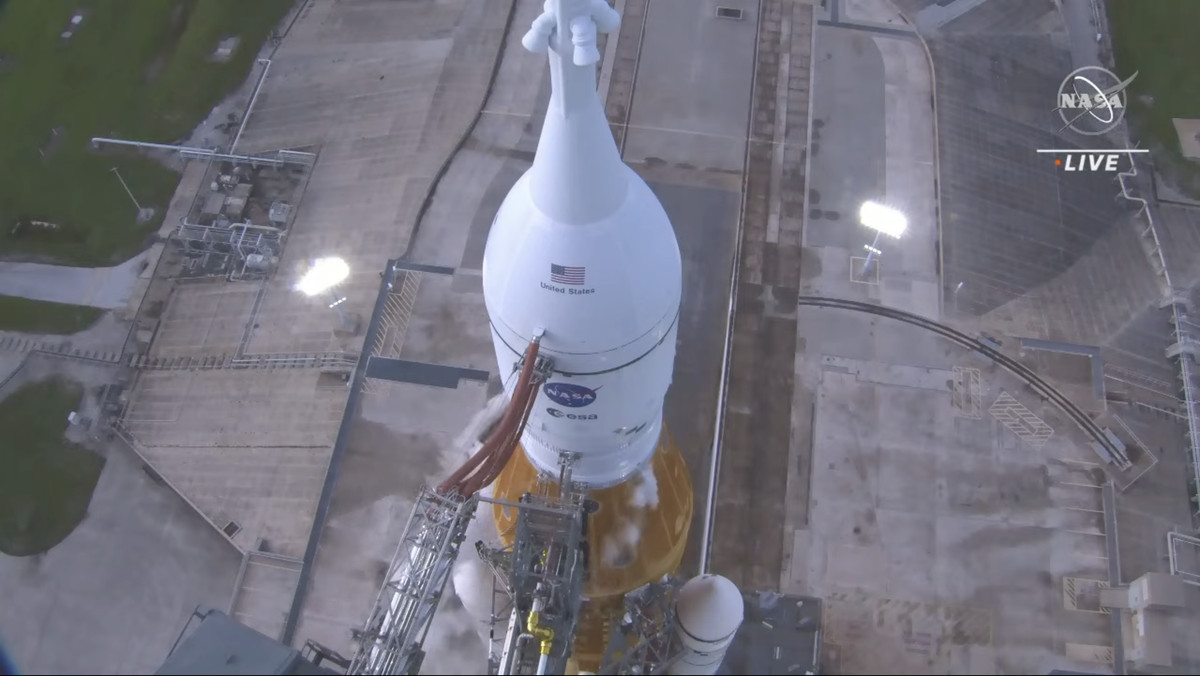 NASA delayed the launch of its colossal next-generation Space Launch System (SLS) rocket, as an engine bleed issue forced the agency to scrub its plans.

The launch director halted the Artemis I launch attempt at approximately 8:34AM ET. SLS is a key component of NASA’s Artemis program, which aims to send humans back to the Moon by 2025. The massive rocket will carry the Orion crew capsule, which aims to carry its first astronauts in 2024.

“Launch controllers were continuing to evaluate why a bleed test to get the RS-25 engines on the bottom of the core stage to the proper temperature range for liftoff was not successful, and ran out of time in the two-hour launch window,” the agency said in a blog post.

The SLS was set to take off at approximately 8:33AM ET but was scrubbed after NASA determined it could not successfully launch. NASA scientists determined that engine number three could not reach the appropriate temperature range to allow for a launch. The rocket remains in “stable, safe condition,” the agency said.

NASA first reported the engine issue at 6:33AM ET:

While liquid oxygen loading into the interim cryogenic propulsion stage continues and core stage tanks continue to be replenished with propellants, engineers are troubleshooting an issue conditioning one of the RS-25 engines (engine 3) on the bottom of the core stage. Launch controllers condition the engines by increasing pressure on the core stage tanks to bleed some of the cryogenic propellant to the engines to get them to the proper temperature range to start them. Engine 3 is not properly being conditioned through the bleed process, and engineers are troubleshooting.

The next attempt is scheduled for Friday, September 2nd, at approximately 12:48PM ET. If that launch is successful, the mission will last 39 days, with Orion splashing down in the ocean on October 11th. If it doesn’t launch then, a third launch window will open on Monday, September 5th.

NASA controllers are keeping the rocket in its current state as they continue to gather data about this issue. It’s unclear what that means for the rocket before the agency attempts the next launch.

If all three launch dates prove unsuccessful, NASA will face an undesirable situation. Teams must fully test the flight termination system, which is used to destroy the rocket if something goes catastrophically wrong during the launch, before launch, and that work can only be done inside the Vehicle Assembly Building (VAB) at NASA’s Kennedy Space Center.

Once the SLS is rolled out from the VAB, there is a 20-day time limit for the flight termination system before it has to be tested again. That means the rocket has to launch within 20 days of its rollout, or it must be returned to the VAB so that the flight termination system can get checked out again. That testing takes time, so if SLS is forced to come back to the VAB after rolling out in August, chances are it wouldn’t be ready to fly until late October.

When and if NASA is able to successfully launch, the next noteworthy flight is set for 2024, when the agency has said it will send a crew of astronauts around the Moon and back without landing. Then, in 2025, NASA plans to launch the first crewed Moon landings since the Apollo 17 mission in 1972. This landing will include the first woman to walk on the Moon.

One of the main goals of this flight is testing Orion’s heat shield, which will have to endure temperatures of 2,800 degrees Celsius as it enters Earth’s atmosphere.