N.B. ambulance offload delays projected to be 600 per cent higher than 2017 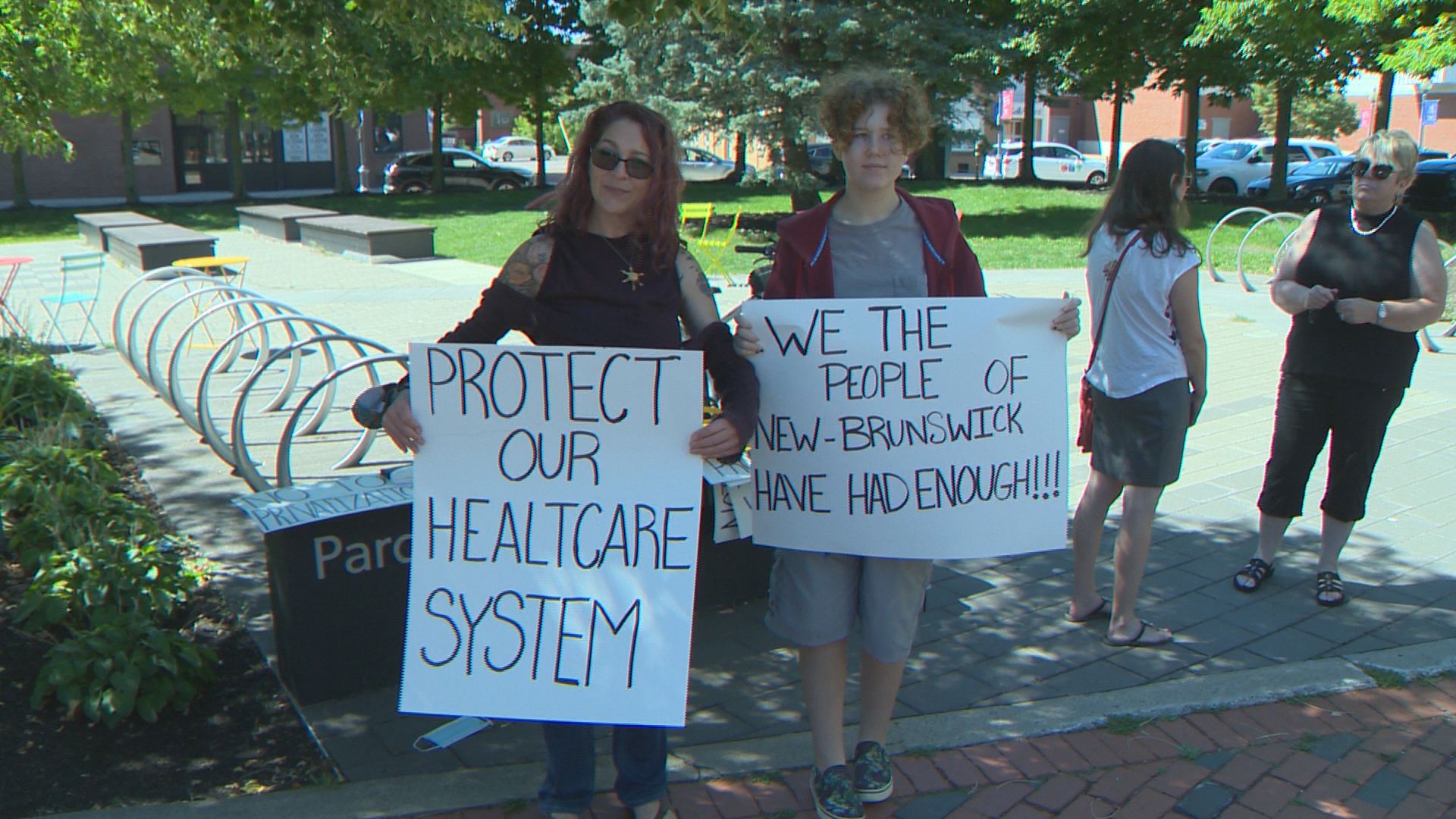 The time paramedics will spend waiting to offload patients at New Brunswick hospitals this year is projected to be six times what it was in 2017.

Jean-Pierre Savoie, the vice-president of Ambulance New Brunswick (ANB), says they are expecting that paramedics will spend 30,000 hours tied up in offload delays this year. That’s a 600 per cent increase from 2017-18, when offload delays cost about 5,000 hours, and nearly triple the 11,678 hours spent waiting in 2020-21.

“That’s probably got the biggest impact on our performance,” Savoie said during an appearance before the Standing Committee on Public Accounts Thursday morning.

When pressed by MLAs on what could be done to begin turning the tide on offload delays, the director of ambulance transport services for ANB said there’s not much the organization can do on its own.

“While not laying blame, it remains that a lot of the solutions lie with the regional health authorities. We’re a service to citizens in terms of bringing citizens to emergency rooms,” said John Estey.

“The unfortunate reality is that paramedics and, more importantly, patients get caught in those offload delays.”

In order to try and divert some patients from the ER, ambulances now use a “pre-alert system” that will help paramedics decide if a patient needs urgent attention or can be treated elsewhere.

Estey said issues throughout the health-care system cascade to cause the delays. Overburdened emergency departments caused by lack of staff and not enough access to primary care across the province, as well as a large number of alternate level of care patients tying up hospital beds, are factors keeping ambulances waiting at hospitals and not responding to New Brunswickers in need, he says.

And those delays are impacting ambulance response times, according to ANB.

Recruitment has also continued to be an issue. ANB is currently trying to recruit from an accredited school in Qatar as a way to get more ambulances on the road. EMTs are also being reintroduced, which will free up more paramedics, Savoie says.

“It will probably mean that more 911 units will be on the road, because we won’t need two paramedics on patient transfer units. We can use those paramedics and put them on the 911 unit,” he said.

But some expressed frustration that recruitment and staffing remain an issue.

ANB was also under fire for its incentive structure that allows it to exempt some extended response times from the average time, often allowing it to stay above the 90 per cent target and receive bonuses. Former auditor general Kim MacPherson highlighted the issue in a 2020 audit, which found that the structure did little to incentivize ANB to improve service, particularly in rural areas.

Liberal MLA Chuck Chiasson said it’s clear the rural areas, like his riding of Victoria-Lavallee, are not well served.

“In my case, I would not give Ambulance New Brunswick a pass. I think that they aren’t doing the job they are contracted to do, particularly in my area.”

But according to ANB officials, the incentive structure and the exemptions for response times are based on a 10-year contract with service provider Medavie, signed in 2017.

“The root of that issue is based in the contract,” Estey said.

“So a contract renegotiation would be a solution to that in terms of how exemptions should exist, how do they exist and that’s work that require undertaking.”

According to Estey, the Department of Health has yet to begin the process of renegotiating that contract.