More than 20 vehicles involved in major pileup on Highway 2 near Crossfield: RCMP 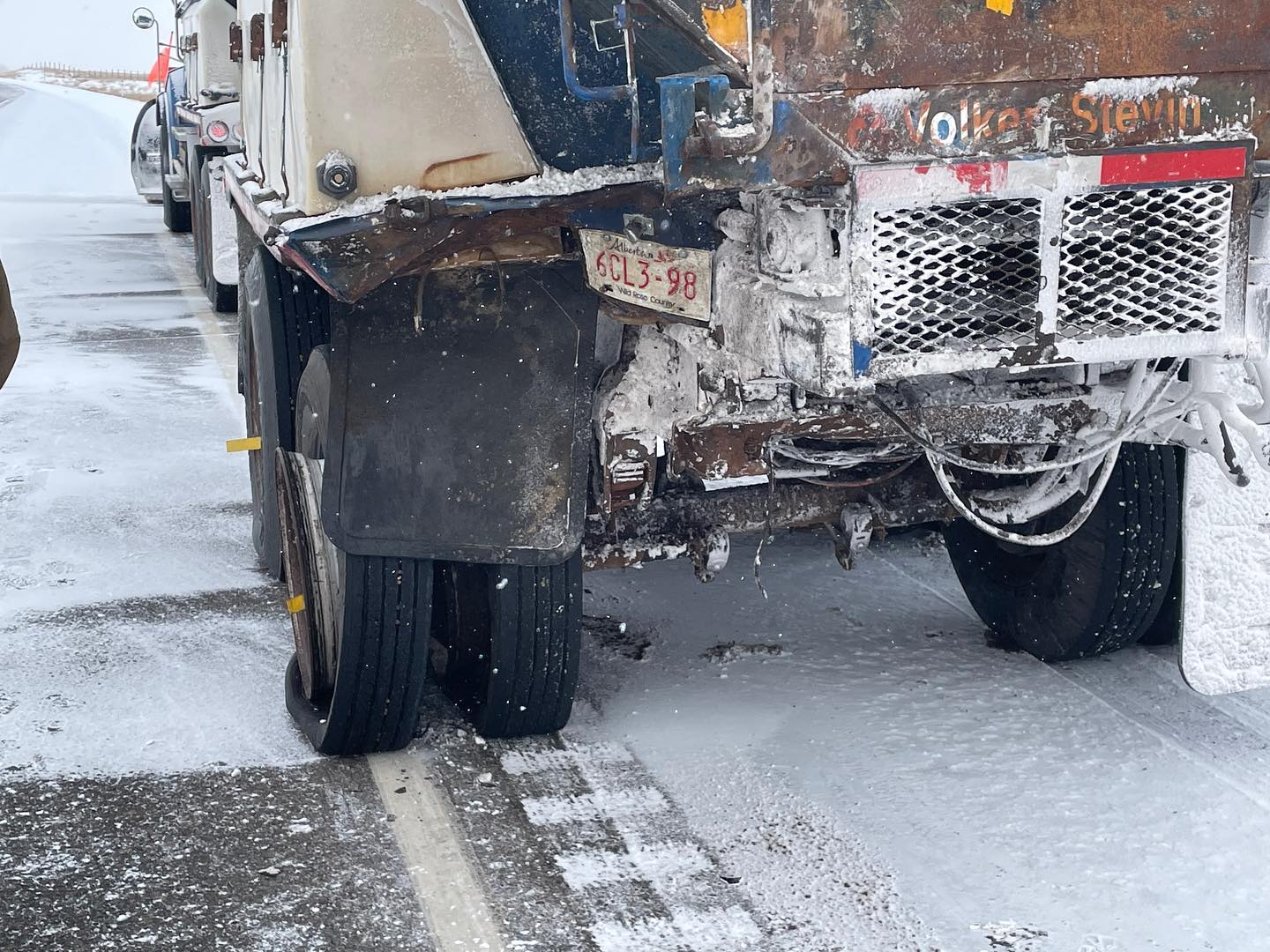 Mounties say a multi-vehicle collision Tuesday night has closed a stretch of the Queen Elizabeth II Highway north of Airdrie.

RCMP said around 10:35 p.m. police responded to a crash that had upwards of 20 vehicles involved. The crash took place on Highway 2, north of Veterans Boulevard at Highway 72 in Rocky View County.

Police said there were injuries, yet how many exactly remains unknown.

Vehicle fires were also reported to have happened as a result of the crash. It’s unclear how long it took area fire departments to douse the blaze.

The northbound lanes of Highway 2, starting at Veterans Boulevard, remain closed as of 5:30 a.m. and motorists are advised to expect delays throughout Wednesday morning. Traffic is being diverted north through Highway 567.

RCMP said travel along southbound Highway 2 remains open at a very slow pace; however, officers are diverting traffic near Highway 72 and Highway 806.

Due to “intense fog, icy road conditions and changing weather patterns that are dramatically impacting the ability for motorists to see,” Mounties are asking motorists to not travel in the area if they don’t have to.

“(This would) allow for first responders to attend to those who require assistance,” the news release said.

2 killed, others injured in 3-vehicle crash involving a semi on Highway 21 east of Edmonton

For the latest road conditions, police said to look at the 511 Alberta website.