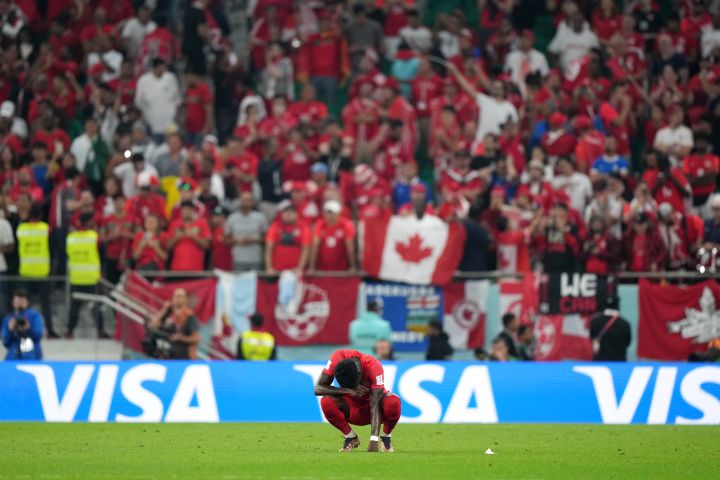 It’s not always easy for James Pantemis to live in the moment.

It’s his job to play soccer — but playing it on the biggest stage in the world, surrounded by the best players in the world is a moment that will stick with him for the rest of his life.

“When I look back on the whole thing, the word that comes to mind is special,” Pantemis said of his experience at the men’s World Cup in Qatar. “It was just a special experience for me, for my family to be there and for the country as well. We’ve been waiting for such a long time for this moment.”

Thirty-six years to be exact.

The last time Canada’s men’s team made it to the FIFA World Cup was in 1986, when the tournament was held in Mexico.

And so for the team to qualify for the World Cup this year was an accomplishment on its own.

Canada faced Belgium, Croatia and Morocco — a group that some have called “the Group of Death.”

The team couldn’t pull out a win, but Pantemis says it’s a step in the right direction.

“I think in the future with everybody getting older, getting in their prime, and even the younger kids watching us who want to come in and crack the lineup, I think there’s no better motivation to see what we were able to do,” he said.

“I think it’s only going to be up from here.”

Born and raised on the West Island, Pantemis played most of his career at the Lakeshore Soccer Club before joining CF Montreal’s academy in 2014.

In the summers, you can often find him in his hometown of Kirkland, at the fields where he grew up, watching games, congratulating players at tournaments and signing autographs.

“I was in those kids’ shoes,” he said. “For them to see someone who was exactly where they were at their age, I think it’s important.

“Just being there for them, whenever they have questions or want to talk, I just enjoy it.”

Many of those kids watch Pantemis regularly playing for CF Montreal.

The team just came off one of their best seasons ever, making it to the semifinals, where they lost to defending MLS Cup champion New York City FC.

Pantemis hopes to continue that momentum into next season.

“We’ve set the bar for us and our style of play,” said Pantemis. “We’re looking to build on that. Not only in terms of our style, but also the relationship we had with our fans last season. We saw that with all the sold-out crowds leading into the playoffs.

“I’m just hoping that continues onto the next season and we pick up where we left off.”

3:14
West Island soccer player on his new position with the Montreal Impact