Misinformation on Queen’s death can cause emotional, political shakeup: experts 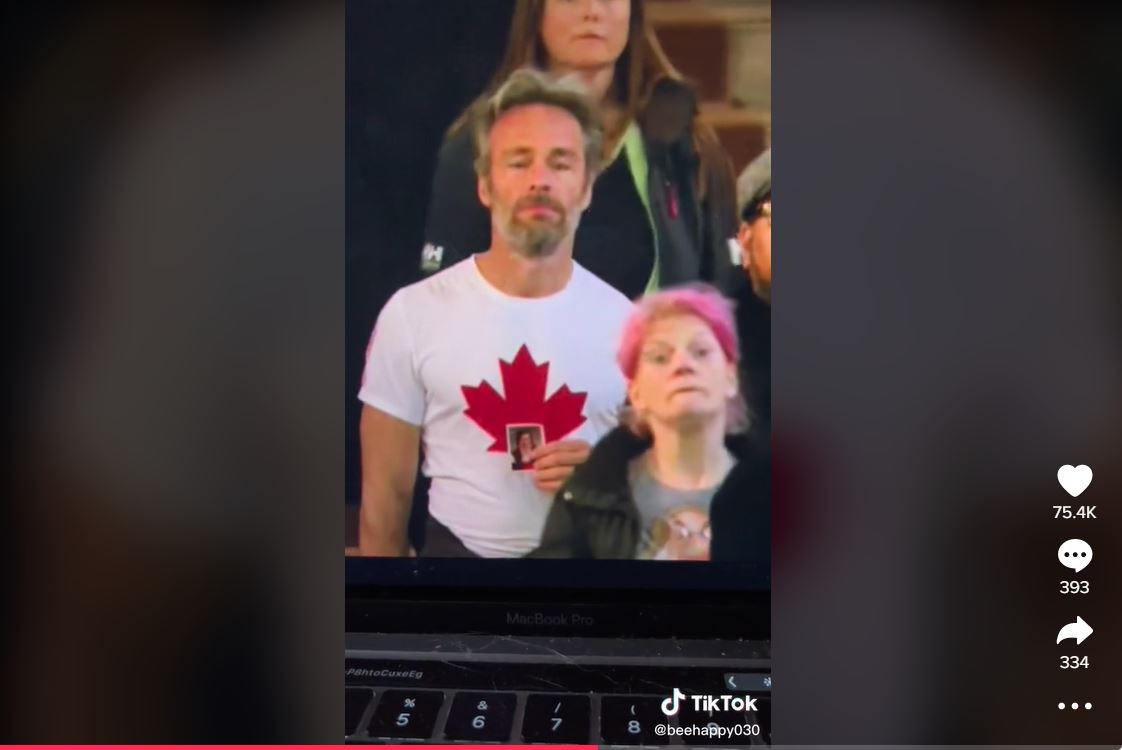 Misinformation never takes a break – and the subject of the latest conspiracies online isn’t a surprise to some.

No sooner had the death of Queen Elizabeth II announced than the monarch became the centre of false and misleading posts online.

From unfounded claims that the COVID-19 vaccine was the cause of death, to QAnon conspiracies alleging a murder plot, to TikTok videos suggesting Irish dancers took to Buckingham palace to celebrate the news.

The conspiracies don’t stop at the Queen. Everyone from Donald Trump to Meghan Markle has been roped in.

“Its not a surprise that this would be a target,” said Daniel Guenther, Manitoba co-chair of Monarchist League of Canada.

“But I think this topic, with her majesty’s passing, is an opportunity to reflect on how disrespectful it can also be. It doesn’t matter who would be passing away.”

Despite the online ruckus, Guenther says the “outpour of support” far outweighed the amount of misinformation.

He also feels many in the online sphere have learned to spot misinformation and question viral info and media without falling into a trap or share it.

That doesn’t mean the Queen’s devotees walk away unscathed, though.

In what was arguably one of the most visible shows of support during mourning period – admiration for the Monarch became evident with thousands of mourners lined up for miles in a 24-hour-long queue outside Westminster Hall to pay their respects.

“When you think about the Queen or the Royal Family, this is not just a celebrity or a group of celebrities,” Jim Houran, a research psychologist based in Dallas, Texas, told Global News.

“This is already an institutionalized form of national identity.”

He says Queen Elizabeth II embodied a family member for many of her subjects — a mother or grandmother figure.  It’s a connection many outside the British realm may not understand, he adds.

“This is someone that has been in their lives for 70 something years. She usually addressed the public during a time of national mourning, or a time of national celebration. So there is this feeling that ‘this person has been there during the times that have personally affected me.’ Its easy to see how someone feels as if they know — and have a relationship with — someone that actually,  they don’t really know.”

This connection means that false or unfounded claims about the Queen or the Royal Family may feel like a personal transgression, Houran said. It could even kickstart a “fight or flight” response.

“They’re like extended family members. So when someone offends the Queen, we feel offended ourselves, and we will rise up to defend that family member.”

“It can weigh on the psychology of a person. Their self-esteem might start taking a hit. It may make them question their own identity or sense of purpose, and that causes stress —  either depression or anxiety.”

For decades, the royals have been the centre of hundreds of conspiracies. Queen Elizabeth herself has been rumoured to have died multiple times.

Some of the most popular theories, like the monarchy allegedly having a hand in Princess Diana’s death, remain unfounded, but have resurfaced in the wake of the queen’s death.

But some say it’s no surprise the rumour mill churns at the royals. The family’s “secrecy“, some critics say, may translate to the public believing that they’re “always lied to.”

With the Queen’s alleged efforts to conceal her wealth from the public, and the monarchy’s failures to address pressing issues like the empire’s violent colonialism, such criticism doesn’t come as a surprise to a Western University researcher.

“As much as it’s a cornerstone of Canada’s legal and constitutional framework, it’s highly controversial and powerful,” said Samuel Routley, a PhD student in political science.

“The institution’s need to stay above the fray, maintain neutrality, and stay unblemished to maintain legitimacy means that they have an interest in hiding some things,” he told Global.

Routley notes this applies to every institution the size and power of the monarchy. But the lack of accountability in this case gives those looking to spread misinformation an upper hand.

Conspiracies and rumours can be weaponized, says Routley, by anti-monarchist movements.

“When you have any institution in that position, you’ll have a set of interests working to delegitimize it.”

Movements looking to do right by Indigenous people, or those looking to abolish the monarchy as a whole, have been even more vocal about their stance following the Queen’s death.

Several nations are already hinting at breaking free from the Commonwealth. Calls for Britain to release ‘stolen’ diamonds in the Queen’s crown and sceptre have grown.

Give the Kohinoor diamond back!

Many are revoicing concern that while the Queen’s death and her family’s grief ought to be respected, all the tributes and processions for her do not negate their feelings about what she represented — a colonial institution that many nations are still feeling the negative impacts of.

“100 per cent we need to be talking about this. We are allowed to question the monarchy. This is what democracy is all about,” said Guenther.

But the Monarchist League says the Queen couldn’t be vocal about the actions done in her name.

“I would never defend any of these decisions,” said Guenther.

“When there are atrocities or terrible things happening, she’s equally bound to not publicly disagree with those things,” he adds.

Queen Elizabeth II’s legacy: A look back at key moments during her historic reign

Guenther says its been widely rumoured that the Queen spoke her mind during private conversations with prime ministers, and that included being vocal on issues like apartheid in South Africa and Brexit.

He also says her views were often made public through subtle yet meaningful gestures.

He recounts the Monarch’s meeting with Prime Minister Justin Trudeau in March, where a vase of blue and yellow flowers sat on the table, a nod to Ukrainian solidarity amid Russia’s invasion.

Her efforts to connect with the public, and “modernize” the monarchy, embodied a desire to stand up against its actions, even if she couldn’t voice that herself, said Guenther.

Still, some argue the Queen and the royals had many opportunities to acknowledge Britain’s colonial actions, in ways far more direct than just “expressing sorrow” at slavery.

While realms like Jamaica and Antigua and Barbuda have already kickstarted the process to sever any ties to the monarchy, such a movement does not seem to be picking up steam in Canada.

A lot of the factors that upheld the monarchy in Canada when Elizabeth became queen “withered away,” said Routley, and now many Canadians just view the institution with apathy.

The “sheer cost” of breaking away, he adds, would also deter politicians from pursuing this. The federal government would need to approve it. A decision would then need to be made about who would replace the monarch as Head of State, which would open up controversies that surround King Charles III, and bring up similar, yet unrelated,  movements such as Quebec sovereignty.