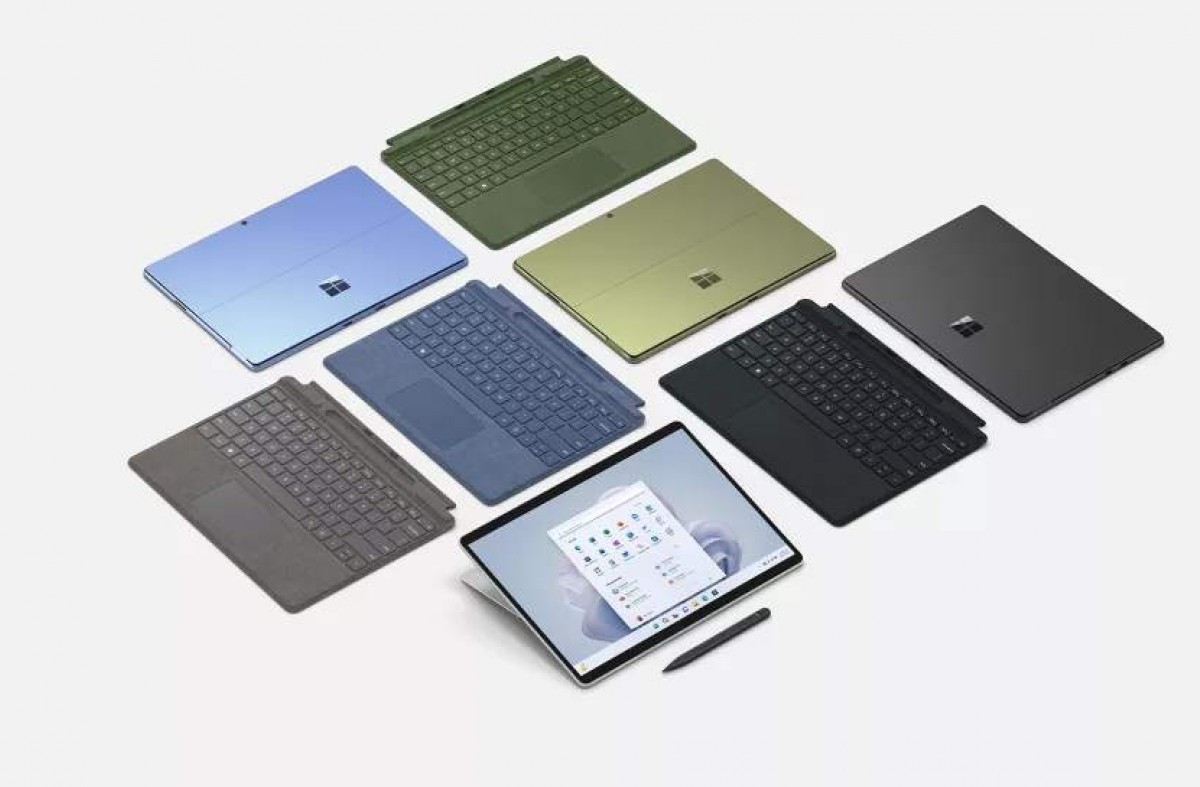 Microsoft held a livestream launch event on Wednesday where the company announced three new Microsoft Surface computers, along with some other updates to Windows 11, new AI platforms for creativity, and an Audio Dock that doubles as a USB-C hub.

The interesting offering here is the Surface Pro 9, which comes in both ARM and Intel variants. With this device, Microsoft is solidifying Windows 11’s ARM support, shaking away any doubts you might have about running applications on Windows 11 for ARM.

The Surface Studio 2 Plus is a refreshed version of the Studio 2 that launched back in 2018 with updated internals, more Thunderbolt 4 ports, and beefed-up graphics performance.

Meanwhile, the Surface Laptop 5 gets mostly internal updates, and like the Surface Pro 9, there are more colors to choose from including Platinum, Sage, Black, and Sandstone. The 13.5-inch model has an Alcantara keyboard finish.

The Surface Pro 9 sees the most significant upgrades this year. In addition to selling both ARM and Intel-based variants of the new Surface Pro model, It also gets new color options, with matching Type Cover keyboards as well. The ARM variant is powered by the Qualcomm SQ3 and it comes with support for 5G connectivity as well.

Both variants will support Bluetooth 5.1 and Wi-Fi 6E, but the Qualcomm version gets plenty more connectivity including GPS, GLONASS, Galileo, and Beidou positioning systems support, nanoSIM and eSIM support, Sub-6 GHz/mmWave 5G networks (mmWave is US only), as well as support for LTE.

There’s a 13-inch PixeSense Flow Display (2880 x 1920 px; 3:2 aspect) with support for 120Hz refresh rate, compatible with the Surface Slim Pen 2. There’s a place for the Pen to stow away (and recharge) right between the Surface machine where it meets with a Type Cover.

The Intel model uses LPDDR5 RAM: either 8GB, 16GB, or 32GB. The 5G variant comes with tiehr 8GB or 16GB of LPDDR4X RAM. While this model can be configured with up to 512GB of storage, the Intel model gets up to 1TB. 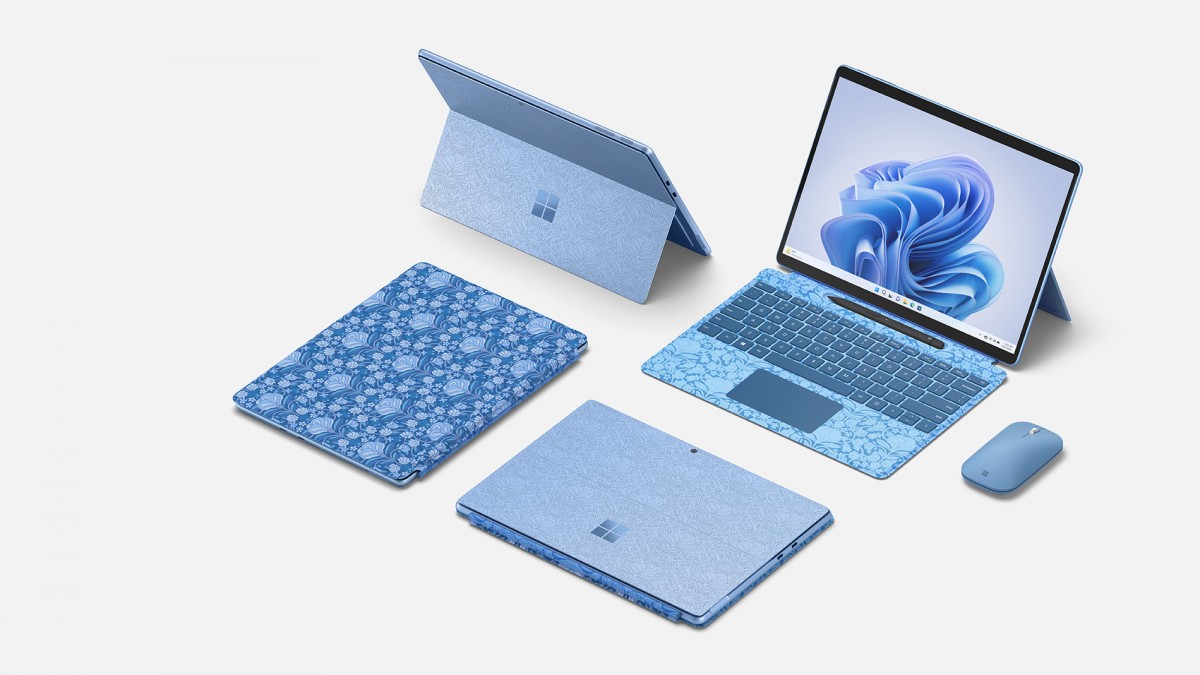 The last time Microsoft announced a Surface Studio was in 2018 with the Studio 2. A new refreshed model arrives – with mostly the same look externally. Most of the upgrades come from internal hardware. 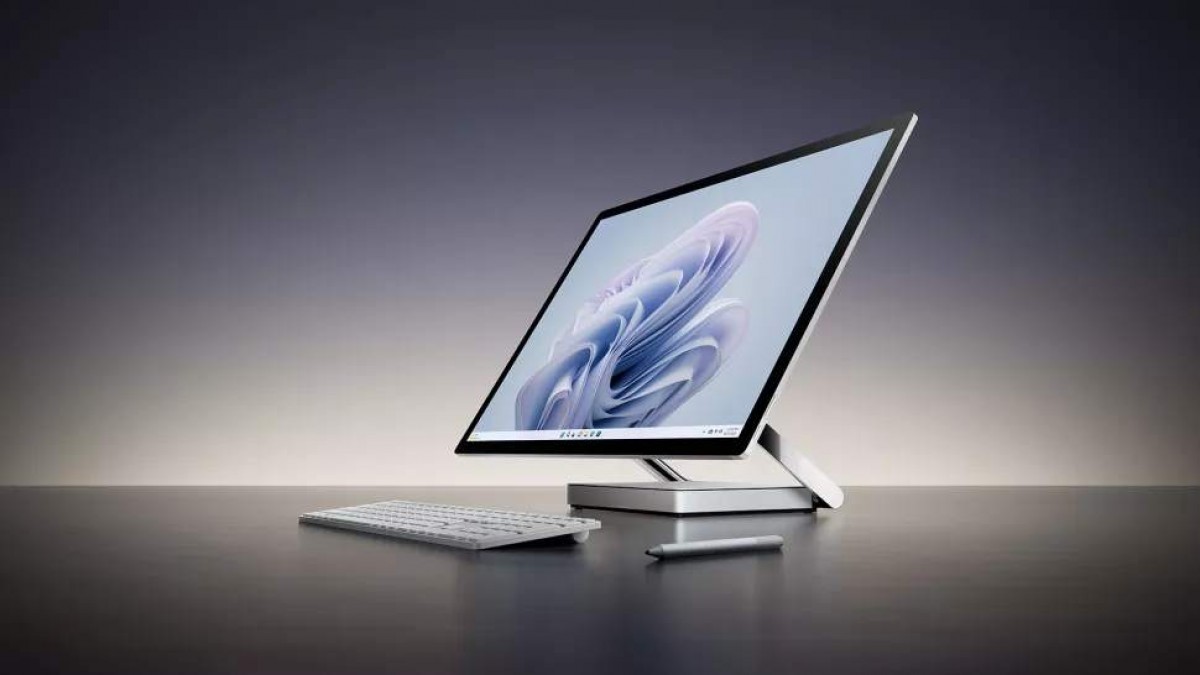 There’s a capable 11th Gen Intel i7-11370H processor, and the mobile version of the Nvidia GeForce RTX 3060 with 6GB of dedicated video memory, There are 32GB of DDR4 RAM and 1TB of storage built in.

The 28-inch Pixel Sense display supports both sRGB and DCI-P3 color spaces, and it features an aspect ratio of 3:2 with a resolution of 4500 x 3000 px. There’s also support for Dolby Vision and Dolby Atmos. 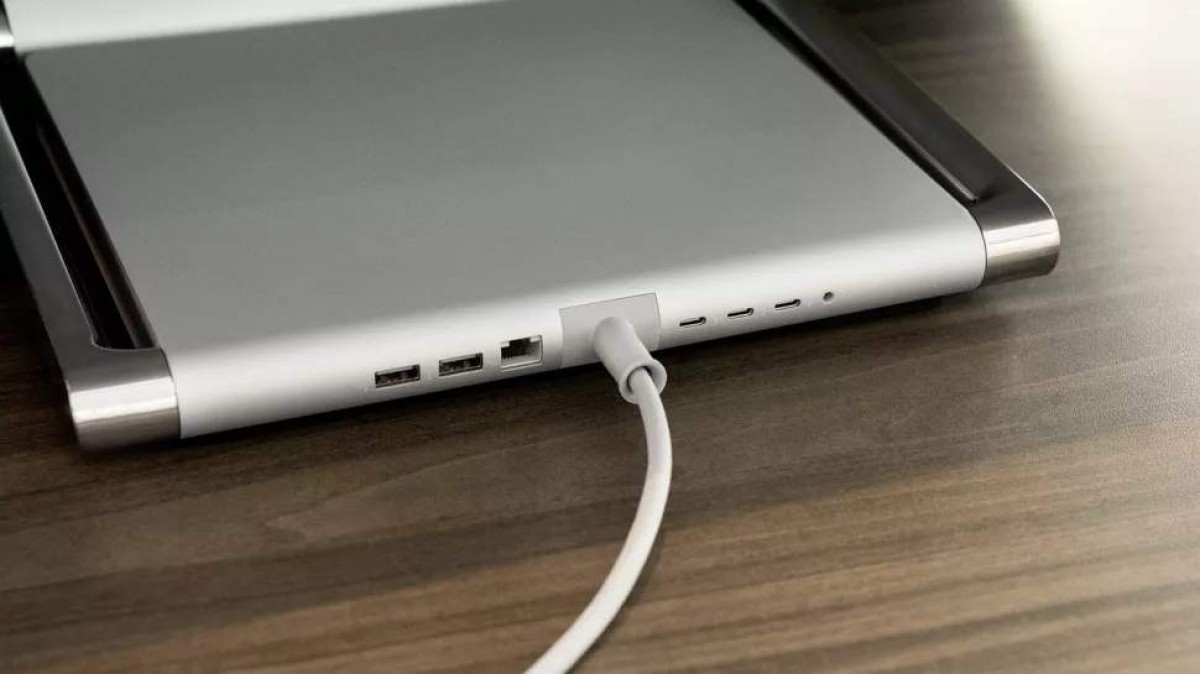 The Surface Laptop 5 gets a modest refresh with updated processors. The 13.5-inch model comes with either Intel Core i5-1235U or the Intel Core i7-1255U processors. Meanwhile, the 15-inch version only comes in a Core i7-1255U configuration. All models come with 8GB, 16GB or 32GB of LPDDR5x RAM, and up to 1TB of storage.

The 13.5-inch version is rated for up to 18 hours of “typical device usage” while the 15-incher is rated for 17 hours of the same. Both displays are in 3:2 aspect ratio and are protected by Gorilla Glass 5 (Gorilla Glass 3 if you opt for the Alcantara version of the laptop). 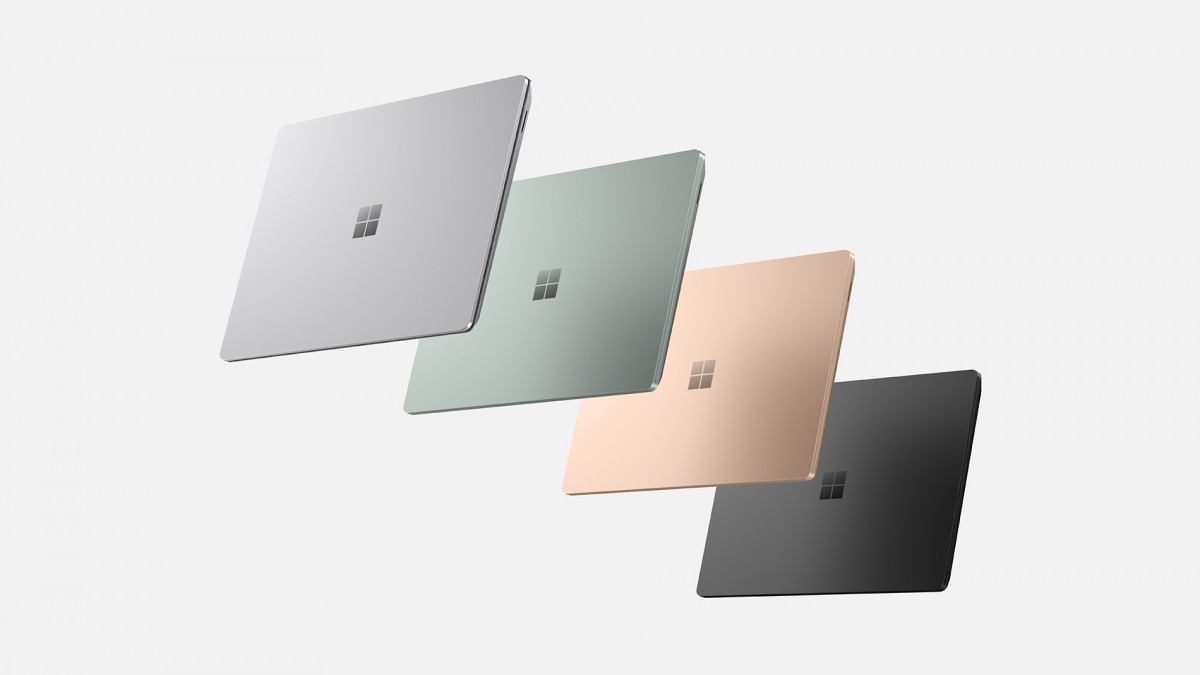 The Surface Laptops are fitted with one USB-C Thunderbolt 4 port, one USB-A port, one Surface Connect port, and a 3.5mm headphone jack. 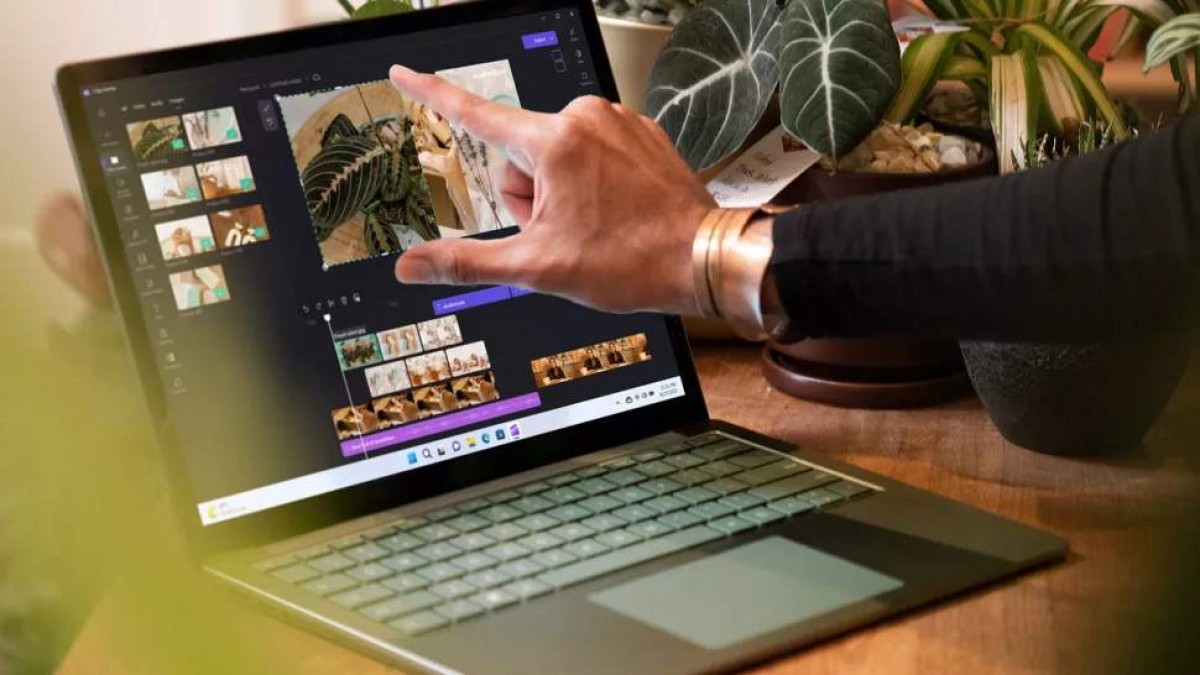 The Surface Pro Laptop 5 starts at $999 for the 13.5-inch variant, though only in the Platinum color option. The base model gets 8GB RAM and 256GB storage. Meanwhile, the 15-inch Surface Laptop 5 starts at $1299 with the same amount of RAM and storage.

The Microsoft Audio Dock is a speaker system that doubles as a USB-C hub for any laptop. There’s a 20W speaker and a 5W subwoofer. It has powerful omnidirectional microphones so you can take meetings, and there are two huge buttons on top of the unit. One is a dedicated button that launches Microsoft Teams, and the other is a microphone toggle. Even if you don’t use Windows or Teams, the Audio Dock will support MacOS as well and it works with other conferencing apps. The Audio Dock also has an HDMI-out for external monitor support, two USB-C ports, and one USB-A port. There are also dedicated volume and playback controls on top. The Audio Dock will retail for $250 and like all other Surface hardware, will go on sale on October 25.