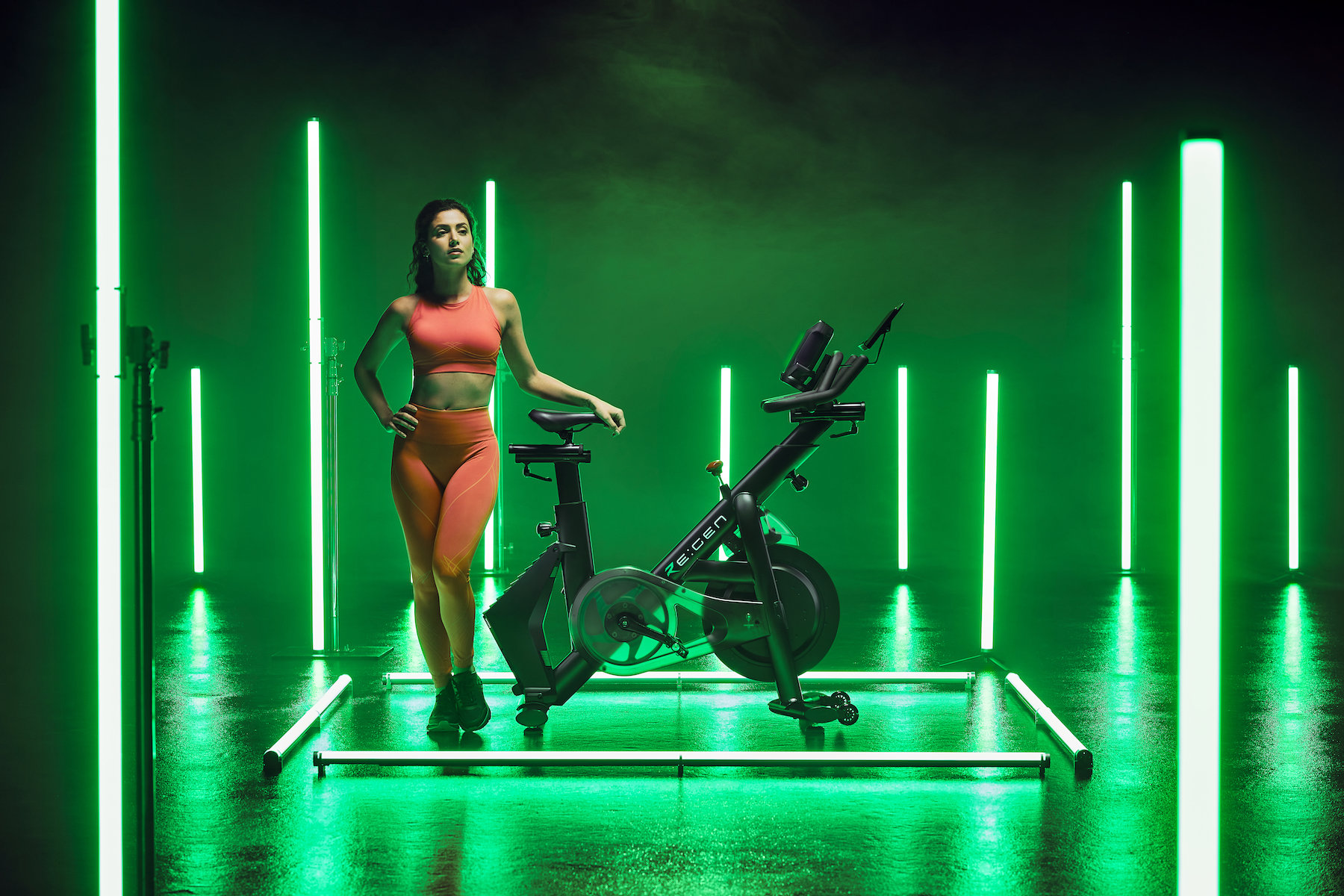 On New Year’s Eve 2017, Will Flint saw a woman being attacked in the street. Flint raced over to help and was stabbed 12 times by her assailant.

The woman escaped, but Flint was left “fighting for his life” and underwent four hours of surgery.

“It’s not the best way to start a year. But those kind of moments, they teach you a lot. It realigned my focus. I kind of did a big reflection piece,” Flint told UKTN.

This introspection saw Flint hit the gym and travel to places such as Australia, Bali and Vietnam. It was during this trip that Flint witnessed the destruction of the Great Barrier Reef first-hand.

Seeing this ecological disaster left a lasting impression on Flint and provided the inspiration for Energym, a Birmingham-based startup that has created an indoor fitness bike that converts human power into electricity.

“The concept of what we’re doing is to try and unlock a new source of clean power generation, which is currently just going to waste and that is within human power in gyms,” says Flint.

Flint drew up the concept designs on the back of a napkin on a flight back to the UK. After collaborating with local universities, establishing a team of engineers and pushing for IP, Energym was born.

Energym’s first product is the RE:GEN, an exercise bike that can generate power that is then stored in a removable battery back.

The concept of energy-generating exercise bikes isn’t new. But Energym says its strength lies in having banks of bikes spread across multiple locations.

During an average workout one bike can create enough energy to charge an iPhone 12 times, Energym says. Compared to the energy needs of the UK, it is insignificant. But if the one million members of the UK’s 7,000 plus gyms were to all use Energym bikes – well, that starts to add up.

By partnering with gyms, as well as selling to offices, homes and commercial environments, Energym is hoping to turn human power into an additional source of clean energy.

In the early days, Energym was bootstrapped from Flint’s savings before going on to receive grant support, Innovate UK backing and angel investment.

Flint, drawing on his previous experience as an energy reduction analyst, sees the potential of commercial premises harnessing human energy to reduce their electricity bills.

It’s an approach that could gain traction at a time of soaring energy prices for businesses and consumers. Even before the rise in energy prices the startup has been grabbing attention: last year Energym took home Birmingham Tech Week’s startup of the year award.

Scattered around Energym’s Birmingham office are various prototypes of the startup’s products and the electronic components that they consist of. In the next room lies a studio and mockup of a potential Energym bike studio.

Pointing to a studio behind him, Flint says the energy generated from a 30-bike one-hour class could power a home for one day.

On a RE:GEN bike people can earn Sweatcoins, a reward system (not a cryptocurrency) that incentivises activity with a currency that can be spent on products or services like a discounted gym membership.

“The gym is therapy, it bookends your day. It allows you to just vent any stresses or frustrations of anything going on in your life at that particular moment,” says Flint.

Flint says that being based in Birmingham – located in the fastest-growing tech region in the UK – has helped fuel Energym’s growth.

One advantage of its location is a partnership it entered with fellow Birmingham-based fitness clothing and accessory ecommerce company Gymshark.

The relationship between the two companies began when it was accepted onto Gymshark’s accelerator, where the startup received help with the testing of prototypes and facilities.

Flint says that Energym is currently working on new products and features, without giving much away. But the primary mission of the company is to help gyms to embrace clean energy.

“They [gyms] do struggle to go green, they can’t install solar panels because they don’t own the building they reside in. Same thing with the energy provider, they can’t switch to a renewable energy provider but they can control the equipment that resides within their facility,” says Flint.

The startup is also looking to build its own gyms, with a project underway in Berlin and further plans for sites in London and Birmingham.

Energym employs approximately 20 staff and is working towards a Series A to power its growth internationally.