Matt Hancock is joining the metaverse and this is his avatar 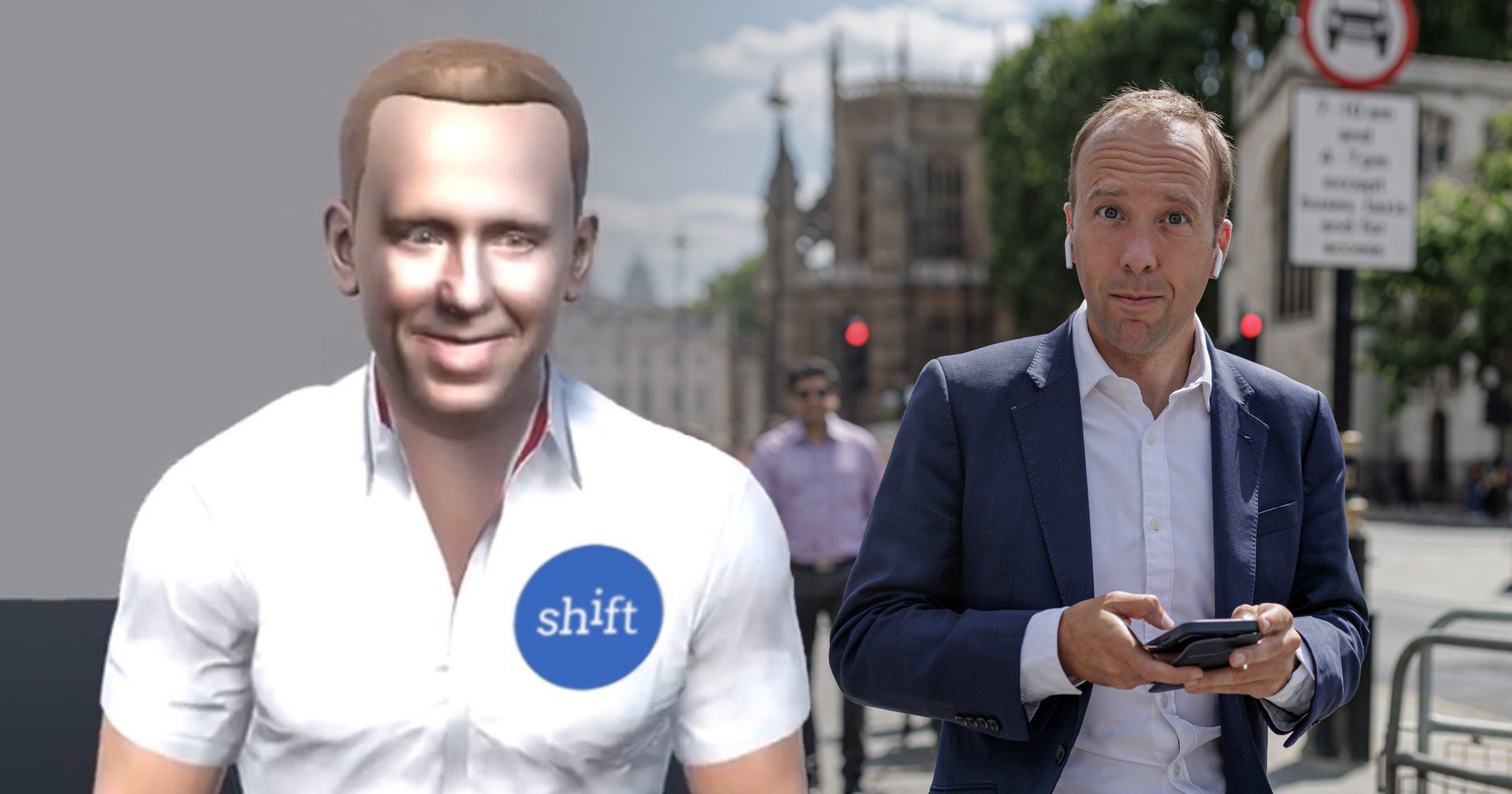 Matt Hancock has become the first MP to join the metaverse and the reactions are already pouring in.

An image allegedly showing the ex-Health Secretary’s avatar has been circulated on Twitter with users likening him to Judge Rinder or Justin Timberlake.

‘That is a very generous hair line,’ one commented.

According to Alex Wickham, a Bloomberg reporter who posted the image, Mr Hancock ‘becomes the first MP to have a personalised avatar’.

‘He believes that the Metaverse should be open and free’.

The metaverse is tipped to be the next iteration of the internet. It’ll be a 3D space where people can work, socialise and play together through their avatars.

In Mr. Hancock’s case, he could seemingly make his way through virtual cyberspace with a thick head of hair and trim waist beneath a white button-down shirt with a red collar trim.

Not everyone is convinced this is real, however.

The Facebook boss was celebrating the launch of Horizon Worlds (a metaverse app) in France and Spain and got widely mocked for his ‘basic’ avatar picture.

‘Major updates to Horizon and avatar graphics coming soon. I’ll share more at Connect,’ the billionaire wrote in an Instagram caption alongside a much more lifelike avatar a few days later.

‘Also, I know the photo I posted earlier this week was pretty basic – it was taken very quickly to celebrate a launch. The graphics in Horizon are capable of much more – even on headsets – and Horizon is improving very quickly.’


MORE : Mark Zuckerberg wants one billion people to use the metaverse