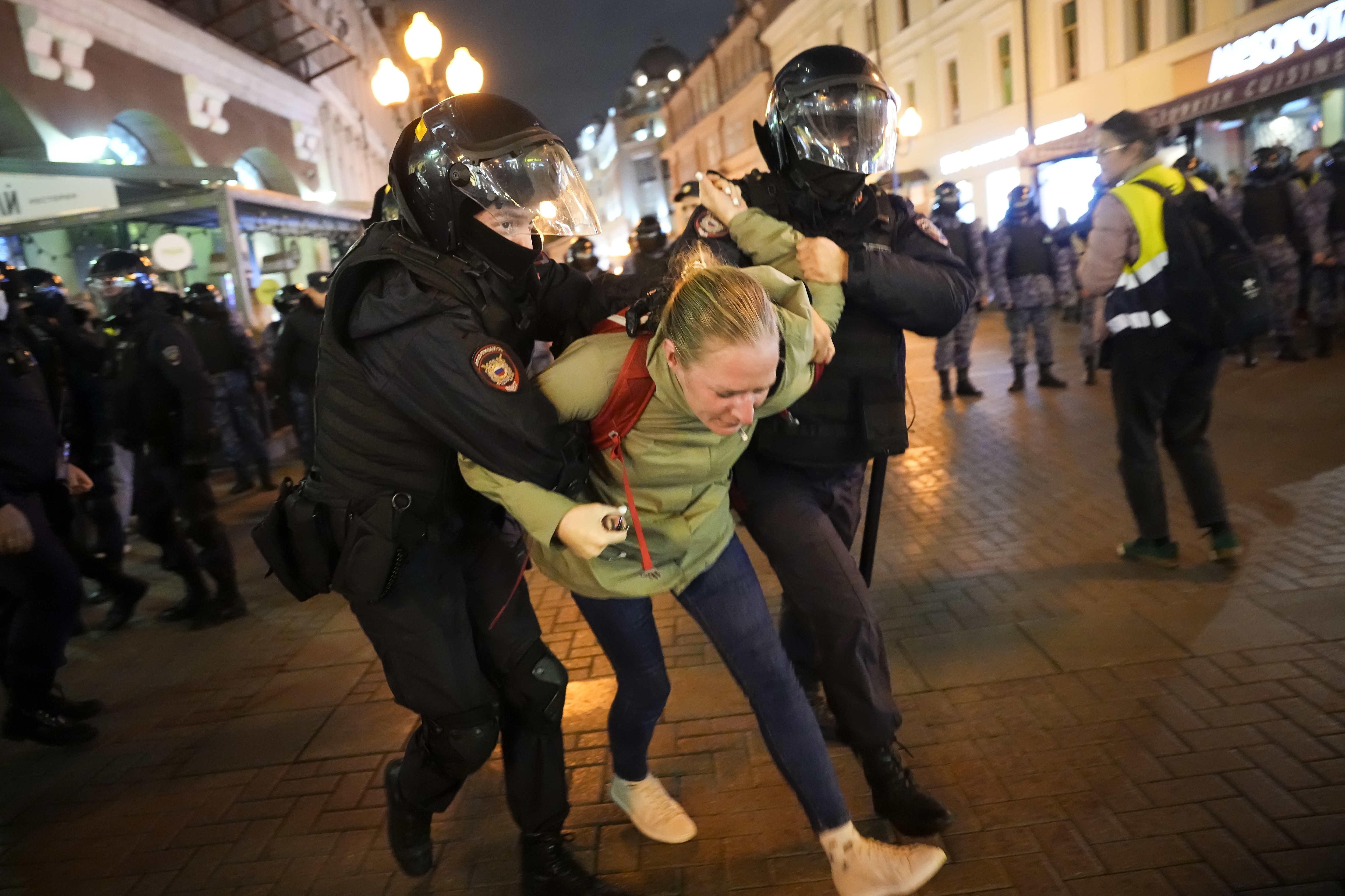 A gunman shot a Russian enlistment officer at a recruitment centre in Siberia on Monday as rising discontent over President Vladimir Putin’s plan to call up hundreds of thousands of civilians to fight in the Ukraine war sparked anti-conscription protests across the country.

The shooting occurred in the town of Ust-Ilimsk in Russia’s far east and was confirmed by the local governor Igor Kobzev in a Telegram post. Kobzev identified the injured officer as Alexander Vladimirovich Eliseev, writing that he is “in intensive care, in critical condition. The doctors are fighting for his life.”

A gruesome video of the shooting taken from within the recruitment office shows a man walking up to another man and shooting him once at point-blank range, sending people scattering from the building.

Kobzev said that the gunman was taken into custody immediately and will “definitely be punished.”

The Moscow Times identified the shooter as Ruslan Zinin, 25, a resident of the rural town.

The suspect’s mother, Marina Zinina, told Astra, an independent Russian news website, that her son was “very upset” because his best friend recently received a draft summons despite him having no prior military experience.

Defence Minister Sergei Shoigu said last week that only experienced reservists would be called up during Russia’s first conscription since the Second World War — but Russian authorities themselves have acknowledged that many men not meeting that criteria have been mistakenly conscripted.

“Ruslan was very upset because of this, because his friend did not serve in the army,” Zinina was quoted as saying. “They said that there would be partial mobilization, but it turns out that they are taking everyone.”

Kremlin spokesperson Dmitri Peskov confirmed that there have been mistakes in the conscription process, a rare admission, as numerous reports flooded in that people who were unfit for service were being called to fight.

“There are cases when the decree is violated — in some regions governors are actively working to correct the situation,” Peskov said according to the New York Times. “These cases of noncompliance with the required criteria are being eliminated, and we hope that the rate of elimination will increase, and all errors will be corrected.”

Protests against the draft took place over the weekend in the regions of Dagestan and Yakutia, both of which have supplied disproportionate numbers of soldiers for the war.

4:53
Russia hints at nuclear action as the war in Ukraine intensifies


Rights group OVD-Info said that at least 101 people were detained on Sunday in Dagestan’s capital Makhachkala, in a rare example of mass dissent in the usually tightly controlled North Caucasian region.

Critics have accused Russian authorities of focusing conscription efforts in more rural parts of the country like Siberia and the North Caucasus to avoid prompting public backlash in major urban centres like Moscow, according to France 24.

Since last Wednesday, when the mobilization plan was announced, at least 2,000 anti-war protesters across the country have been arrested, OVD-Info estimated.

Since the beginning of the war, at least 54 recruitment centres and military registration buildings have been set on fire, according to independent Russian news outlet Mediazona. Seventeen of those arson attacks have occurred since Wednesday’s call-up.

Also on Monday, local media reported that a man attempted to set himself on fire at a bus station in the city of Ryazan, about 185 kilometres southeast of Moscow, shouting that he did not want to fight in Ukraine. He was taken away in an ambulance.

This is “only the fifth day” of conscription, Mykhailo Podolyak, adviser to the Ukrainian president said of the latest events in Russia. “Before the coffins begin to return.”