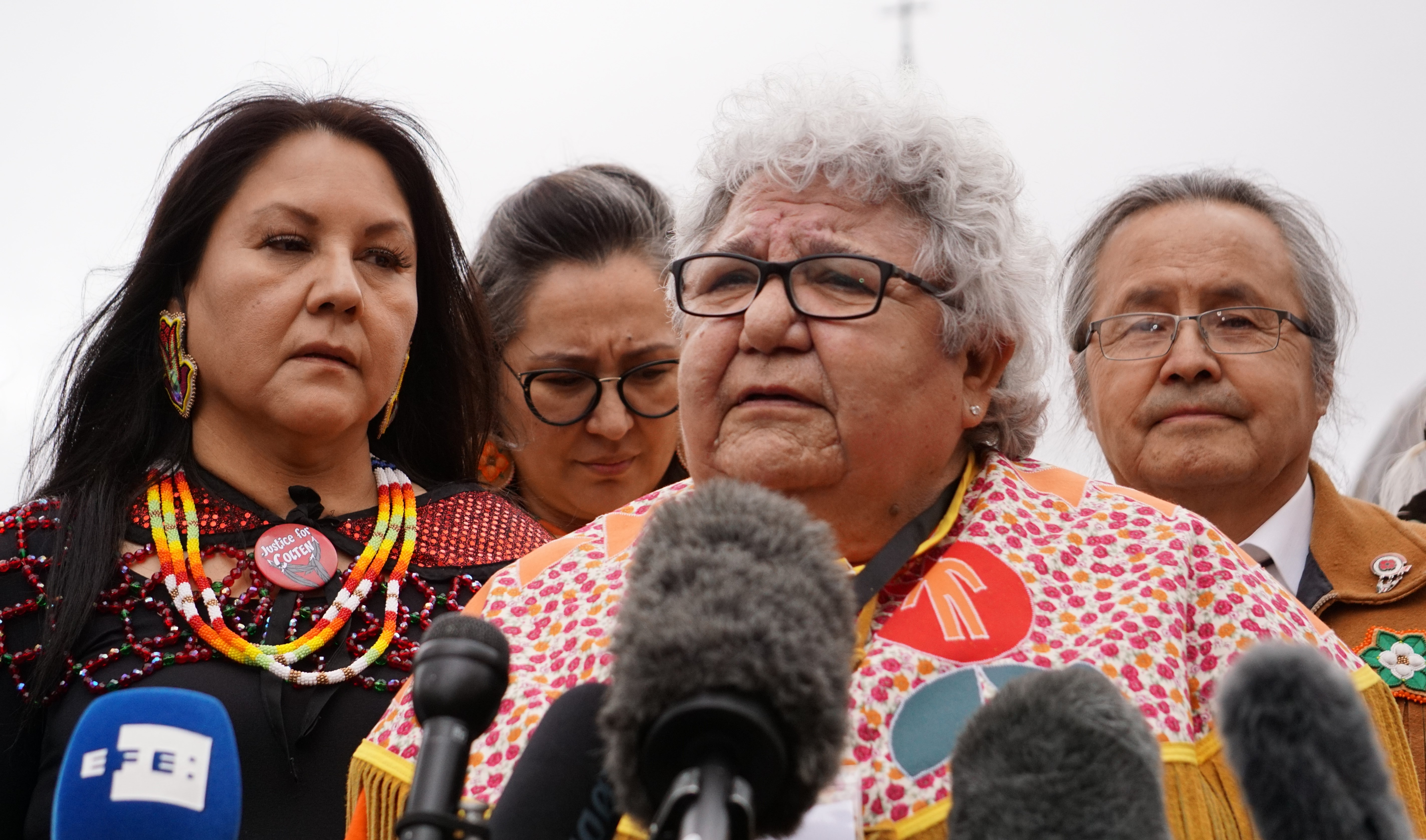 It was a year of reconciliation in 2022. Global News’ Jeanelle Mandes spoke with retired chief from Okanese First Nation Marie-Anne Day Walker-Pelletier.

Day Walker-Pelletier was given the Order of Canada in 2018. She was acknowledged on Canada Post stamps and recently, she was the Saskatchewan representative for residential school survivors who travelled to Rome last year.

Q: It was a busy year with reconciliation at the forefront of your work. I want to start with the visit from the pope, which resulted in an apology to residential school survivors on Canadian soil. As you reflect on that moment and your involvement in that event, what stands out for you?

A: First of all, the visit to Rome to see the pope was an overwhelming, overwhelming process for me. Because the process that I was engaged in, I was carrying the survivors their pain and suffering and their abuse…it still bothers me because the reflection of the children is unanswered. We will never know.

As a survivor myself, representing Saskatchewan. Again. That is overwhelming. It was not just about me. It was about the survivors. Many survivors are grandparents, or mothers, aunts, sisters. And then the children, of course, so that we’re not the overwhelming whelming process and reliving the residential school era, which was silent for me for many years.

Q: So, what do you think that the pope apology has done for residential school survivors in this country? Is it still resonating all these months later? Do you think the people have accepted the apology? What are your thoughts?

A: Well, my thoughts on the residential school and the apology and the apology was in the Vatican. And I was very taken back on that day that I never believed that we would get that apology there. But I think that the impacts that the residential school survivors, the presentations really impacted his decision on how to react, how to answer us, how to give us that reassurance that as a as a church, they’re willing to set aside and move forward and bring that apology. But the apology not everyone is in agreement … having the apology is going to do nothing for them because they still need to work towards that path of accepting the apology. So, in time, they will, but not at this moment.

Q: What are the next steps in reconciliation?

A: So, reconciliation is an ongoing thing. And I, I really believe that it just it began many years ago. You know, it’s just that to me, it’s just a terminology that’s being used and the government needs to take action. I really believe that there is hope and, but hope comes with action. You know, without action, there is no hope. And the government needs to really strengthen that whole process by initiating and taking action on the calls for action.

So, I think there’s a lot of work to be done, but I think I give a lot of credit to our First Nations, you know, taking lead role in different areas. And they need to be commended for that. And we have a lot of healthy people out there, and we need to ensure that they’re the ones that are going to take the actions and bring that hope, you know, for our future.