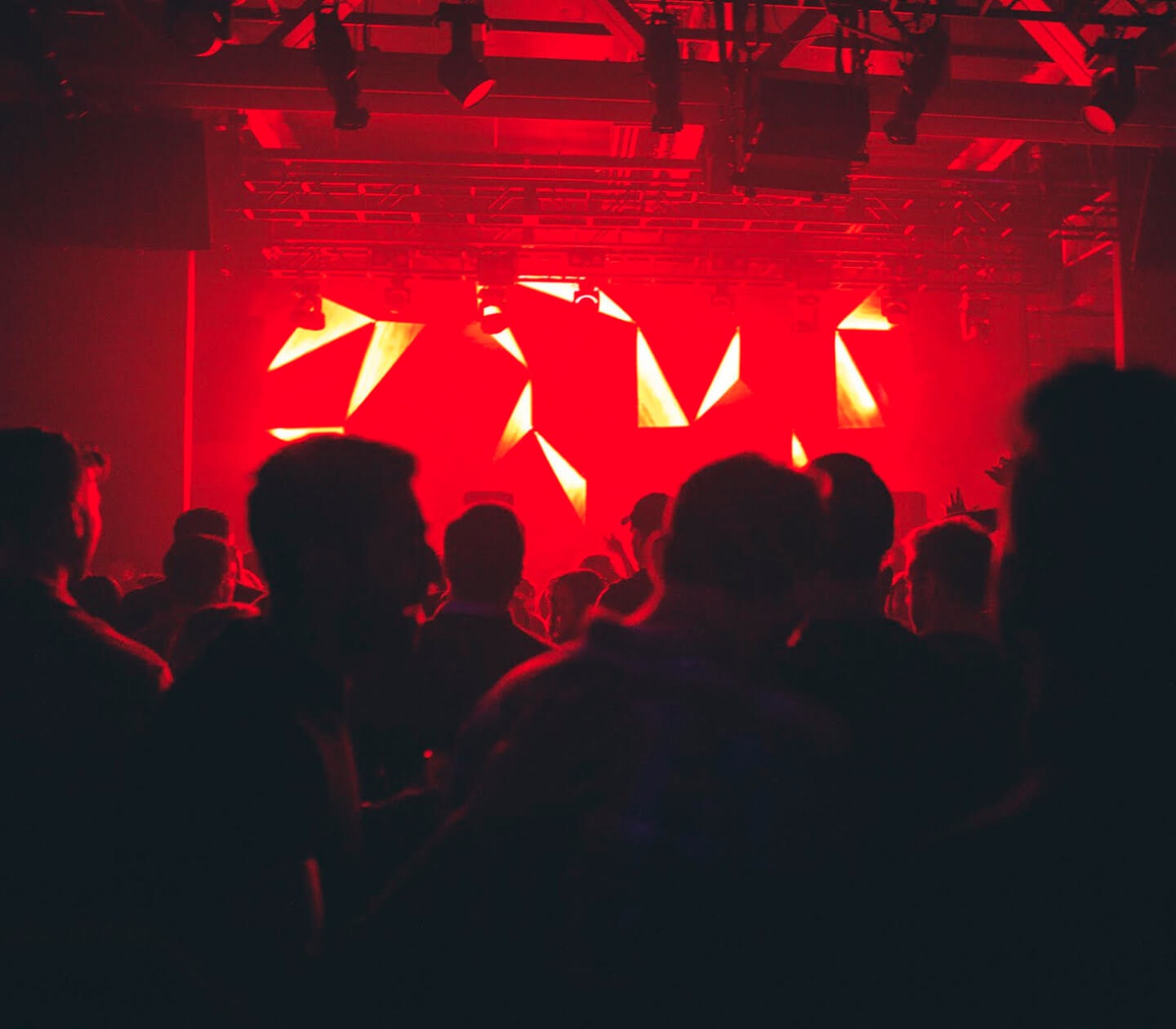 Covid-19 really put the kibosh on live events in the last 18 months, but in the world of tech, it also meant that live event startups that found a way to survive and grow throughout the period got a lot of attention. In the latest development, Dice — a London company that has built a platform to help people discover and attend live events that might be of interest to them — has raised $122 million, a funding round that sources tell us values the company at $400 million.

Dice focuses these days mostly on live music, and in the peak of the pandemic, as everyone was locked down, it rejigged its business model to focus on live streaming: now with some 6,400 live streamed events and thousands more in-person events under its belt, to appeal to a wider audience with a wider range of needs, it is expanding around a multi-modal strategy, providing options to discover and attend/buy tickets to both streamed and in-person live events.

The new funds will be going towards expanding Dice’s geographic footprint with a special focus on the U.S. since this is where Dice’s business seems to be growing the fastest at the moment, as cities and consumers gradually come out of pandemic hibernation to spend time together again, in some cases at a frenetic pace. Phil Hutcheon, Dice’s CEO and co-founder, said that in New York alone, over 1 million people used Dice to find and attend events in the single month of August.

(Sidenote on investors and founders: Hutcheon co-founded Dice in 2014 with Ustwo, the agency that also spawned Monument Valley, helped incubate Tray.io and has worked on number of other creative projects alongside its digital agency business: I’ve confirmed that Ustwo, which hadn’t had an operational role in Dice in years, has also sold its shares in the startup in this round.)

Giants like Ticketmaster, Live Nation, StubHub and Eventbrite dominate the landscape for ticketing for events, but Hutcheon contends that these and other legacy platforms are too static and not fit for the modern age, and specifically modern demands.

They are expensive both for event organizers and attendees to use, and they have been slow to address both some of the more damaging parts of the event industry, such as ticket touting and counterfeiting; and some of the more promising aspects of it, such as providing better insights to event organizers based on all the data that can been gleaned from the average event browser and consumer.

“The world has been opaque around live performance, but it’s now 2021,” Hutcheon said in an interview. “The answer to shift it all is transparency. [Legacy ticket companies] make it all much more complicated than it should be.”

Dice’s answer has been to focus on three areas, Hutcheon said. First is making ticketing easy and secure for users and venues. Second is discovery: making sure people who are interested in a particular performance are given reliable recommendations of other events they might like, in locations that are realistic for them to visit. And third is community. In Dice’s case, this originally (and still) means finding like-minded people on the site, as well as visiting Dice and knowing what your friends or people like you might be interested to see. Now, on top of this, is a wider mandate for community, Hutcheon said.

“We didn’t think about in beginning, but loneliness has been a big issue,” he said, noting that one-third of 17-21 year-olds, a sweet consumer spot for the company, have reported loneliness during the pandemic. “Getting out to see culture brings people together.”

Dice took a very tech approach to addressing all of this. First, it focused on building a network of venues and promoters with which it works very closely on ticketing — currently there are over 3,600 of them, covering not just music venues and promoters but also theaters and their ecosystems. Alongside this, it has a built data set of its own, created around those who visit the site and shop for events, which in turn is used to help build and recommend events to “lookalike” visitors to Dice.

Then, the tech stack that this sits on is focused around digital, mobile-based ticketing to prevent reselling and counterfeiting and provide a legal way to resell tickets where the venue can refund a purchase and resell itself over Dice. And it continually provides analytics to venues, artists and promoters so that they can better understand how and where they are seeing demand for specific gigs and artists, when to consider larger or smaller venues, and more.

All of this helps Dice stand out in what is otherwise a pretty crowded market that has on top of that been toiling through dicey times. And just like Hopin and its huge boost due to virtual events, it’s helped Dice attract investors.

“The concert business is a tangled mess of archaic tools and taxing ‘industry standards’ where artists are paid last. Venues shell out for marketing and are beholden to ticket conglomerates. Fans have to hunt for shows and regularly buy overpriced tickets from secondary markets or scalpers. This doesn’t make sense!” said Fadell in a statement. “DICE re-engineers the entire live industry, not just a part of it: Venues are connected to fans and artists. Artists get transparency, access and control. Fans easily discover local shows and global live streams, and buy scalper-safe tickets with a single click.” Fadell is

All this was neither quick nor easy to build and scale. Dice, now active in dozens of cities, has been deliberate about those city launches: it chooses a place to build relationships with multiple venues so that, as Hutcheon described it, a rich picture of a city’s music (and other) events can be sketched out and filled in — and subsequently feed the recommendations for more events. The recommendations are a lucrative part of its business, with discovery driving more than 40% of tickets sold on Dice.

Hutcheon believes that Dice’s recommendation algorithms “are a huge advantage” but so is its selectivity. “We’re pretty careful about what gets onto Dice. The big question for us was, how do you scale curation? Our solution has been to partner with the best organizations and venues, and great bookers or artists.”

Pointedly, Dice doesn’t tap social graph data from other platforms, which partly meant that Dice took some 3.5 years to get its own platform off the ground.

Building its own dataset, Hutcheon said, “was seen as stupid at the beginning. ‘You could get there so much faster if you used Facebook’s Open Graph,’ people told us. But now it’s seen as smart for a couple of reasons: it gives us more control, but it’s also pro-privacy. If a site visitor doesn’t want recommendations, and only wants to see what is popular, then that’s fine, too.”

Dice doesn’t tap social data from other platforms, but it does leverage them to bring more audience to its service: it counts Spotify among its partners in that regard.

The next stages for Dice will be about not just expanding to more cities and netting in more live, in-person events — provided pandemic R-numbers being controllable — but also to continue innovating on the live streaming side. There is a lot of room for improvement there.

“We were seeing artists on Instagram doing pretty amateurish, lame performances, so we simply appealed to artists by saying: get paid and do this properly,” Hutcheon said. The focus so far has been not just on any performance, but trying to create iconic and distinctive ones: think Nick Cave playing in London’s Alexandra Palace.

“The fact that people were buying tickets in advance for livestreams made me realize that people needing things to look forward to,” he added. And he still thinks that will continue even as venue doors reopen. Dice’s live events data shows that for in-person events where tickets are purchased on its platform, about 80-85% of all tickets were sold to people living in major cities close to the event. But when it came to virtual live streams, only 39% came from major cities: “Older consumers, or younger kids, who couldn’t have gone to see Nick Cave in Ally Pally.”

Now they can, and that kind of “special” stream that isn’t a replication of anything a ticket buyer could see in person will be what Dice focuses on ahead. “This why we built the live-streaming stack. The future is hybrid broadcasting,” said Hutcheon.

“We believe DICE’s technology has the capacity to transform the future of live entertainment,” said Yanni Pipilis, managing partner for SoftBank Investment Advisers, in a statement. “Alongside the flexibility and security of seamless ticketing, the platform connects fans, artists and venues in a completely new way… We are excited to partner with DICE to help create remarkable event experiences for fans all over the world.”

Dice says that it is currently on track to have 49,000 artists and creators using its platform by the end of 2022.