Logitech’s webcam software is a mess 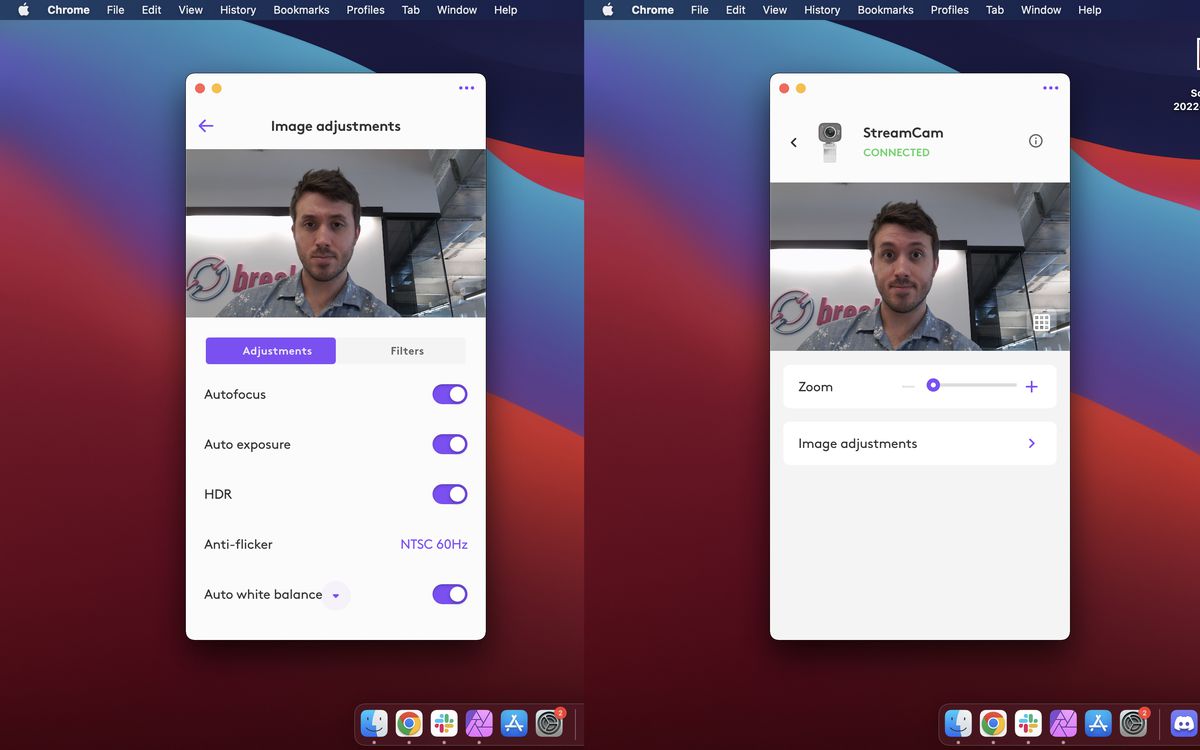 Logitech makes some of the most popular webcams in the world, but using them on some of the most popular computers, like the M2 MacBook Air or M1 Pro MacBook Pro, is a less than stellar experience. Plugging one into any M1 or M2 Mac for a video call isn’t an issue, but if you want to tweak in-depth settings or use some of these webcams’ highlight features, doing that right now ranges from clumsy to impossible. That’s because its most capable webcam software, Logitech Capture, isn’t available on computers with Apple silicon.

Logitech switched up its software plan for people who use newer Mac laptops and desktops without making much effort to tell anyone. Instead of offering Logitech Capture, its de facto software focused squarely on webcam settings and content creation features, it has two distinct and lesser Mac applications to choose from: Logi Tune and Logitech G Hub. Tune is a confusing app that lets you toggle settings for Logitech gadgets, with calendar integration added in, for some reason. G Hub was built for gamers who want to tweak RGB lighting and sensitivity settings for gaming-focused products and, now, webcams.

Each app’s interface looks different and lets you switch different settings, so you’ve got a choice with which app you use — too much choice, if you ask me, given how limited the functionality is within each one. But neither offers as many options as Logitech Capture. You can access basic settings, like the ability to zoom in for a tighter crop or make a host of adjustments to the picture settings (or set them to auto settings), but you can’t adjust the frame rate or the resolution. What that means is people who own an M1 or M2 Mac cannot utilize its face-tracking feature or switch between horizontal or vertical orientations on a nice, relatively high-end webcam like the $160 Logi StreamCam.

And this stuff isn’t super apparent unless you’re using an affected computer. I’ve tested webcams on a laptop without Apple silicon, so I only noticed after a reader reached out to note some of the Logitech picks in our best webcam buying guide have limited functionality on M1 and M2 Macs. There are plenty of posts on Reddit about this, too, and plenty of people working on solutions that Logitech hasn’t itself presented. Someone even succeeded with a workaround to get a previous version of Logitech Capture software working on an M1-equipped machine. It crashed on launch for me, though.

I asked Logitech if it planned to port Capture to computers with M1 and M2 chips. Spokesperson Christian Cooper told The Verge that “There are currently no plans for Logi Capture to support M1 or M2 chips. However, camera and video settings are supported in our Logitech G HUB software and on Logi Tune for macOS.”

After some follow-up questions on whether these apps deliver feature parity with Logitech Capture (they don’t) and if its new software strategy was born from a technical hurdle with M1 / M2 Macs (or if this sloppiness was the plan all along), Logitech spokesperson Ciara Dixon provided this boilerplate response that didn’t provide useful answers.

This software problem is an issue for newer Macs right now, but it’s about to be an issue for a lot more users very soon. As of the latest update, Logitech has sunset the Capture app entirely for Windows computers and older Intel-based Macs. In its latest patch notes for the software for both Windows 10 and several macOS versions, it says, “This is the final version of Logitech Capture and no new software updates will be available. Logitech recommends that you download and install Logitech G HUB if you want to adjust compatible webcam settings.” It has a support page that instructs all users to download Logitech G Hub, and it instructs users to uninstall Logi Capture.

Right now, this means if you own an M1 or M2 Mac, you can’t get the most out of your Logitech webcam. This problem will spread — by Logitech’s choice — to Windows and other Intel-based Macs later in 2022. We’ve, naturally, reached out to Logitech again for more answers.

Until Logitech is clearer about its software plans for its webcams, we’ll add a note in our webcam buying guide that your experience with its webcams will vary wildly depending on the computer that you use.