Light pollution is even worse than satellites show us 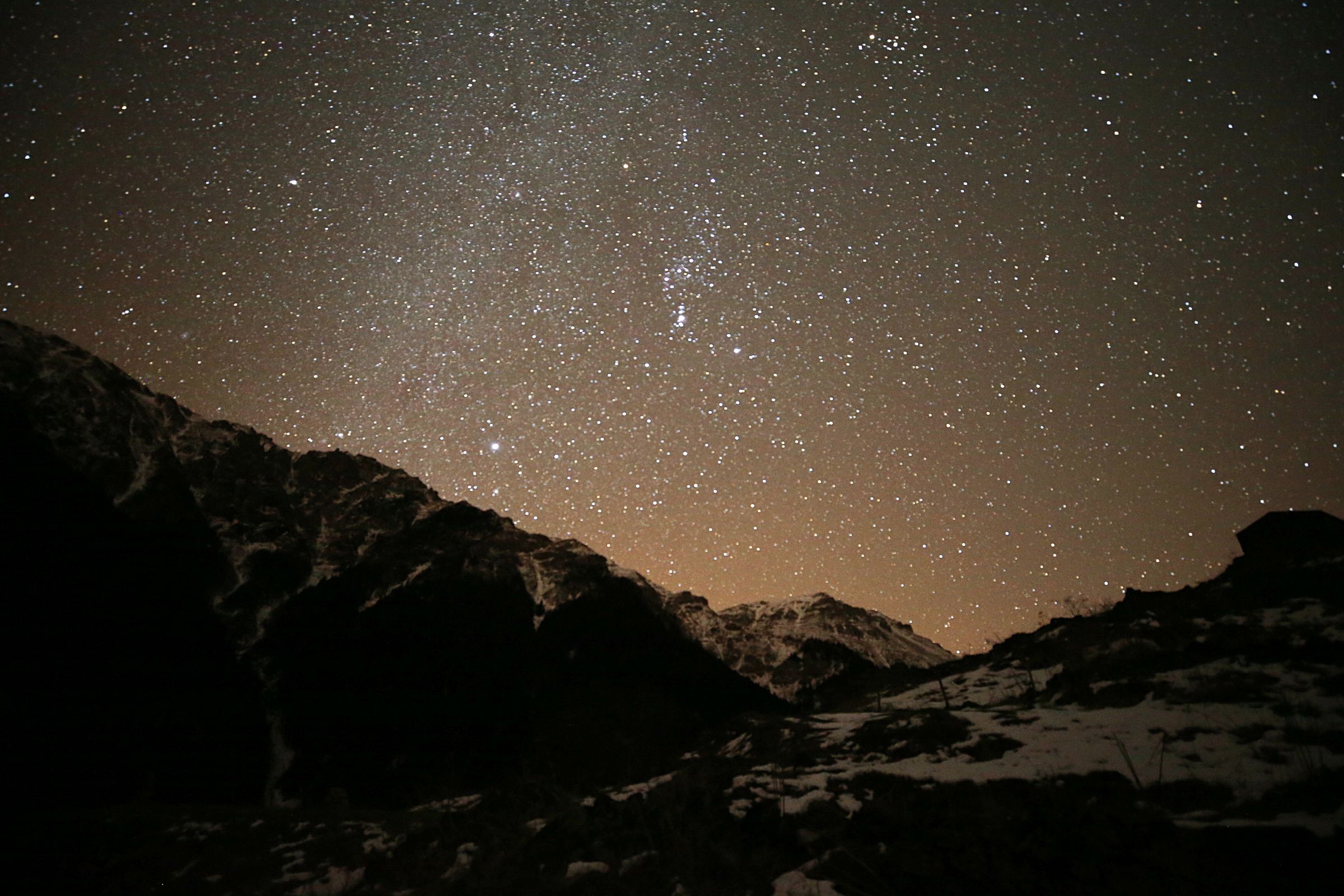 Satellites haven’t been able to pick up on growing light pollution from LEDs.

The brightness of the night sky has risen by an average of 10 percent each year, according to new research. That’s a significantly higher number than estimates made using satellite data — which put that figure at closer to a 2 percent increase annually.

In other words, light pollution — which makes sleep and many everyday tasks harder for people and other living things — has worsened at a much faster pace than expected. And just as LED lighting has become popular around the world, the satellites typically used to measure light pollution have been unable to fully track it.

At the rate we now know light pollution has grown, the brightness of the night sky doubles in fewer than eight years — a result of human-caused light pollution. A child born in a place where 250 stars are visible at night would only be able to see 100 of those stars by the age of 18.

Tens of thousands of individual stargazers around the world contributed to the discovery, published yesterday in the journal Science. The citizen scientists were able to make up for a blind spot satellites have when it comes to LEDs, which have become a big contributor to the problem.

The discrepancy has to do with the inability of older satellites to pick up on LED lights that have become prevalent over the past decade or so. LEDs save money and energy, so they’ve replaced more inefficient bulbs in many places. They’ve also flooded more outdoor locations with light that used to remain unlit at night because of the relative affordability of the technology.

But older generations of LEDs tended to emit light that falls in the blue end of the spectrum (although it’s often marketed as “white” light), which scatters more effectively across our skies. Moreover, those “white” LEDs have shorter wavelengths that older satellites don’t detect.

On the other hand, humans are more sensitive to those shorter wavelengths than longer wavelengths from more orange light. The new paper draws on 51,351 citizen scientist observations made between 2011 and 2022 through a National Science Foundation program called “Globe at Night.”

The program asked people to assess sky brightness by comparing what they saw at night to star maps. The study collected more data from North America and Europe than other regions, however. That means it might actually underestimate the problem because it lacks information from economically developing countries where light pollution is increasing more steadily.

There are a lot of different ways that pollution affects life on Earth, including people. Bright light can mess with our sleep hormone melatonin. And there are a lot of documented negative health effects that come with less peaceful sleep, like increased risk of chronic disease.

Artificial lights can also disrupt pollination by potentially distracting or scaring off insects, which could harm agriculture. Some birds navigate by starlight, which is harder to see in bright night skies. Light pollution makes it more difficult for fireflies to send signals to each other using their own light, and it might quiet down coyotes — who howl loudest during the dark skies of a new moon.

There are relatively simple ways to tackle those kinds of problems triggered by too much bright light at night. Motion sensors can dim or turn off lights when no one is around to need them. Newer LED lights that aren’t quite so blue could replace the older generation of lights. The UK actually saw a reduction in light pollution during the pandemic as offices kept their lights off at night. And newer generations of satellites might be able to better track the world’s light pollution. While we know what to do, action just hasn’t kept up with the speed and scale of the problem, the new study shows.

Humans need to rethink our awe of city lights, physicists Fabio Falchi and Salvador Bará write in a related paper commenting on the new research published in Science. “They do not perceive that these are images of pollution,” the paper says. “It is like admiring the beauty of the rainbow colors that gasoline produces in water and not recognizing that it is chemical pollution.”