Largest dinosaur skeleton in Europe found in backyard in Portugal 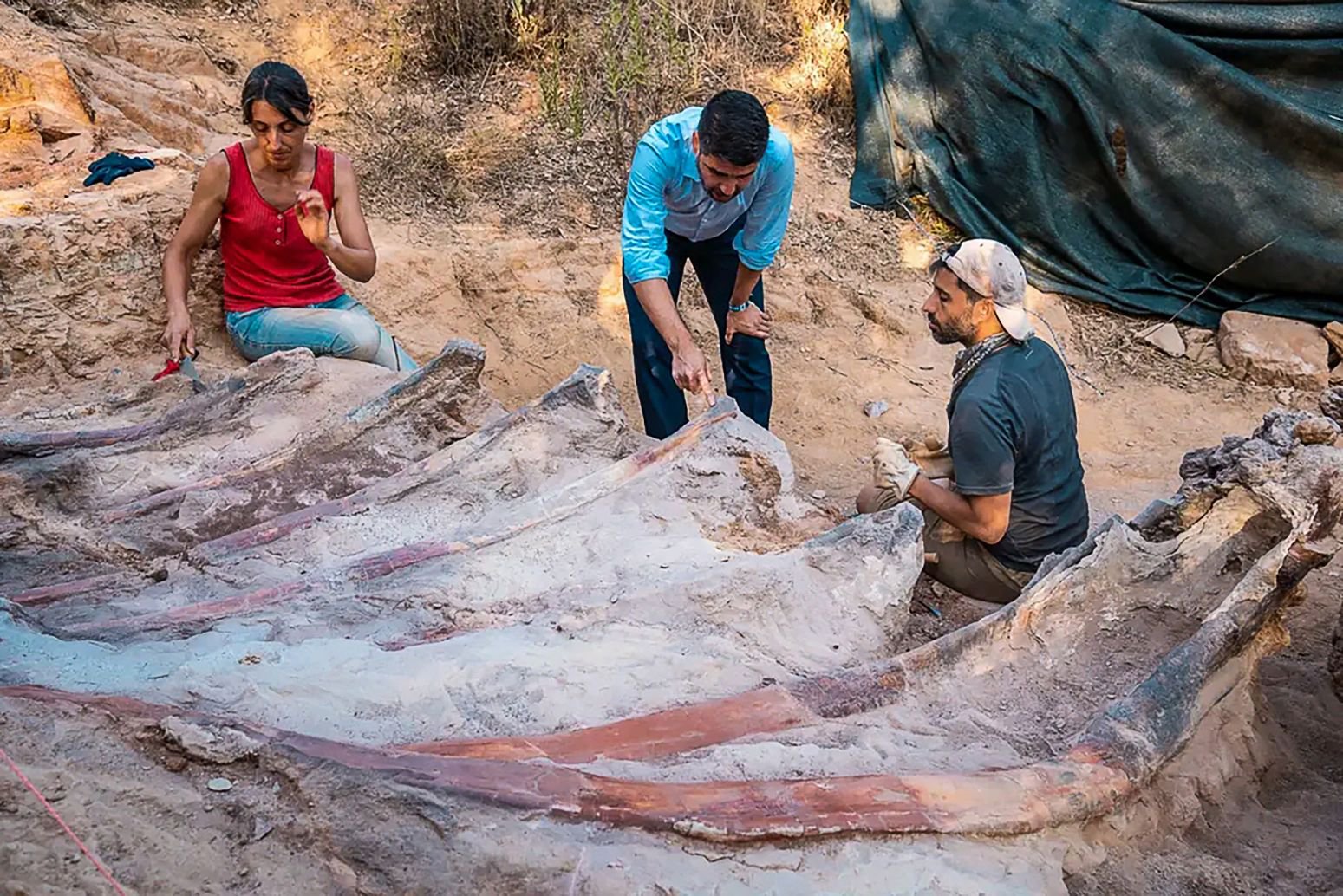 The largest dinosaur remains in Europe might have been found in a backyard in Portugal.

The remains of what could be a sauropod dinosaur were unearthed in the city of Pombal, in central Portugal.

Sauropods were the biggest of all dinosaurs and the largest land animals ever to have lived.

This particular dinosaur could have been 12 metres high and 25 metres long, making it the largest one ever found in Europe.

Excavation work began in the garden in the city of Pombal in 2017, when the owner of the property noticed fragments of fossilised bone and contacted researchers from the University of Lisbon.

Earlier this month, Spanish and Portuguese palaeontologists working at the site began unearthing the vertebrae and ribs of what they think is a brachiosaurid sauropod.

‘It is not usual to find all the ribs of an animal like this, let alone in this position, maintaining their original anatomical position,’ Elisabete Malafaia, a post-doctoral researcher at the Faculty of Sciences of the University of Lisbon, told Phys.org.

Sauropods include the brontosaurus and diplodocus which were herbivores, with long necks and walked on four legs.

Because of the natural position that the skeleton was found in, researchers are hopeful that further excavation may uncover more parts of the same dinosaur.

The skeleton was found in Upper Jurassic sedimentary rocks, suggesting it is about 150 million years old.

‘[This discovery] confirms that the region of Pombal has an important fossil record of Late Jurassic vertebrates, which in the last decades has provided the discovery of abundant materials very significant for the knowledge of the continental faunas that inhabited the Iberian Peninsula at about 145m years ago,’ Malafaia added.