Largest aircraft ever flown completes record-breaking flight in the desert 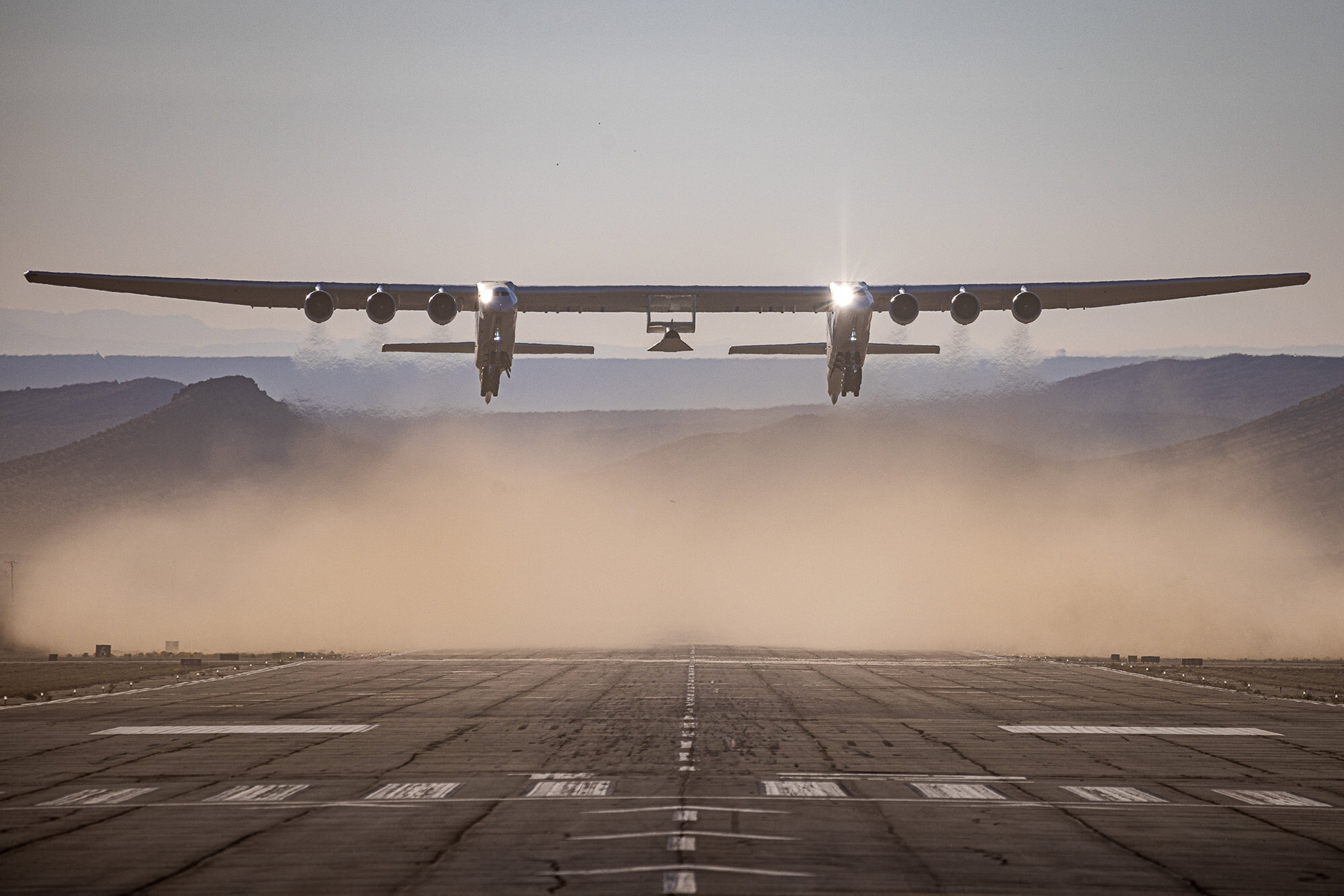 The world’s largest airplane has conducted a record-breaking flight over the Mojave desert in California.

The Stratolaunch Roc has a wingspan of 117 metres and is powered by six Boeing 747 engines.

The wingspan alone is longer than an American football field and dwarfs the 64 metre wingspan of a standard 747.

During a test flight earlier this week, the mammoth craft stayed aloft for six hours while bringing a separation test vehicle along for the ride.

Eventually, this plane could rival Richard Branson’s Virgin Galactic when it comes to delivering objects (and possibly people) to the edge of space.

During the test flight, it conducted practice manoeuvres and communication sequencing for an upcoming separation test.

The test vehicle – a Talon-A (TA-O) – is a reusable aircraft that can travel at hypersonic speed, more than five times the speed of sound. The Roc will conduct a drop test of the Talon-A prototype over the Pacific Ocean in December.

If successful, the company hopes to debut its first commercial hypersonic test vehicle, the Talon-A TA-1.

‘Our amazing team is continuing to make progress on our test timeline, and it is through their hard work that we grow closer than ever to safe separation and our first hypersonic flight tests,’ said Stratolaunch CEO Zachary Krevor.

‘We are excited for what’s ahead this year as we bring our hypersonic flight test service online for our customers and the nation.’

Stratolaunch says it hopes to be able to offer a ‘convenient, affordable, and routine’ access to space.

The company was founded in 2011 by Microsoft co-founder Paul Allen. Following Allen’s death in 2018 it was acquired by new owners who conducted the company’s first test flight in 2019.

Stratolaunch’s plane rolls along on 28 wheels and is designed to carry a rocket and payload with a combined weight of up to 250 tonnes.

That’s on par with what a SpaceX Falcon 9 rocket can carry launching from the ground.


MORE : Space has a trash problem and nobody’s quite sure how to fix it