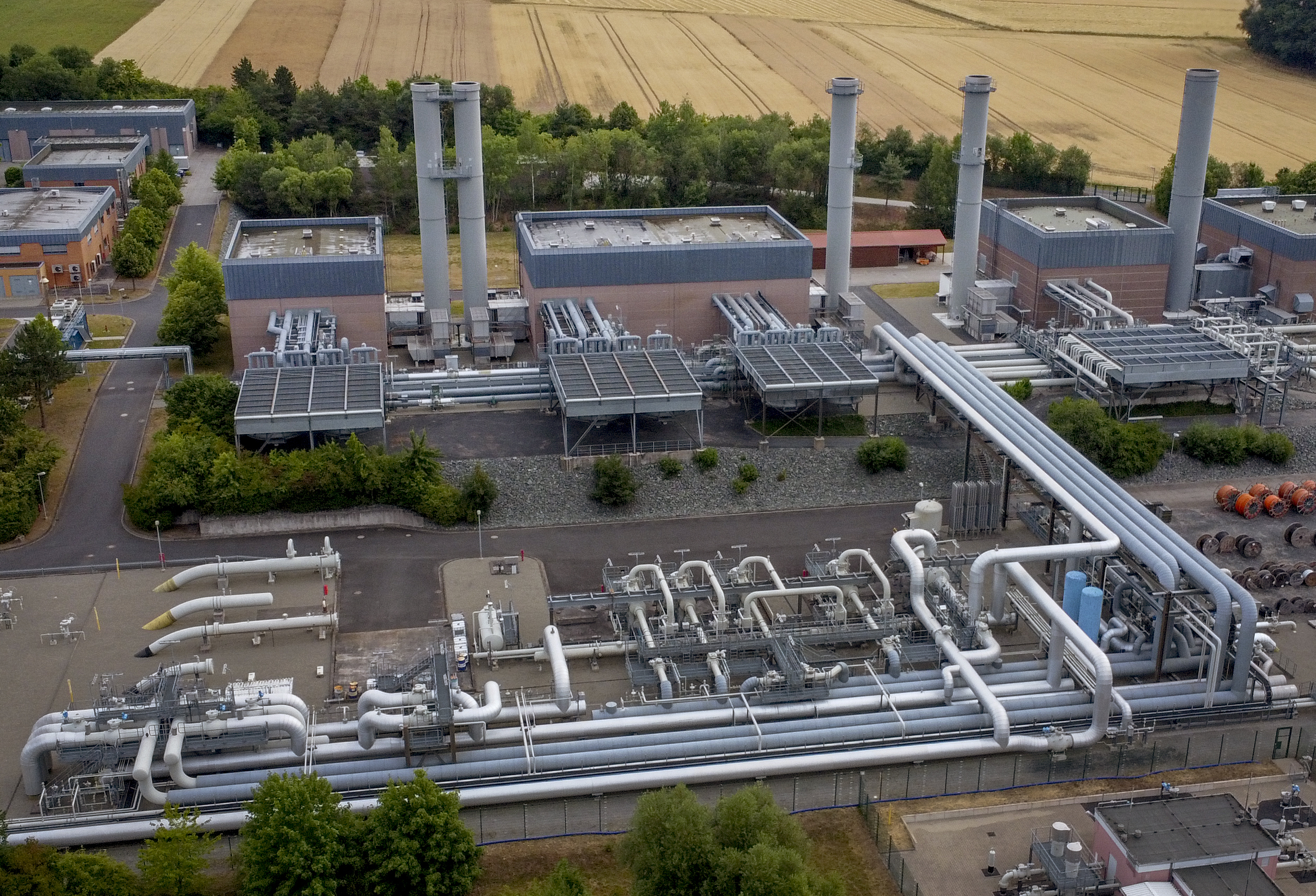 In recent memory, most citizens in western countries have not had to worry about the supply of vital resources needed to maintain quality of life.

Food, medicine, clothes – all have been, for the most part, available in vast quantities. But events in 2022 have shaken the status quo and put the supply of one critical resource in question: energy.

Worries around energy supply are particularly high in Europe, where French President Emmanuel Macron said on Aug. 24 the world faced the end of an easy abundance of goods and resources and “of a certain carefreeness.”

The existential threat of climate change has for years pushed governments to move away from polluting fossil fuels, but Russia’s war in Ukraine and the economic punishment that has come with it has thrown current European energy supplies into limbo.

Countries are eager to shift away from Russian fuel, but there’s a catch: many European nations have been reliant on it for years. The West has accused Moscow of carrying out an energy war by threatening to cut off Europe from its supply. It has cut supplies to Europe via the Nord Stream 1 pipeline in recent months, but has cited maintenance issues as the reason why.

Fearing a tough winter ahead, European nations have brought in several energy efficiency measures to shore up supplies for the cold season. This summer in Spain, officials ordered air-conditioning to be set no cooler than 27 C in public buildings, hotels, restaurants and shopping centres.

At the end of the summer, France planned on dimming illuminated public billboards overnight, and fining shops that leave doors open while using heating or cooling. Germany announced heating limits of 19 C in the winter for public buildings and colder public pools. It has also reckoned with a return to coal to boost energy levels.

As Europe plans to eventually shift to green energy, it’s seeking ways to maintain current energy supply as it moves away from Russian goods.

The nation is rich in natural resources and has an extensive energy history. The European countries, particularly Germany, have noticed this and are looking to Canada for help. That’s been evident in recent months with German pressure on Ottawa. It started with the controversial return of repaired turbines for the Nord Stream 1 pipeline to Russia in July, a move that angered Ukraine but Canada justified as essential to maintain energy levels, and support for Kyiv in the West.

Berlin has been working to become less reliant on Moscow’s fuel, with Russia accounting for 26 per cent of Germany’s gas imports in June, down from 55 per cent in 2021, the World Economic Forum reported on Aug. 24.

Germany has looked to Canada to prop up energy supplies in the country, particularly liquefied natural gas. Berlin also signed a hydrogen pact with Ottawa to plan for hydrogen shipments starting in 2025.

Canada has repeatedly signaled its intention to help Europe through its energy crisis.

“We have a political responsibility to do whatever we can to help them with this energy crisis that they are going through,” said Deputy Prime Minister and Finance Minister Chrystia Freeland on Aug. 25.

“They know that Canada is there, and we are working on all the practical ways that we can support Europe.”

But getting Canadian energy produced and out of the country hasn’t been easy as of late.

“Over time, gas and oil pipeline development in Canada became more complicated as the politics changed, both the environmental politics and the economic politics of oil and gas infrastructure,” said Sean Kheraj, an associate professor of Canadian and environmental history at York University.

Canada’s oil history dates back to the mid-1800s when the rich commodity was discovered in Enniskillen Township, Ont. It wouldn’t be until almost a century later before the discovery that would change the way we live, and uncork Alberta’s vast oil wealth, happened.

The oil strike in Leduc, Alta., in 1947 would set off an economic gusher for the country, if the oil in this distant region could be brought to where most people lived and worked — so began the business of moving oil long distance, by pipeline.

When the first Trans Mountain pipeline came online 65 years ago in British Columbia – which moved oil to the province from Edmonton –  it was immensely popular in B.C. as it was seen as serving the economic interests of the province with cheap, accessible oil.

However, political climates changed over time and getting new energy projects approved in Canada is now often fraught with uncertainty.

The Trans Mountain pipeline expansion project, which the Canadian government bought from Kinder Morgan Canada for $4.5 billion in 2018 after the company threatened to scrap it amid environmentalist opposition, continues to face hurdles.

Another example is the Keystone XL pipeline, which was blocked by U.S. President Barack Obama, revived by President Donald Trump and then finally ended by President Joe Biden. The Wall Street Journal recently reported that Biden actually wants Canadian oil, just not a new pipeline to bring it in.

The other big hurdle for Canada, the one it’s always had, is geography.

“Even if you go back to the 19th century, you can see industry commentators reflecting on this – the trapped resource problem for Canada: that Canada has energy resources, but they’re geographically trapped because they’re mostly in regions that don’t consume as much energy,” Kheraj said.

“Transportation is the kind of keystone for oil and gas. It has such a determinative factor on whether or not oil can be marketed, and it sets a kind of radius around Canada of how far oil and gas can travel.”

All of this then begs the question: how can Canada help support Europe with a clean and safe energy supply?

2:03
Hydrogen can leave carbon footprint depending on how it’s produced

Hydrogen can leave carbon footprint depending on how it’s produced – Aug 23, 2022

Why haven’t Canadian governments been able to work together on a coherent energy policy, and how this has held us back from playing a bigger role in supporting Europe during these tumultuous times?

The series will roll out on Globalnews.ca starting Sept. 12 and culminate with a documentary special airing Sept. 23. Here’s what readers and viewers can expect:

– Eric Sorensen with energy 101: breaking down the complexities of getting our products to market.

– David Akin will have an analysis on political accountability and mistakes of the past. Why haven’t we been able to win the energy battle and get our energy to Europe before the Russians?

– Anne Gaviola and Craig Lord exploring the business of oil and gas. What does industry need from policy-makers to meet the future opportunity without sacrificing our climate change goals?

– Neetu Garcha and Elizabeth McSheffrey will be reporting on energy reconciliation. Can a meaningful partnership with the Crown, Indigenous communities and industry provide the path forward?

– Heather Yourex-West will explore energy entrepreneurship. How making the most out of our energy now doesn’t mean we aren’t subscribing to reducing our climate footprint.

– And Crystal Goomansingh on Europe’s energy crisis. What can Canada do now to provide a win-win for both Europe and initiatives that need funding here at home?

— with files from Eric Sorensen, the Associated Press and Reuters

Meta is working on making it easier for users to switch between Facebook and Instagram accounts through a new profile switching tool. Anyone using either...
Read more